Despite negative portrayals of President Erdogan, he has been successful in his recent diplomatic efforts. 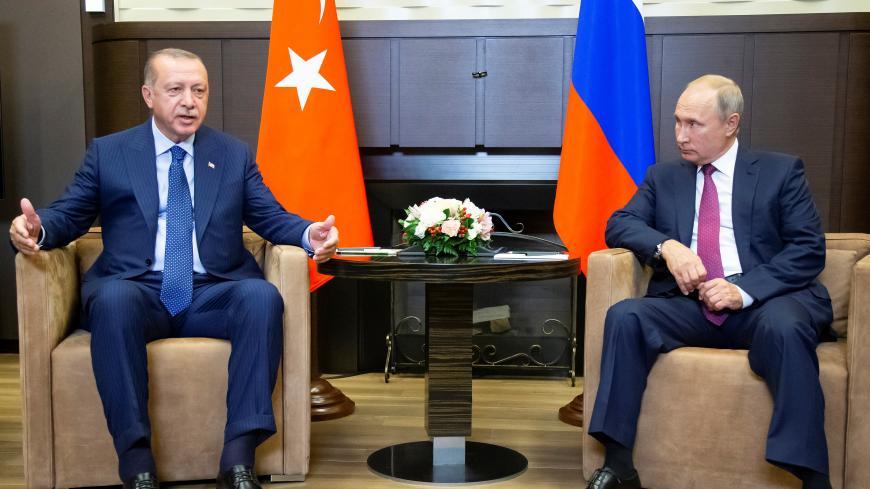 Let us set the record straight: Turkey’s President Recep Tayyip Erdogan emerged triumphant from his meeting with his Russian counterpart Vladimir Putin. The Sept. 17 meeting in Russia’s Black Sea city of Sochi was the third time the two leaders met in three weeks.

Erdogan got what he wanted concerning Idlib: no offensive to the province where Turkey’s Syrian allies have regrouped alongside Hayat Tahrir al-Sham (HTS), formerly known as Jabhat al-Nusra, al-Qaeda’s Syrian affiliate.

In Sochi, Erdogan almost completely reversed the humiliation he experienced during the Tehran summit the first week of September. During that live, televised meeting with Putin, Erdogan demanded a cease-fire to prevent an imminent Russian-Syrian offensive to retake Idlib for Bashar al-Assad’s regime. But Putin sarcastically rebuffed the Turkish leader, and the summit host, Iranian President Hassan Rouhani, seemed to side with his Russian counterpart.

Putin and Erdogan displayed an unusual warmth at the end of their two-hour meeting on Sept. 17. The two men smiled, and Erdogan affectionately squeezed Putin's right hand between his own. Following the meeting, Russian Defense Minister Sergei Shoigu announced there would be no new military operation against Idlib by Syrian government forces and their allies.

Putin told reporters at a joint news conference with Erdogan: “We agreed that by Oct. 15 [we will] create along the contact line between the armed opposition and government troops a demilitarized zone of a depth of 15-20 kilometers, with the withdrawal from there of radically-minded rebels, including Jabhat al-Nusra.”

“By Oct. 10, at the suggestion of the Turkish president, [we agreed] on the withdrawal from that zone of the heavy weapons, tanks, rockets systems and mortars of all opposition groups,” Putin said. “The demilitarized zone will be monitored by mobile patrol groups of Turkish units and units of Russian military police.”

Neither Putin nor Erdogan explained how they planned to differentiate “radically-minded” rebels from other anti-Assad groups. It was also not immediately clear how much of the city of Idlib fell within the demilitarized zone.

Such uncertainties, however, cannot conceal the fact that Erdogan is now rightly in a position to claim that he achieved an incontrovertible diplomatic success:

After the Sochi meeting, Erdogan said, “The opposition will continue to remain in the areas where they are. In return, we will ensure that the radical groups, which we will determine with Russia, will not operate in the area under discussion. … Russia will surely take necessary precautions to ensure the Idlib de-escalation zone is not attacked.”

The Sochi deal indicates that Putin considers it a priority to keep Erdogan on board in the Syrian theater. The aim of such a strategy is to invest in the growing tensions between Turkey and the United States over the Kurdish presence to the east of the Euphrates. For Putin, not alienating Erdogan takes priority over launching an offensive to deliver Idlib to Assad.

Erdogan, during the joint press conference in Sochi, as if confirming Putin’s implicit game plan, drew attention to the areas east of the Euphrates and said terrorist activity is not confined to Idlib. The biggest threat to Syria's future lies in the nests of terror to the east of the Euphrates, he said, naming the Kurdish People's Protection Units (YPG) and the Democratic Union Party (PYD), both US allies in the fight against the Islamic State, as terrorist groups that must be brought down.

Turkey’s controversial president is now preparing another diplomatic win. He will visit Germany Sept. 27-29, and German President Frank-Walter Steinmeier will receive him with full honors: a military ceremony and a festive banquet at the official residence of the German president, the Bellevue Palace in Berlin.

For Erdogan to have such an opportunity in Berlin, only a year after he accused German leaders of being Nazis, is astounding. And Turkey might be offering Berlin a big prize: the modernization of Turkey’s railroads. The enterprise, worth 35 billion euros, is a replay of the 1898 Berlin-Baghdad railway project, which brought German Emperor Wilhelm II to Turkey and sealed the future alliance between the Ottoman Empire and Germany in World War I. Ottoman Sultan Abdul Hamid II — admired by Erdogan and all the Turkish conservatives — oversaw the deal.

Erdogan, now following in the footsteps of his role model Abdul Hamid II, is expected to discuss the lavish project during his visit to Berlin. It could be an economic boost for both countries. It could also provide a much-needed European cover for Erdogan, who has faced intense criticism for Turkey's poor human rights record and for putting an end to democracy.

German weekly Der Spiegel reported on the railroad modernization project: “A consortium led by Siemens is to build new railway lines, electrify old ones and install modern signaling technology in the country. German national railway Deutsche Bahn is also slated to help with the planning of the megaproject, which will include new high-speed lines throughout the country, including tunnels, overhead lines and rolling stock."

It continued: "The offer also came attached with the request that Germany help finance the railway construction project. No decision has yet been made on whether Berlin will back the project. … But in its talks with the Turkish government and Siemens, the German government has expressed its willingness to consider providing financial support. If the project comes to fruition, it would be the most striking evidence yet of the spectacular diplomatic turnaround that German Foreign Minister Heiko Maas tried to push forward during his visit to Turkey last week.”

Der Spiegel called the railway "a further indication of the new, deliberate course being pursued by German foreign policy. … [I]t is seen as a way to slow the Chinese, who have been expanding their global influence for years in the form of billions in investments in Africa. Beijing has recently had its eyes on Turkey. The railway project is exactly the kind of thing Beijing would like to be doing itself. Turkey's rail network is, after all, of strategic importance for the trade route between Europe and Asia — a vital steel link within the New Silk Road.”

Germans get nervous when reminded that they are appeasing an autocratic regime in Turkey. When their economic interests dominate, they are ready to ignore the gross violations of human rights and democracy in Turkey. However, it was hard to comprehend why a delegation from the pro-Kurdish Peoples' Democratic Party (HDP) was deprived of an appointment with Chancellor Angela Merkel and Foreign Minister Maas. The delegation included the HDP chairman, the deputy speaker of the Turkish parliament, and a parliamentarian of Yazidi background who was also a former member of the Bundestag. Despite the delegation's persistent efforts, a meeting was refused. Even a symbolic five-minute audience with high-level German officials could assuage the worries of the HDP leadership, whose legendary former chairman, Selahattin Demirtas, is in jail, a victim of Erdogan’s rage.

For the current German leadership, not attracting Erdogan’s rage is the priority. Moreover, it is important to pamper him for the sake of a German geopolitical gambit, which is presented as being on behalf of the Western world, at a time when its leadership has been vacated by Donald Trump. Most important, perhaps, is the 35-billion-euro deal to be reached with Turkey.

For Erdogan, consolidating his partnership with Putin and having Merkel serve as his political and economic savior will be a most welcome development.

For all the international news analyses that lead one to believe Erdogan is in decline, it is time to reconsider.