Erdogan in Germany: A controversial but successful visit

Turkish President Recep Tayyip Erdogan's visit to Germany has been an achievement as he managed to return to Turkey without committing himself to improve the human rights and democracy record of his country while getting what he wanted. 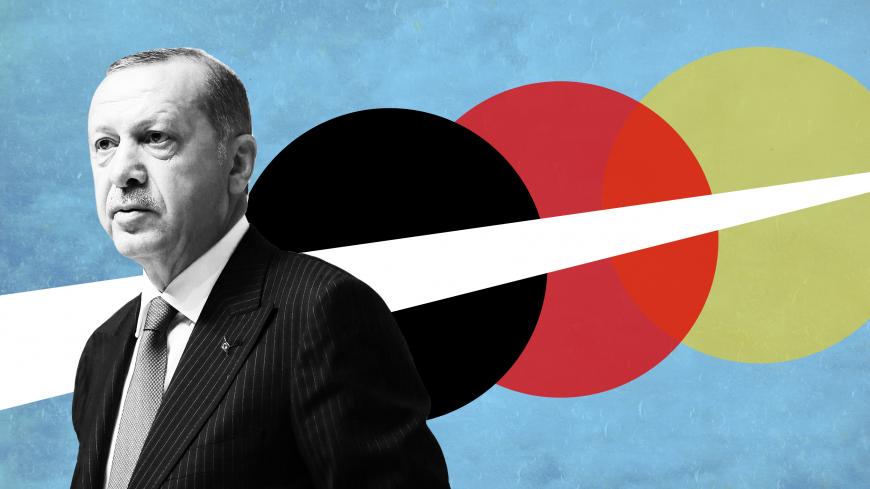 Wrapping up his long-awaited, three-day controversial visit to Germany, Turkey’s President Recep Tayyip Erdogan, before returning to Turkey, said in Cologne, “Grace to God Almighty, we have achieved a very productive, a very successful visit. In our talks with [President Frank-Walter] Steinmeier and [Chancellor Angela] Merkel, we covered the issues of common interest in frankness. I emphasized that, putting aside our differences of opinion, we have to focus on our common interests. We will enhance our cooperation in every field, ranging from the struggle against terrorist organizations to the refugee crisis, from conflict to trade wars.”

Thousands of protesters in Berlin and Cologne, many of them Kurdish or Alevi Turks resident in Germany, took the streets under heavy security measures, displaying their outrage about his autocratic rule and violations of human rights and basic freedoms in Turkey. In Berlin, all the roads leading to the famous Hotel Adlon Kempinski — a stone's throw away from the Brandenburg Gate, the national symbol of Germany at the heart of the city — were cordoned off with sharpshooters placed on rooftops. The demonstrators in the nearby Potsdamer Platz carried banners, with the slogan “You are not welcome.” Such banners also were raised in other parts of Berlin and Cologne.

Nevertheless, Erdogan was satisfied with his visit.

The New York Times’ assessment seemed just the opposite. “A three-day state visit to Germany by President Recep Tayyip Erdogan of Turkey was supposed to be aimed at repairing relations at a time of a looming economic crisis at home."

"But if Mr. Erdogan was on a charm offensive, Germans seemed to agree that, after just 24 hours in Berlin, it was more offensive than charm. The first thing the Turkish president did? Mr. Erdogan apparently flashed a four-fingered Muslim Brotherhood salute in central Berlin and demanded the extradition of 69 Turkish exiles in Germany, among them journalists and lawyers investigating Mr. Erdogan’s government and risking prison at home. Chancellor Angela Merkel was not impressed."

Ali Yurttagul, a Berlin resident of Turkish descent who served over 20 years in the European Parliament in Brussels and dealt with EU-Turkish relations, wrote, “Berlin is an important capital. Not only because it represents a significant portion of Turkey's international trade, 26%, but also to balance the Donald Trump factor. The devaluation of the lira might stop after Erdogan's visit to Berlin, for example."

“There are other positive policy changes as well; for example, Berlin toned down its travel warning and lifted the limits on the Hermes export credit guarantees issued by the German federal government. If we still had the conditions at the peak of the crisis between the two countries when the Christian Democrats, Social Democrats and Greens were proclaimed as enemies of the Turkish Republic when Mrs. Merkel was portrayed as the new-era-Hitler in the Turkish pro-government media, these economic sanctions would solidly stay in place. Now, these two countries are talking about solidarity, not sanctions. Even the discourse has changed. Have you heard Erdogan ranting about Europe recently?,” he added.

Did Erdogan step on a red carpet when he descended to the tarmac of the Berlin airport? Yes, he did. Was he accorded a reception with military honors? The answer is yes. Was he given a state banquet in Schloss Belvedere, the residence of the German presidents? Yes!

The German critics of his state visit said the German authorities could have received him on just a working visit, with a much different level of protocol. All who are privy to background information know very well that Erdogan insisted on a state visit, a red carpet welcome with military honors and a banquet dinner at the Belvedere Palace. He came to Germany upon getting what he wanted beforehand.

He had a working, business breakfast meeting with Merkel in Berlin. The outcome is that Merkel will be in Istanbul with French President Emmanuel Macron and Russian President Vladimir Putin for a four-nation summit on Syria. Erdogan, by bringing together the leaders of Russia, France and Germany to Istanbul as the host and as the owner of the initiative on Syria, further postponed any imminent attack on Idlib. His visit to Germany was very fruitful and successful from this angle of international diplomacy.

The beef about his visit to Germany was that not enough attention was paid to the economy and financial matters while Turkey is in the grip of crisis. Some experts say Turkey is already experiencing stagflation. What did he get on the issue of economics?

The answer will be evident if and when a deal on building new railway lines, electrifying old ones and installing modern signaling technology is reached. It is a megaproject worth 35 billion euros ($40.6 billion). A consortium led by Siemens is interested in taking the challenge, with the German national railway Deutsche Bahn entrusted to help with the planning. The influential Der Spiegel recently reported the following:

“As was the case more than a century ago, Germany is Turkey's preferred partner. … But the offer [the railway modernization project] also came attached with the request that Germany help finance the railway construction project. No decision has yet been made on whether Berlin will back the project in the form of state Hermes loan guarantees or if it will provide direct loans from the state-owned KfW banking group. But in its talks with the Turkish government and Siemens, the German government has expressed its willingness to consider providing financial support.”

We know that German Economy Minister Peter Altmaier, accompanied by a big delegation, is to visit Turkey soon. For those Germans giving priority to the defense of human rights and democratic conduct in Turkey, the stand of Merkel is repugnant. A commentary by Stefan Vetter in Mannheimer Morgen following the Erdogan-Merkel meeting reflected that sentiment:

“Erdogan's spy apparatus is apparently everywhere. And what is the chancellor doing? She announces that her minister of economic affairs, Peter Altmaier, will soon be traveling to Ankara with a large retinue. Economic interests seem to rank higher than the rule of law and human rights. That's a fatal impression.”

During the joint Erdogan-Merkel press conference, a Turkish-German photographer in the front row wearing a T-shirt with a message written in Turkish saying “Freedom to journalists in Turkey” was kicked out by security personnel. While he was dragged out of the room by force, Erdogan was looking at Merkel and smiling. That incident inspired Can Dundar, a former editor-in-chief of the daily Cumhuriyet and a renowned Turkish journalist in exile in Berlin whom Erdogan castigated as “an agent” during the joint press conference, to remark that “Erdogan brought Turkey to Berlin.”

The New York Times reporter wrote, “Though not holding back her criticism, Ms. Merkel was visibly uncomfortable with a joint appearance that showed clumsy diplomacy not just from the Turkish president but also from a Western power that ultimately has to deal with a budding dictator on Europe’s border. … If the Turkish president was looking to reassure financial markets, improve business ties and seek political support, he went about it clumsily.”

That does not change the fact that Germany’s economic interests and its strategic perceptions override all other elements, including the state of human rights and the democratic record of Turkey. At their post-meeting press conference, Merkel argued that the important thing was that the two sides were talking. "I consider the visit very important because when there are differences, a personal meeting is vital to resolve them," Merkel said.

Steinmeier, too, in his highly critical speech delivered at the state banquet, while underlining concerns about the German citizens imprisoned in Turkey and the “Turkish journalists, trade unionists, lawyers, intellectuals and politicians who remained behind bars,” proceeded to say, “Germany and Turkey need each other — also in Europe. We need each other in the bid for peace in the Middle East, in the fight against terrorism and for the efforts to alleviate the situation of the refugees from war zones in the region. … We should talk about how we can tackle these tasks together.”

Realpolitik counts nowadays in Berlin as seen in Germany’s acquiescence to Erdogan despite all his “clumsiness” and the disputes between the two countries. The situation is perhaps best explained by the prestigious conservative daily Frankfurter Allgemeine Zeitung. Under the title “Keine Normalisierung" ("No Normalization”) it nevertheless wrote: “The Turkish president has done little to mitigate the outrage of those who regard his reception with military honors in Berlin as a mistake or even a betrayal of the values of the West. … We have a national interest for the NATO partner on the Bosporus not to stumble into Putin's arms. We cannot want Turkey to sink into an economic crisis in which Ankara exports mainly refugees from neighboring war zones and its own country. Erdogan should now know that only better relations with the EU, especially Germany, can avert the economic bankruptcy of his rule. Whether he is ready and able to fulfill the conditions without which a rapprochement with democratic Europe remains unthinkable is another question. You can only find that out when you talk to him. The situation in which the Erdogan regime is located could facilitate negotiation. For a state visit — on whose pomp Erdogan attached importance — there is a specific protocol. [Soviet leader Leonid] Brezhnev, although not a flawless democrat and then formally not yet head of state, even got a Mercedes gift.”

Erdogan was aware of this overriding principle of German realpolitik. With that awareness, he insisted for a red carpet welcome with military honors and the opportunity to open a mosque in Cologne; this allowed him to parade as the leader of the Muslim world, something he was denied in Germany a year ago. He returned to Turkey without committing himself to improve the human rights and democracy record of his country.

In the light of all this, was he successful at the end of his controversial visit?