Turkey’s demographic fabric is expected to change dramatically in the coming decades, driven by a combination of factors, including the influx of migrants with high birth rates and Turkey’s own economic and political woes. 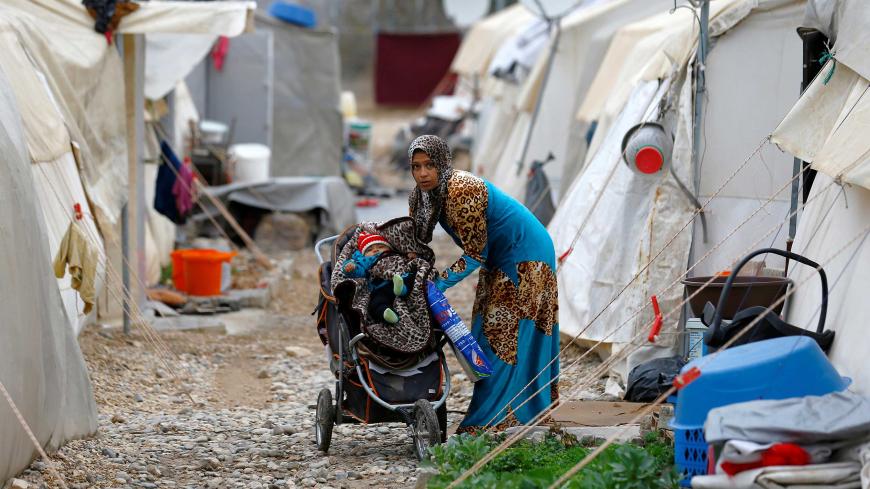 A Syrian refugee puts her baby in a stroller at the Nizip refugee camp, near the Turkish-Syrian border, in Gaziantep province, Turkey, Nov. 30, 2016. - REUTERS/Umit Bektas

ISTANBUL, Turkey — Although Turkey is no stranger to migration, unprecedented demographic changes are in store for the country in the coming years, experts say. This is not only because the number of incoming migrants is on the rise, but also because Turkey faces simultaneous problems of brain drain and economic instability.

Located between Europe and Asia and bordering eight countries, Turkey has a citizenry of nearly 81 million, Europe’s third largest. Though its population growth rate has fallen drastically from 1.31% in 2009 to 0.52% in 2017, the number of people under Ankara’s wings is on the rise.

Some 395 Syrian babies are born each day in Turkey, said professor Murat Erdogan, head of the Migration and Integration Studies Center at the Turkish-German University in Istanbul, explaining how prominently refugees bear on the demographic equation. “In 10 years, Turkey’s demographics will be in the hands of the Syrians,” he told Al-Monitor.

“There are 3.5 million registered Syrian refugees but the real number is higher than that. There are also around 1,000 Afghan and Iraqi refugees [illegally] crossing to Turkey from the southeast daily,” Erdogan said, adding that border control is still not thorough.

Stressing that the number of Syrian refugees has shot up to nearly 4 million from 58,000 at the break of the war in 2011, Erdogan predicts Turkey will have some 6 million Syrians in the next decade, making up at least 7.5% of the country’s overall headcount.

“Turkey’s birthrate has fallen due to urbanization, but the number of incoming migrants is rising sharply. Moreover, these groups have high reproduction rates, and one day the government will have to reunite them in Turkey with their families who at the moment are in Syria or elsewhere,” Erdogan said.

“I don’t expect many Syrians to return home when the war is over. And even if they do, 50 new babies would be born in the place of 50 people who leave,” he said.

According to the scholar, the problem is compounded by a growing emigration trend, or brain drain, of young, well-educated Turks.

“If you don’t have oil or gold, what you have is human capital. And they are now leaving,” Erdogan said, noting that the loss of a single well-educated person to brain drain costs Ankara 10 times more than accommodating a single incoming migrant.

Meanwhile, Turkey received 466,333 immigrants, a 22.4% increase from 2016, according to the same dataset. The figure excludes the refugees, who have a different legal status. Most of the immigrants came from Iraq, Afghanistan and Syria. Istanbul, home to 15 million people, was the newcomers’ favorite place to settle.

A Turkish marketing executive, who moved to Canada last year, says that leaving a high-level position in Istanbul was a hard decision, but that apprehension over the country’s future prevailed after the botched coup attempt in 2016.

“Unfortunately, Turkey is a closed chapter for us,” said the 33-year-old, who requested anonymity due to concerns that the government might flag her family. “Despite our love for our country, my husband and I made a decision to move the morning after the July 15 coup attempt in 2016 as we were both traumatized.”

Referring to their plans to have a child, the woman said that both she and her husband, a former insurance executive, were convinced they could not raise a child in line with a liberal lifestyle in today’s Turkey.

“After July 15, Turkey has no space left for people like us — those who are educated, modern and Western-oriented,” she said. “Private schools are too expensive and, in public schools, you do not know whether your child’s teacher would turn out a religious figure. We are currently not thinking of coming back.”

Since the coup attempt, many academics, writers and journalists have left for Europe or the United States amid massive purges and a crackdown on dissent. Also, at least 12,000 millionaires left the country in 2016 and 2017, and some 2,000 Turkish Jews have applied for Portuguese citizenship.

Ankara has only recently begun to acknowledge the problem, having branded those who leave as traitors or terrorists in the past. President Recep Tayyip Erdogan said March 31 that those complaining about life in Turkey were “a burden for the country” and the government was ready to buy them one-way tickets to go.

Pointing to the other side of the coin, migration expert Elif Ozmenek warned, “Turkey is doomed to be a target of unqualified migration.”

Ozmenek said Turkey used to be a transit migration route in the past, but has now become a target country for immigrants. “We do not know who crosses into the country and yet we know they come to stay,” she told Al-Monitor.

“At least one-third of the [Syrian] refugees we are hosting are illiterate and their integration is especially poor, given the language barrier as well,” she said.

“The real trouble,” however, is that Ankara continues to “miss the bigger picture in a bid to use the refugees for blackmail,” Ozmenek said.

In 2016, as the Syrian war raged, President Erdogan threatened to unleash a new wave of migrants on Europe amid a row over Turkey’s European Union accession bid. At the time, Turkey had around 1 million fewer refugees than today. Since then, anti-refugee sentiments in the country appear to have hardened as well. A study by Bilgi University shows that Turks, who are notoriously polarized politically, find the largest common ground in their wish for the Syrians to go home.

In recent months, Ankara has also increasingly spoken of the refugees’ return, especially to areas on the western side of the Euphrates River in northern Syria that have come under Turkish military control. On Sept. 9, Interior Minister Suleyman Soylu said 255,300 Syrians had returned voluntarily in two years.

Ozmenek said the number of returnees was close to insignificant compared to the number of those who remain in Turkey. She criticized Ankara’s migration management policies as lacking aim, focus and clarity, warning of a “ghettoization” trend —– the gradual formation of mass underprivileged urban living spaces.

Amid deepening economic woes, fueled by the meltdown of the Turkish lira, the unemployment rate for young people has reached 19.4%, and inflation 17.9%.

“I am sorry, but given all these factors, I can see nothing but an environment reflecting the AKP’s failed regional ambitions,” Ozmenek said, referring to the ruling Justice and Development Party.