Well-educated, qualified young people from Turkey’s “Gezi generation,” which led mass anti-government protests in the summer of 2013, are increasingly emigrating to the West, having lost hope in the future of their country. 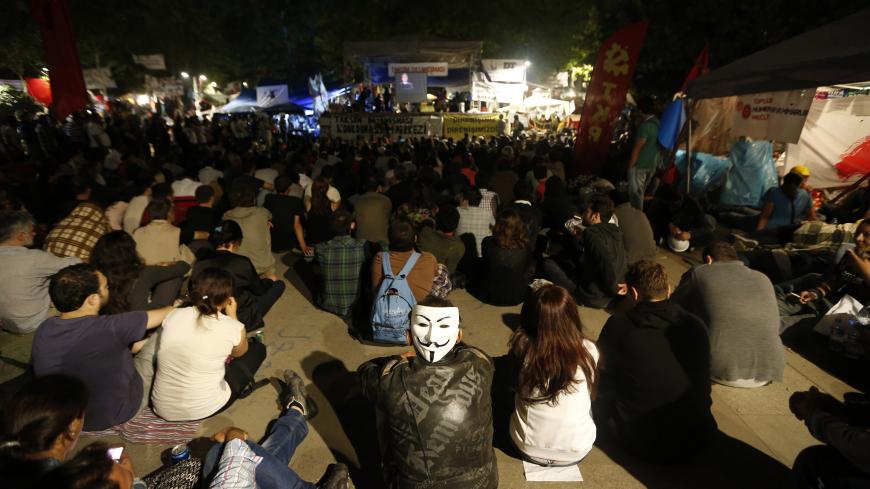 Speaking at an Istanbul fair Sept. 13, Turkish Industry and Technology Minister Mustafa Varank — a long-time chief adviser to President Recep Tayyip Erdogan before joining the Cabinet after the June elections — lamented that the country was “unfortunately losing its qualified human resources through brain drain.” It was a rather remarkable statement, for such admissions are rare in Turkish government quarters.

Varank’s statement is backed by newly released official statistics that speak of an accelerating, dramatic brain drain that is stripping Turkey of its well-educated youth — the sole strategic asset the country has for any quest of global competitiveness and prosperity. According to migration data released Sept. 6 by the Turkish Statistical Institute, the number of Turks emigrating due to “economic, political, social and cultural” reasons increased 42.5% to reach 253,640 in 2017. More than 42% of those emigrants were aged 25-34, and 57% were from big cities such as Istanbul, Ankara, Antalya, Bursa and Izmir. In other words, roughly half of the those leaving Turkey are young urban people.

The staggering 42.5% increase in emigration last year stems from the political watersheds in 2016 and 2017. The failed coup attempt on July 15, 2016, and the ensuing state of emergency resulted in severe restrictions on rights and freedoms. Then came the April 16, 2017, constitutional referendum, in which an authoritarian presidential regime was narrowly approved. Erdogan’s victory in the June 24 elections, which completed the transition to the new regime, and the ensuing economic downturn are expected to further accelerate the emigration wave.

This gloomy forecast is backed by the findings of a recent survey that polling company Istanbul Economic Research shared with Al-Monitor. The survey, conducted in August among 2,500 respondents across Turkey, asked young people aged 24-35 what investment they would make if they had 5 million Turkish liras ($780,000). Some 10% of respondents said they would start a business abroad; another 8% said they would buy a home abroad. Company director Can Selcuki believes that “the impact of worsening economic conditions on the cost of living and the labor market will increase the young white-collars’ motivation to leave.”

Many of those leaving Turkey belong to the young generation that became politicized during the mass anti-government protests in Turkey in the summer of 2013, which came to be known historically as the “Gezi resistance.” The protest movement was triggered by a plan to build a shopping mall in the place of Gezi Park on Istanbul’s iconic Taksim Square, replicating Ottoman barracks that stood there until 1940. As earth-moving machines moved in, police clamped down on a small group of environmentalists camping in the park, igniting street demonstrations across the country for weeks. The well-educated young professionals who took to the streets spontaneously in the early days of the protests came to be known as the “Gezi generation.”

Sercan Celebi, a leading founder of Vote and Beyond — a Gezi-inspired civic initiative dedicated to election integrity — described a sense of despair among the Gezi generation. “Those who took to the streets with various motivations during the Gezi protests are now leaving the country because they are left with no other democratic channel to display their indignation. Since the street is no longer an alternative, abroad has become ‘the street,’” Celebi told Al-Monitor.

He added, “This is a productive generation that has truly equipped itself with science and technology and is capable of preparing the country for a new future and providing added value. They have lost hope in both the government and the opposition. Their dreams hardly mesh with the dream the [current] decision-makers have for the country, which is a totalitarian and isolationist dream that says ‘I want everything for myself, even if I settle for less.’”

CK is a 34-year-old Istanbulite who studied international relations at one of the city’s prestigious universities and later obtained a postgraduate degree. “During the Gezi protests, I was out in the street almost every evening — from the second day of the protests to the last intervention of the police,” he said from Poland, where he has become an education consultant after leaving Turkey 16 months ago.

Recounting his story to Al-Monitor, CK said, “I was working in the civic society field. The civic society organizations for which I worked closed down, and then I worked as an international project coordinator at a university. During this one-year term, what I was requested to do the most was translate into English the articles of professors. Also, I was constantly questioned about religion. The fact that I did not pray five times a day was causing me trouble. I realized I was not being myself in any realm of life and felt that I would never have a better life because of the work I did, no matter how hard I worked. Moreover, close friends of mine had begun to leave the country one by one.”

Selcuki noted, “Couples with children, in particular, are making plans to leave at all costs because they believe they cannot give their kids a life of good standard in Turkey.”

The 33-year-old journalist-turned-translator Selay Sari, who became politicized during the Gezi protests and left her native Istanbul for Madrid in February, agrees. “Turkey is no longer a country suitable for raising kids,” she told Al-Monitor. “If I have kids, I would like to raise them in a European Union country. This was the issue that swayed my decision.”

Twenty-six-year-old Bahadir — a technology entrepreneur with a degree in management information systems from Istanbul’s Bosphorus University — took an active part in the creation of Vote and Beyond. He has been working since April as a director at an asset management company in Berlin. For him, life in Turkey has come to mean “constant inner unrest and dissatisfaction.” He told Al-Monitor, “I don’t get any pleasure out of life. If I have a kid, I’ll foist all my stress on it and raise an unhappy child. How could I wish to raise a child in [Turkey]? Things are not based on continuity and there is economic uncertainty. One cannot develop technology amid bans and censorship. Creativity has been suppressed.”

Other, less visible faces of the brain drain are those who went abroad to study and have now given up plans to return home. Ilker Hepkaner, who is pursuing a doctoral degree in cultural studies at New York University, is one of them. Hepkaner, whose education journey in the United States began in 2010, said, “I made up my mind to not go back to Turkey at the end of 2016. The way they suppressed Gezi was a major factor in this decision. Even the people I vote for are thrown in prison. I am an academic, and I don’t want any trouble for what I write. I realized I won’t be able to live the life I want if I return to Turkey, where freedom of expression has been restricted so much; hence, I gave up the thought of returning.”

Others, meanwhile, are preparing to make the move abroad. Ece Altunmaral, a 26-year-old social entrepreneur, is about to move her textile business to London, where she had studied finance several years ago. Altunmaral worked for a well-known foreign finance firm in Istanbul before quitting in 2016 to set up her textile company, which operates on a “responsible production” basis. “I had returned from London to Istanbul on May 31, 2013, which was the first day of the Gezi protests. I felt a change was underway,” she recalled. “Today, however, I don’t see Turkey as a country where I could enrich myself. The people I come across — I don’t think they are helping me to move ahead. I’m leaving in order to be myself and grow my business.”

The stories of those young people are the summary of a Turkey that is becoming more introverted and growing poorer in every sense of the word, as politics and ideology have led loyalty to replace merit as the norm to move up, mediocrity has prevailed over quests for creativity and quality, and freedom of expression has been severely suppressed.