In the past five months, 551,000 new refugees arrived in Turkey, raising the total number to 3.551 million and the monthly cost to host them to $590 million. 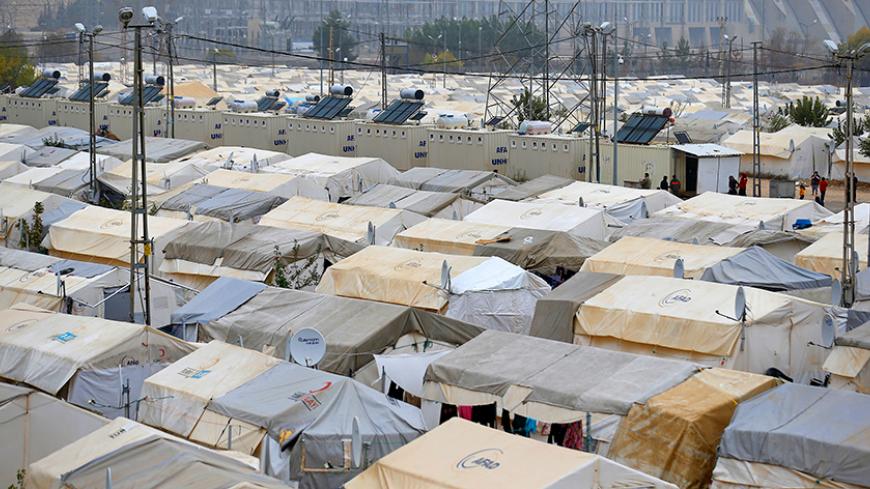 Despite some imposed restrictions, Turkey’s open door refugee policy has resulted in an explosion of refugees and immigrants over the past five months. In his address to the UN General Assembly on Sept. 20, 2016, President Recep Tayyip Erdogan said Turkey was hosting 2.7 million Syrians and 300,000 Iraqis.

On Feb. 15, Minister of Interior Suleyman Soylu announced that the total number of refugees and immigrants has reached some 3.551 million.

When the 18% increase in number of refugees is applied to the expenditures, we can estimate that Turkey is now spending approximately $590 million a month.

When the Turkish government revealed that the total spent by public agencies, civil society organizations and individual Turks had reached $25 billion, it was clear that the amount spent by the government was incomplete. A more reliable figure for the total spent since the beginning of the Syrian civil war is about $29 billion, which does not include expenditures by the private sector and civil society.

So why is the number of refugees and immigrants rising so fast?

First, there was a flow of refugees from Aleppo over the past seven months. With the agreement reached with the European Union, the refugee flow from Turkey to Europe has been halted. This means refugees from Syria, Afghanistan, Pakistan, Iran, Iraq, Myanmar, Georgia, Eritrea, Uzbekistan and Turkmenistan who had come with the hope of reaching Europe had stayed in Turkey.

In addition to authentic refugees fleeing their homelands because of insecurity, there also are hundreds of thousands of people classified as “irregular refugees” who had entered illegally or had overstayed their residence. The Ministry of Interior recently revealed that in 2015, only 146,000 irregular refugees were apprehended.

Where do these people live?

According to official figures, as of February 2017, 260,000 Syrian refugees are staying in official camps operated by the state.

The rest are scattered all over Turkey. There are refugees in all of Turkey’s 81 provinces. Their needs are met by public bodies and civil society organizations. Services that are provided by the state, such as health and education, cover not only those living in the camps but all refugees wherever they are in Turkey.

As of October 2016, some 18 million medical consultations, plus 800,000 surgeries, were performed for the refugees, and 162,000 babies were born to refugees. The state provides education to more than 300,000 Syrian children.

Expenditures for Syrians are not limited to just basic needs. Young and cheap labor coming from Syria is preferred by small- and medium-sized Turkish enterprises. This is contributing to the unemployment rate in Turkey, which in November reached 12.1%. Registered unemployed in Turkey is now 3.7 million, with youth unemployment reaching a worrying 23%.

However, there are refugees who have money. They have set up about 5,000 companies in Turkey. But the vast majority of the workers they hire are Syrians.

Actually, the number of refugees in Turkey has surpassed the populations of many cities in Turkey. Many say that after Istanbul, Ankara and Izmir, the refugees have become the fourth-largest city of Turkey.

The refugees’ contribution to Turkey’s population is in reality a development that tallies with the government policy of trying to increase the national population with the slogan of “at least three children per family.” Immigrants who stay in Turkey for five years are entitled to Turkish citizenship.

Many Turks sympathize with the plight of the Syrian refugees and say those people didn’t come to put a burden on Turkey. They were running for their lives. But it is also a hard reality that their financial burden on Turkey, which is undergoing a tough economic period, has become worrying. Nobody knows how long this monthly bill of $590 will continue. Sure, we cannot ignore that the refugees are contributing to national economic growth by creating additional demand, but at some point Turkey must seriously consider how this huge community that consumes without producing and whose numbers and expenditures increase by the day will adapt itself seamlessly to Turkey.