How did Ankara's spending on Syrian refugees jump to $25 billion?

Turkish President Recep Tayyip Erdogan recently claimed Turkey spent $25 billion on Syrian refugees, although he had cited $10 billion in February and even the number of refugees did not change. 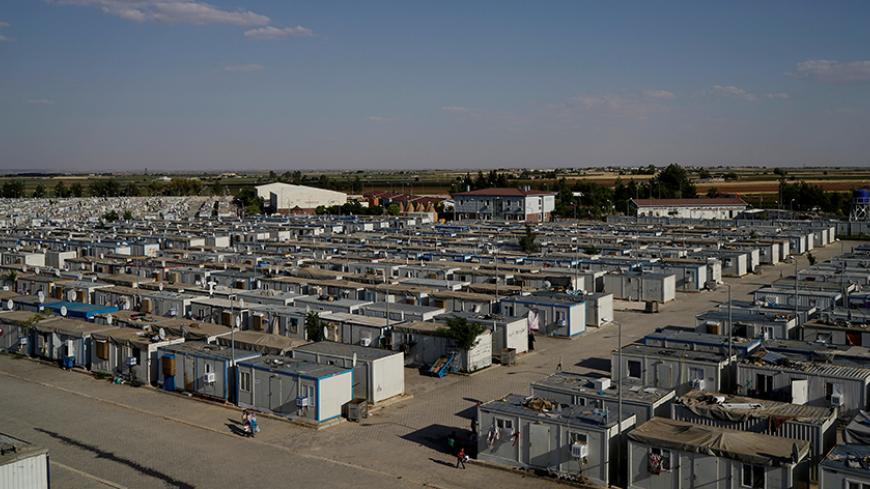 On July 9, 2015, Erdogan said that Turkey had spent $6 billion for Syrian refugees between 2011 and June 2015. On Oct. 5, 2015, however, the Turkish president said the sum was actually $7.5 billion. Head of Turkey's Disaster and Emergency Management Presidency Fuat Oktay had spoken of $10 billion as of February 2016.

The question is why expenditures rose from $10 billion at the end of February 2016 to $25 billion six months later.

Six months ago there were 2.7 million Syrians in Turkey, a figure that the president confirmed in his United Nations address. If the number of refugees did not increase, why did the expenditures grow?

This was the first time the Turkish public heard of money spent by municipalities and civil society. It is understandable that Erdogan took the opportunity with his UN appearance to show the massive amounts spent by Turkey and the inadequacy of UN and European Union assistance. Erdogan in his speech said the UN assistance was only $525 million. The EU had not given any money to Turkey but spent a mere $178 million via the United Nations Children's Fund. This is how Erdogan worded his grievance: "Those who promised to contribute to our efforts, led by the EU, have not kept their word. Likewise, we are still expecting the UN to keep its promise. The 71st General Assembly is a very important occasion to let the world know. The contribution of the international community should not remain at $525 million."

The rise of Turkey's total expenditures to $25 billion generated reactions in the country. One such objection came from Hurriyet daily newspaper's senior writer, Ertugrul Ozkok: "For each Syrian refugee coming to our country, $300 was taken from the pockets of every Turkish citizen. With the money they took from us, they put $8,000 into the pockets of each Syrian coming here. German people who have not spent even 1% of that money are fervently demanding their government to account for the refugee problem. Don't Turkish citizens have a right to ask this innocent question? Why did we spend this money? I know the answer: for humanity's sake. Who do we owe this humanitarian debt to? Is it a debt of neighborliness and warm feelings? Or is it what we owe for the tragedies our wrong policies caused?"

An observation is in order. Although total expenditures appear to have doubled, official state expenditures are falling. The monthly average expenditures from July 2015 through the end of February 2016 was about $500 million.

In his latest statement, Erdogan said official spendings had gone up from $10 billion to $12.5 billion. Since he made this statement on Sept. 20, he was using the figures for the end of August. At the end of February, the expenditures were about $10 billion, which means in the six months from March to August, expenditures had increased by $2.5 billion. That indicates a monthly average of $416 million official expenditures, a decline of $84 million in monthly expenditures.

Will this trend of declining expenses continue?

Winter is coming. Schools have opened. As heating, clothing, education and health expenses are likely to go up, the monthly spending for Syrians could actually increase. Although these expenses are a budgetary burden, they also boost domestic demand and contribute to production and growth. At a time when the government is working hard to boost internal demand and even has eased credit card repayments so that people can spend more, the consumption by refugees have become a life saver for the economy. Nor should we forget that Syrians have set up 4,456 companies in Turkey since 2011.

These companies are active in the domestic market as well as in exports. Without this boost from Syrian businesses, it would have been impossible for Turkey to cope with the growing bill of Syrian refugees.