Thousands of civilians are fleeing their homes in Idlib as the Syrian regime, backed by Russia, bombs the area ahead of a ground offensive. 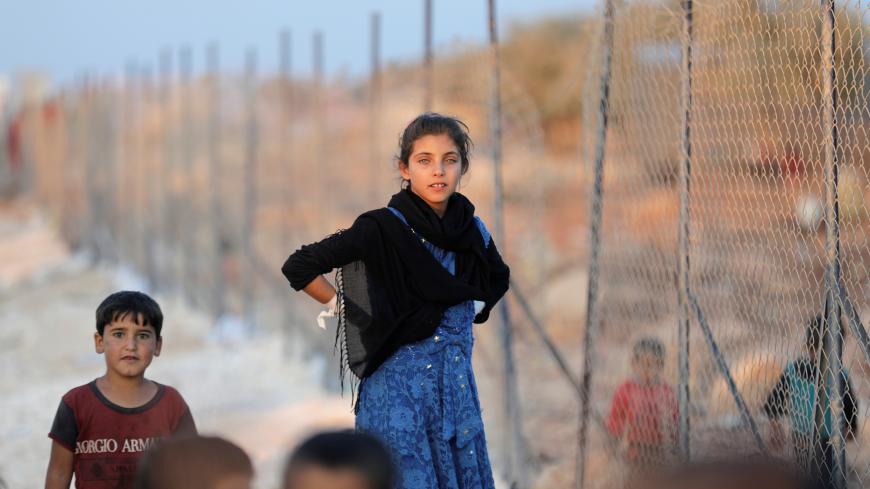 ALEPPO, Syria — Following intense Russian and Syrian shelling of opposition-controlled areas in the southern countryside of Idlib, the northern villages of Hama and the plain of al-Ghab, thousands of civilians fled their homes, heading toward safer areas north of Idlib and Aleppo’s northern and western countrysides.

On Sept. 4, Russian and Syrian warplanes stepped up their attacks against opposition-held areas in the countryside of Idlib, targeting the area of Jisr al-Shughour with dozens of raids, killing and wounding a large number of civilians.

On Sept. 10, the UN reported that the attacks had displaced over 30,000 people. David Swanson, the spokesman for the UN Office for the Coordination of Humanitarian Affairs, noted that Russian and Syrian shelling forced 30,542 people to move to different areas within the province of Idlib.

At a press conference held on Sept. 13, UN Secretary-General Antonio Guterres cautioned against the consequences of the Syrian regime's military operations against Idlib, backed by Russia.

As a result of the shelling, schools were closed and many civilians were killed or wounded. The Civil Defense Center in the town of al-Tamanah in the southern Idlib countryside was destroyed after being hit by Syrian warplanes on Sept. 6.

On Sept. 9, Russian warplanes bombed Al-Latamina hospital in the northern countryside of Hama and the local council of nearby Kafr Zeita declared a state of emergency.

The spokesman for the Coordinators for Humanitarian Response in northern Syria, Tareq al-Idlibi, told Al-Monitor, “The number of displaced people who fled during the past two weeks from areas hit by Syrian and Russian air strikes exceeded 80,000, almost double the figure reported by the UN. A large number of schools, hospitals and public utilities were bombed to force the population out.”

He stressed that his organization met in Ariha in Idlib’s countryside Sept. 12 with local councils of targeted areas as well as with nongovernmental organizations to assess the humanitarian situation and develop solutions.

The gathering discussed the possible outcomes in Idlib and ways to respond quickly in case of a Russian-backed regime offensive in the province. The participants talked about the province's resources to take in the waves of displaced, and vital tasks, such as establishing camps, were distributed among the organizations and associations present at the meeting.

Idlibi added, “The displaced from the areas of southern Idlib and Hama’s northern countryside settled in a number of border camps north of Idlib, near the Turkish border. Some are now staying out in the open near the Turkish observation points in the countryside for fear of being targeted by aerial bombardment. Displaced people need help immediately because large numbers are left without shelter, not even tents. We are trying to coordinate with humanitarian organizations operating in Idlib to meet their needs. The number of displaced people in the area is increasing by the day under the regime’s attacks.”

Over 70 displaced families from northern Hama and southern Idlib arrived at the Amal camp near the Syrian-Turkish border north of Idlib on Sept. 14.

The head of the United Local Council for the villages of Idlib’s southern countryside, Naasan Ankir, told Al-Monitor, “We are in dire need of relief. We need ambulances. The displaced families who fled their homes had no time to bring essentials. They need care packages. Other families who have been here for a while need health supplies for their basic hygiene needs.”

Ankir added, “We also lack baby formula and insulating fabrics to protect the tents from rain. The displaced people need more tents. The assistance provided by humanitarian organizations is not enough. More displaced people are fleeing every day and we could face alarming numbers should the regime and Russia carry out a ground attack against Idlib.”

Abdel Rahman al-Hilal, a resident of the town of Habit in Idlib’s southern countryside, told Al-Monitor, “The regime’s helicopters dropped dozens of barrel bombs on the town. We almost died under the heavy shelling. My family and I miraculously escaped after a barrel fell near my home.”

Hilal added, “The situation is miserable in the camps near the Syrian-Turkish border north of Idlib. There is no room for us. My family and I had to stay with our relatives in a camp near the town of Dana. I am impatiently waiting for a tent of our own and some food so my family can be independent again. Living with another family is very difficult. It will start raining soon and I have no idea when we’ll be able to go back home. I wonder if my house hasn’t been destroyed by the shelling already.”

Amid international warnings of an imminent disaster, the Coordinators for Humanitarian Response in northern Syria fears more waves of displacement as the Syrian regime and Russia spread their air and ground bombardment over larger areas. The group expressed further concerns over the use of chemical weapons against civilians, calling on the UN to pressure Russia into suspending military operations and denied the repeated Russian allegations of the use of chemical weapons by the opposition in the city of Jisr al-Shughour, west of Idlib.