Aid groups overwhelmed by needs and numbers of displaced Syrians

In an attempt to alleviate the suffering of the displaced and as part of the winter response plan for the camps, Syrian humanitarian organizations are implementing different projects. But they have still failed to reach radical solutions. 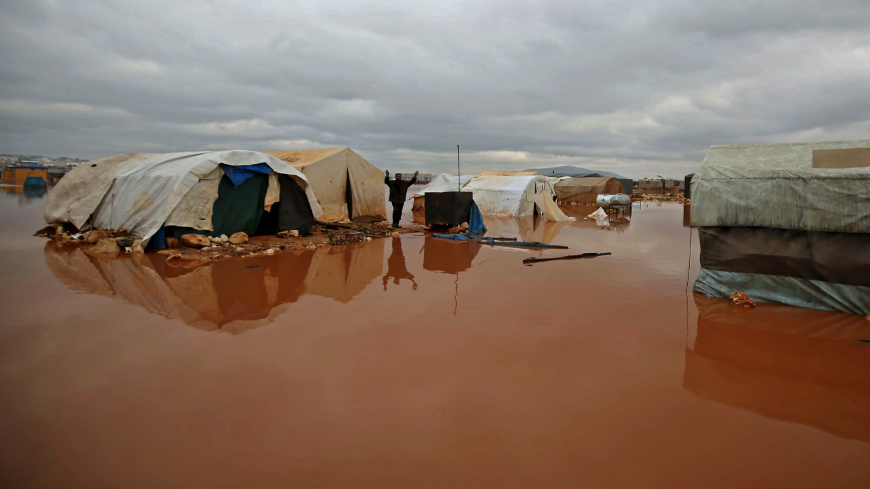 A Syrian man reacts as water floods tents at a camp for the internally displaced near the town of Kafr Lusin in the rebel-held northwestern province of Idlib, by the border with Turkey, on Jan. 19, 2021. Flooding following heavy rain at displacement camps in northwest Syria has killed a child and damaged or destroyed the tents of thousands of people, according to residents and aid workers.

As part of the planned assistance for displaced persons living in camps in the winter, the Syrian Civil Defense, also known as the White Helmets, kicked off on Feb. 25 a project to gravel the roads in 30 camps in an attempt to facilitate civilians’ access to basic facilities. The rain has turned roads in most of the camps and their surroundings into mud. The project involves graveling roads in makeshift and regular camps that were selected based on a need appraisal for 626 camps. Only the most in need were chosen.

The project has identified three main areas where the camps most in need are located. The first area includes Azaz and Jarablus in the northern and eastern Aleppo countrysides. There are nine camps in this area, including Haritan, al-Shuhada, al-Hilal and al-Kosh.

The third area lies in Jisr al-Shughour in western Idlib countryside, where there are seven camps, including Qalaat al-Sindiyan, Kafr Delba and Sheikh Sabah.

The project focuses on roads stretching over 35 kilometers (21 miles) in total, including roads inside the camps, roads connecting the camps to each other and main roads. Nearly 45,000 people are expected to benefit from this project.

In this context, ​director of the Syria Civil Defense Raed al-Saleh told Al-Monitor, “The project that is currently being implemented includes … digging, leveling the ground, and graveling the targeted roads in random and regular camps as well as main roads. The goal is to meet the needs within the camps in light of the poor infrastructure to cope with [adverse] weather conditions and rain. The roads in most of the camps and their surroundings turn into mud puddles [every winter], preventing the displaced from reaching the roads outside the camps, thus trapping them inside.”

He continued, “We conducted a need appraisal for 626 camps and found out that 54% of these camps (338 camps) are in urgent need [of gravel] roads. Our teams made field visits to several camps for the appraisal, taking into account a number of issues such as the roads that ambulances, relief vehicles and civil defense vehicles take to get to the targeted camps; the number of beneficiaries; and the road condition.”

Saleh added, “There is demand for such projects in parallel to the exacerbating needs of the camps, particularly with the displacement waves that the latest military operations that preceded the cease-fire (reached in Idlib in March 2020) have caused. More than 1 million people live in tents. In the absence of a clear vision of the future, we are trying to plan our projects taking into account all scenarios. At the same time, we are focusing efforts to shed light on the suffering of the camps’ residents to push for a political solution that would guarantee their voluntary and safe return home. We do not want to be part of the demographic change or of making the status quo a permanent thing. That’s why we are working as much as possible not to build mud houses and residential units, and we are focusing our efforts on alleviating the suffering of Syrians through the various services we provide.”

Mustafa Jumaa Bakri, director of Ahel al-Karam camp in the northern Aleppo countryside, told Al-Monitor, “The roads leading to our camp were closed recently due to the rain, and 276 families were trapped inside the camp for two days. We could not leave to [buy] food, which exacerbated the residents’ suffering. The project to gravel the roads, which the White Helmets are carrying out, is a solution to this problem and comes as part of efforts to respond to the camps’ needs in winter.”

Northwestern Syria was hit by both a rainstorm and snowstorm in mid-January. Floods in early February killed a child, injured four others and caused tents to collapse.

During these storms, the White Helmets focused on more than 283 camps that were damaged by the rains. The number of tents that were completely damaged exceeded 600, and the number of partially damaged tents was over 3,500. Add to that, nearly 4,000 families were severely affected.

There are 1,048,389 displaced in 1,304 camps scattered across the border in the Idlib and Aleppo countrysides. They include 187,764 people in 393 random camps set up in agricultural lands, lacking basic infrastructure such as roads, water and sewage networks, and deprived of any UN aid.

Mohammad Hallaj, director of the Syrian Response Coordination Group, told Al-Monitor, “The rain and extreme cold in the winter season aggravate the suffering of thousands of residents in northern Syria’s camps. That is not to mention that the muddy paths disrupt their movement inside the camps. The camps’ residents find themselves homeless, while some risk dying from hypothermia.”

Despite increasing international humanitarian concerns and warnings as the years pass by, the crisis that has become part of the lives of the displaced cannot be contained after 10 years of war in Syria, he added.

Hallaj continued, “After [torrential rains affected] nearly 403 camps and in light of the displaced suffering to get out of their camps, the White Helmets began a project to gravel roads in 30 camps in an attempt to alleviate the crisis. Yet it would have been better for the humanitarian agencies to concert efforts to find radical solutions such as building housing units that would rid the displaced from the dilapidated tents and give them decent lives. The response projects the White Helmets implement consist of temporary solutions that do not treat the problem that was described as the worst of the 21st century.” 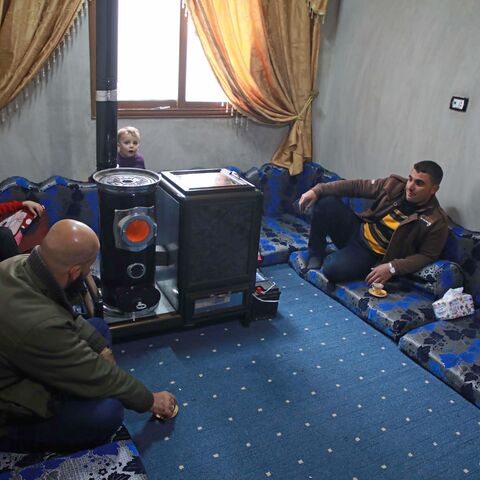 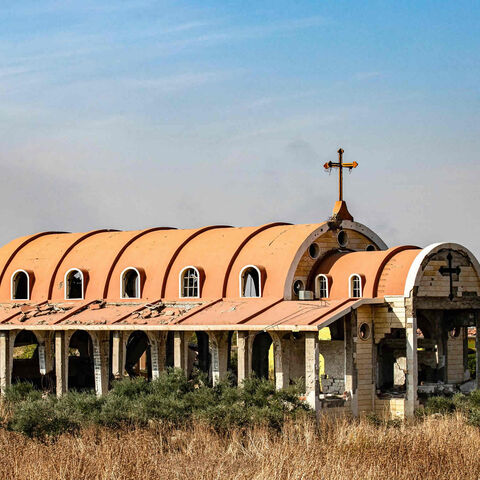 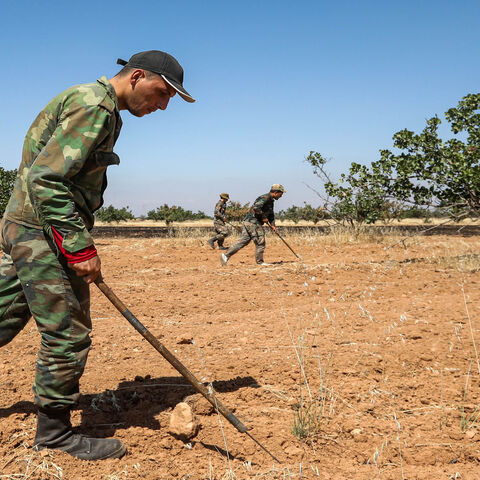