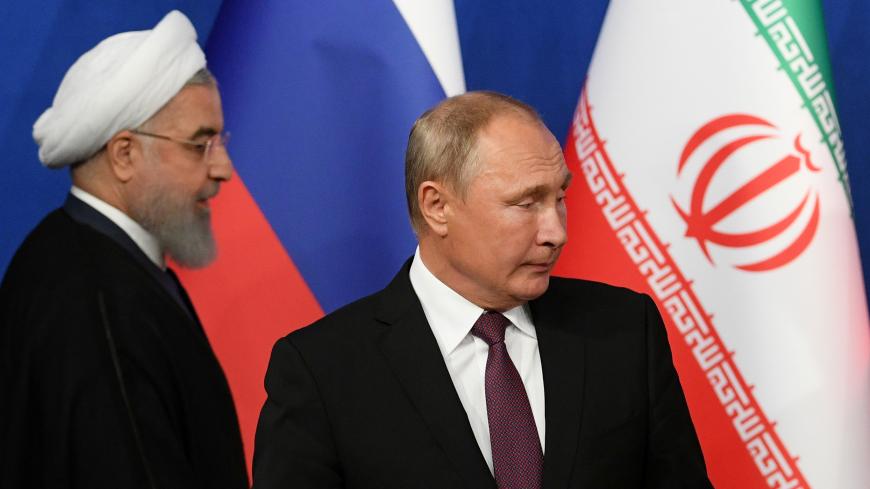 The recent downing of a Russian plane in Syria re-energized discussions in Moscow on the role of Russia in Syria and whether the revision of its Syria policy should mean downsizing its own presence in the country and downgrading contacts with Iran. Russia and Iran's relationship revolves largely around military and political issues, despite claims by Moscow and Tehran that they seek to cooperate on trade and economic development and boost cultural ties. The Syrian conflict dominates the agenda in this regard. Russia is also a keen supporter of preserving the Joint Comprehensive Plan of Action (JCPOA), occasionally dispatching its top diplomats to Tehran to persuade Iran to stay in the deal despite Donald Trump's decision to withdraw from it.

While it is not clear whether both of the “backbone” issues holding the partnership together are sturdy enough to call it “strategic,” the relationship between Moscow and Tehran has strengthened amid a variety of global and regional factors. One such factor is the continued deterioration of Russian-American relations to the point of a systemic crisis, coinciding with the White House’s determined measures to strangle Iran economically. Russians have increasingly been studying Iran’s experience of resisting the sanctions.

Yet the relationship is still dependent upon the actions of third parties. Even with the JCPOA, Iran’s ultimate expectations are connected to how the “European trio,” not Russia, reacts to pressure from Trump. Iranian officials have repeatedly claimed they would not take part in a deal that did not benefit their country, referring to the US policy of “deterring investors and foreign business.” It is still unclear how successful the plan to create a new European financial structure specifically for transactions with Iran will be. Although Russia has made significant diplomatic efforts to resolve the Iranian nuclear problem, the country is not as economically attractive to Iran as European investors. President Hassan Rouhani’s administration has been hunting for such European investors.

Moscow has detected growing dissent in Iran over the perceived squandering of the state's budget on expensive foreign military operations. Iran's domestic political and economic issues go against the government’s ambitions to strengthen its presence in Syria via signing weapons contracts and rebuilding infrastructure, including the transportation system and electrical grid. These measures require hefty financial investments.

This is not a new challenge for Iran — or Russia, in this respect — but one that makes Moscow wonder how to handle the issues, given the economic constraints on both Russia and Iran.

A big issue in this vein is the reconstruction of Syria, estimates for which vary from $400 billion to $1 trillion. If Tehran wants to expand its economic influence there, it will have to provide considerable financial support. However, as the EU refuses to disburse aid while Bashar al-Assad’s government is in place, Iran has been pushed to reduce its “regional charity.” For instance, Iran stopped supplying free electricity and water to neighboring Iraq. At the onset of the Syrian civil war, Iran had viewed its presence in Syria and the aid it provided from a military strategic standpoint, while claims for its economic benefits appeared later. This position prompted some Iranians to assert that Syria had become the 35th province of Iran.

If the economic situation inside Iran were different, President Rouhani’s statements about paying wages to soldiers in Iraq and Syria and covering the cost of military equipment might have appealed to feelings of national pride. However, according to the approximations of Israeli intelligence services, Iran controls about 82,000 soldiers in Syria, including some members of the Islamic Revolutionary Guard Corps (IRGC). These expenses do not seem minor anymore, and Iranian society does not believe Syria’s strategic role in Iran’s security validates its cost.

In recent months, Iran has announced large-scale agreements between Iran and Syria during official visits, as well as specific measures, such as using national currencies in Tehran-Damascus transactions; engaging in joint ventures; and encouraging Baghdad's involvement as an equal partner, which could be achieved by merging the three countries' railways into one system. Iranian Vice President Eshaq Jahangiri and Syrian Minister of Economy and Foreign Trade Samer al-Khalil discussed the railway project during a meeting in June. In August, another Iranian delegation visited Syria to discuss the construction of 30,000 residential units in Syria by private Iranian companies. Later that month, Amir Hatami, Iran’s minister of defense, met his counterpart to negotiate the supplying of military equipment to Syria and the re-establishment of industry.

It is possible Russia's actions prompted Tehran to consider nonmilitary interaction with Damascus, since Russia had announced a series of bilateral agreements. In February, Yahya Rahim Safavi, Ayatollah Ali Khamenei’s military adviser, said Iran was going to reclaim its investments amid efforts to “preserve the territorial integrity of Syria.” Among other topics, Safavi mentioned phosphate mining. Several weeks later, Damascus chose Moscow over Tehran to sign a 50-year contract in this industry. Moreover, two months ago, the Iranian website Tabnak, whose editors are close to ex-IRGC leader Mohsen Rezaie, published an article disclosing Iran’s major lag behind Russia in the conquest of the post-war Syrian market. The post was deleted within an hour to avoid unneeded public concern.

Tehran and Moscow compete with each other for access to Syrian resources and for post-war reconstruction contracts. At the same time, Damascus is naturally interested in reaping as many benefits as possible from any helping hand. However, Iran and Russia — both under international sanctions — do not have adequate means to get through this process on their own, especially with each side trying to claim the best share for itself. The best course of action might be a mutual diplomatic effort to prompt European officials and corporations to share the burden of Syria’s reconstruction. That would support the argument about strategic cooperation that some in Moscow and Iran like to talk about.