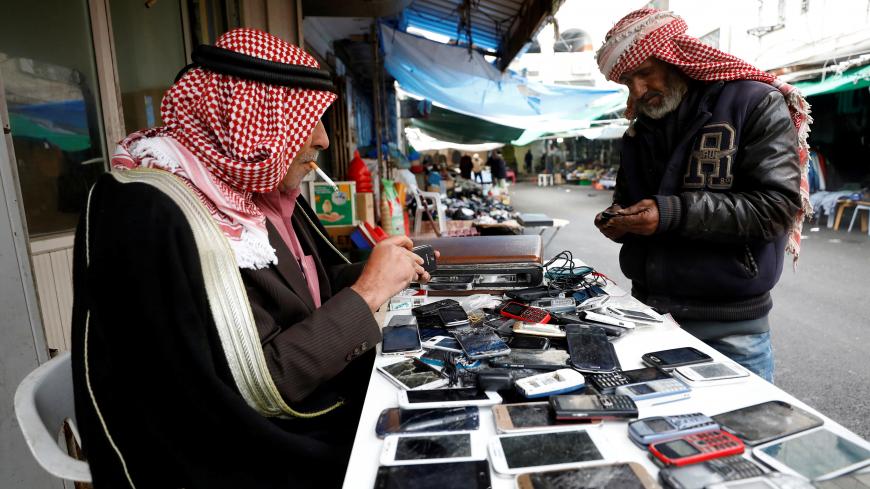 The political stalemate between Israel and Palestine continues and Palestinian-Israeli negotiations have shown zero progress since 2014. Nevertheless, the security and economic cooperation between the two sides seems to always stay the course. This is particularly intriguing since such sectors often depend on political relations, but they are somehow unrelated in this case.

On Sept. 2, Israel’s News1 reported that “technical projects carried out by Israeli and Palestinian companies, the last of which is a project to establish a large data center in Ramallah at a cost of $50 million, was implemented by the Israeli branch of Hewlett Packard Enterprise (HPE), the American multinational information technology enterprise.”

The Data Center aims to improve the quality of the services provided to the business sector by companies, institutions and banks, and to contribute to developing the quality of the services provided to its IT-based customers. Among the services offered by the center is a specialized team working around the clock to protect servers from any attacks or breaches and to handle virtual servers and cloud computing, data storage space and other services offered in data centers around the world.

Al-Monitor tried to contact Paltel in this regard, and the company responded in writing, noting, “Israel did not contribute to this project. Palestinian companies were in charge of equipment, design and supervision. This project is 100% Palestinian. Cooperation with HPE was achieved thanks to an affiliated Palestinian company, whose role was limited to reviewing the design and giving its opinion on it. Israeli media is claiming we cooperated with Israeli companies as part of the pressure Israel exerts on Palestinian telecommunications. Israel simply wants to portray us as a front for the Israeli telecommunications company.”

Mohammed (not his real name), a former engineer at Paltel, told Al-Monitor, “A large part of the company's devices come from Israel, given the relationship between Palestinian and Israeli telecom companies. But only the higher-ups at Paltel and its Israeli counterpart know about any formal agreements and relations. Regular employees are in the dark when it comes to this; only the board of directors gets involved.”

Although Melhem did not mention the names of any Israeli companies, Rami Azem, Data Center project manager, also said on Aug. 16 that the design of the project was reviewed by HPE, one of the largest international companies, without mentioning its Israeli branch — perhaps for fear of being criticized by Palestinians and accused of normalization with Israel.

A senior Palestinian official close to President Mahmoud Abbas told Al-Monitor on condition of anonymity, “The Palestinian leadership does not prohibit the economic sector from cooperating with its Israeli counterpart if it is beneficial to the Palestinian market. The Palestinian and Israeli telecommunication sectors seem to overlap. Palestinians do not veto investing or benefiting from advanced Israeli expertise. This has nothing to do with the political estrangement between Ramallah and Tel Aviv.”

On Sept. 10, Palestinian Prime Minister Rami Hamdallah wished Israeli Finance Minister Moshe Kahlon a Happy Rosh Hashanah (Jewish New Year), and they both agreed to hold a meeting in the near future. This shows that commercial and economic relations between Israel and the PA are progressing in the hope that they can lead to a future political settlement. Israel needs this in order to maintain security and calm, while the Palestinians need economic prosperity.

Palestinian-Israeli joint ventures include agricultural, industrial, tourism and cooperative projects, as well as facilitating transit through the crossings and trying to find foreign investments.

Nasr Abdel Karim, an economics professor at the Arab American University in the West Bank, told Al-Monitor, “Many Palestinian economic projects show how much the Palestinian economy depends on the Israeli economy and how the two are integrated, which does not reflect the political estrangement between the two sides. Although Israel seems to be gladly cooperating with the Palestinians, it uses these projects to threaten them should they rebel against the Israeli political will.”

These Palestinian-Israeli partnerships in telecommunications reflect the idea of economic peace adopted by late Israeli Prime Minister Shimon Peres. With his Peres Center for Peace and Innovation, he called for a new Middle East in terms of regional cooperation through joint Palestinian-Israeli projects and initiatives in hi-tech and agricultural technology.

Fouad Abu Oweimer, an expert in electronic networks in Gaza, told Al-Monitor, “Although the Israeli market has opened up to Palestinian technology and telecommunications companies, the current political situation greatly affects how Palestinian engineers and programmers are not hired by Israeli companies or Palestinian ones that cooperate with Israeli companies.”

It seems that the Palestinian-Israeli rift since 2014 has yet to cast a shadow over bilateral economic relations. On the contrary, communication in this field seems to be in full swing. This undermines the political role of the PA and instead favors investment and commerce — all while raising questions about the political future of the PA and the legitimacy of its existence.