The Ramallah municipality has implemented a number of technology projects in an effort to become a "smart city," but it faces numerous obstacles. 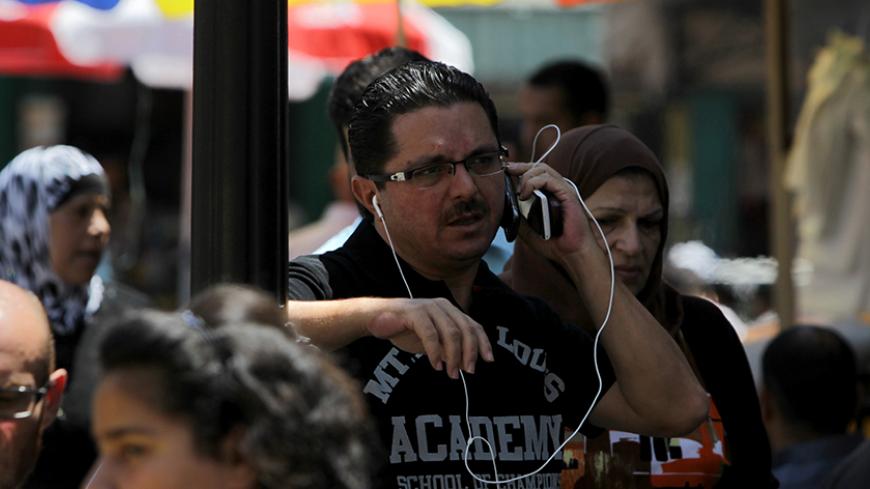 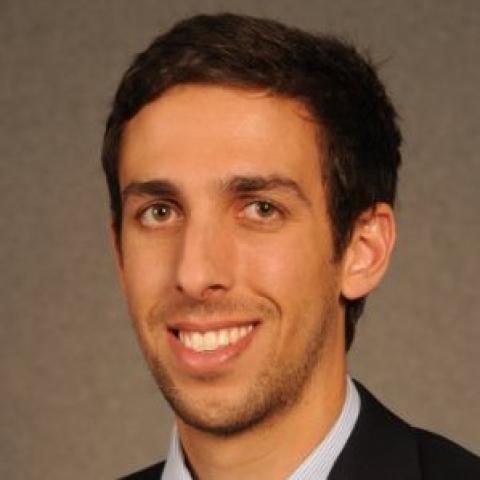 RAMALLAH — Ramallah, once a small predominantly Christian town of 12,000 residents in 1967, transformed into the de facto political capital of Palestine with the establishment of the Palestinian Authority (PA) in 1994. The Palestinian Central Bureau of Statistics reports that today approximately 35,000 persons permanently reside in the West Bank city, and more than 120,000 pack its streets during the week. The municipality plans to again transform the city, this time into a “smart city.”

In 2011, Ramallah lacked almost the entire basic technological infrastructure required to build a smart city. Today, Safaa Aldwaik, director of Geographic Information Systems (GIS) for the Ramallah municipality, is working hard to change that. Aldwaik, who earned two master's degrees and a doctorate in geography from Clark University, returned to Ramallah in 2011 to build the municipality's first GIS platform. She electronically mapped all of Ramallah, including its public infrastructure, and integrated GIS into almost all of the municipality's departments.

Today the Ramallah municipality relies on GIS to review and maintain its infrastructure. Aldwaik told Al-Monitor that the GIS system has revolutionized the organization of data for the municipality.

“We can make reports in seconds. For example, in a recent meeting, the mayor asked me how many traffic signs we replaced in 2015. In one click, I was able to give him a full report,” she said. Aldwaik also remarked that GIS has empowered Ramallah to allocate its resources more effectively.

Despite such progress, Ramallah still lacks other necessary technological infrastructure to build a smart city, including access to 3G and 4G frequencies because Israeli authorities have not provided Palestinian cell phone service providers access to them. That might soon change, at least for the 3G network, with Israel and the PA having signed an agreement in November 2015 for Palestinian access to 3G frequencies. Palestinian Minister of Communications and Information Technology Alam Mousa estimates that Palestinian companies will likely be able to offer the service by the end of 2016.

Meanwhile, Aldwaik and the Ramallah municipality, deciding that they had no time to waste, reached an agreement with the largest Palestinian telecommunications company, Paltel Group, to install fiber optic cables to connect municipal buildings and provide Wi-Fi on Ramallah’s main streets. Paltel agreed to provide unlimited Wi-Fi to all 14 municipal buildings and 2 gigabytes of Wi-Fi monthly to all of its landline telephone subscribers, approximately 90% of the Palestinian market. In addition, Paltel will offer visitors 30 minutes of free Wi-Fi​ daily, but has yet to launch this part of the program. Thus far, according to Paltel's general manager, Maan Melhem, 1,500 Paltel subscribers are connected to the network, and the company expects to increase the volume of users in the coming weeks.

Melhem emphasized that Wi-Fi should serve only as a temporary solution, until Palestinian leaders reach a final agreement with Israel on improved telecommunications. Melhem told Al-Monitor, “Wi-Fi technology will never replace 3G and 4G networks. It is not designed for mobility, flexibility and seamless authentication. Rather it is designed for metro stations, holes and small areas.”

Now that Ramallah has a limited form of Internet on its major streets, the municipality has launched a number of projects to serve residents through the technology. For example, Aldwaik developed an alternative to Google Maps, which does not function in Palestinian-controlled Area A of the West Bank. Though less sophisticated than Google Maps, the Palestinian maps interface can suggest directions to users. Moreover, the municipality released a smartphone application, appropriately called RAMALLAH, with which residents can search for local events and access a phone directory and other information about the city.

The municipality cannot, however, offer services that require online transactions, because Palestine does not have a law that permits such exchanges. Regarding this issue, Aldwaik said that most online services requiring payment will have to wait until the government passes a law, but beginning in May 2016 the municipality will permit residents to pay municipal bills, such as school fees and rents, through PayPal.

The municipality has also launched multiple projects to modernize the basic infrastructure of the city. For example, it commissioned the installation of cameras at major intersections to better direct traffic and effectively respond to emergency situations. Aldwaik remarked, “These cameras have been very useful in the emergency room during storms, because we can see the entire city and direct our employees accordingly.”

Moreover, in December 2015 the municipality celebrated the inauguration of its first “smart school,” the Ramallah Girls’ School, which has Wi-Fi and interactive projectors in classrooms and an online platform for students to access assignments. While the municipality has only commissioned one technologically advanced school, it hopes to expand the concept to others in cooperation with the Ministry of Education and has already provided wired and wireless Internet access to six other schools.

While many Palestinians have welcomed the smart city plan and believe modern technology will improve the standard of living in Ramallah, a number of critics have raised concerns about it. Wassim Abdullah, an information and communications technology consultant, noted that Ramallah has made some progress in modernizing its infrastructure but still has considerable work to do. He told Al-Monitor in an email that the limits of the Wi-Fi network, the lack of an online payment law and a variety of other concerns make it difficult to call Ramallah a smart city for the time being. He summarized his perspective, stating, “While this [project] is a good and long overdue start, we are still far from a smart city.”

Nur Arafeh, a fellow at the Palestinian policy network Al-Shabaka, expressed criticism of the smart city plan. Arafeh does not reject the idea of a smart city in theory, but she thinks such a project reflects the misplaced priorities of the Palestinian government.

Arafeh told Al-Monitor, “The Ramallah municipality is building technological infrastructure, but what about water, electricity, health and agricultural infrastructure?” Arafeh further remarked that the plan will not lead to liberation from the Israeli occupation, but rather coexistence with it. “The smart city plan circumvents the occupation and fails to address its root issues,” she said.

Despite their critics, the Ramallah municipality, Paltel and other stakeholders have already invested more than $1 million in the smart city plan and intend to continue to invest in it. The Palestinian government hopes that other cities will follow Ramallah’s lead. In fact, Mousa believes the Ramallah smart city plan is only the beginning of greater efforts to incorporate advanced technology into Palestinian cities.

“We have a vision of building a digital Palestine by 2022, and we hope to cooperate with other cities to achieve this goal,” said Mousa. 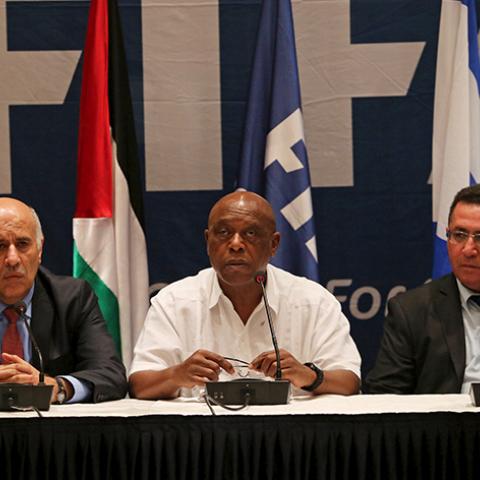