How Egypt plans to boost tech partnerships with US companies

A delegation from Egypt's Communications and Information Technology Ministry has returned from a successful US tour to promote cooperation and investment in information technology. 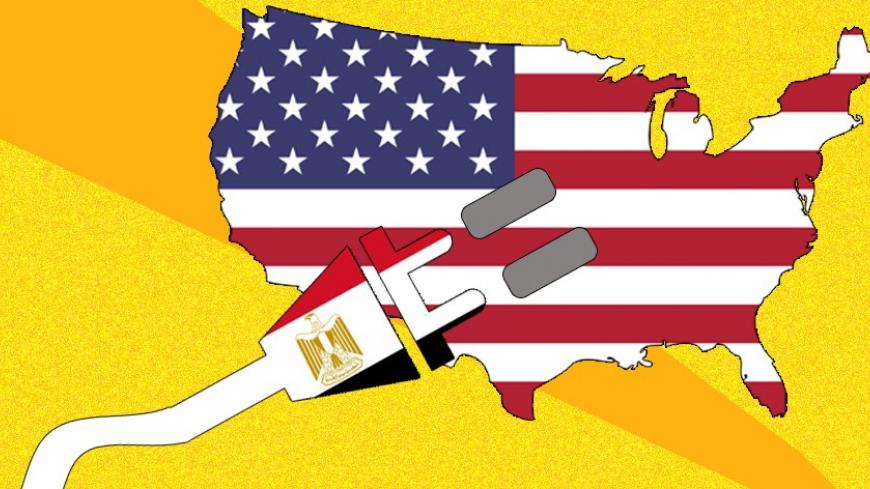 An Egyptian delegation that recently visited the United States is hoping that US technology companies will plug into the Egyptian economy. - Hugo Goodridge

Egypt's Minister of Communications and Information Technology Yasser El Kady paid an official visit to the United States this month, heading a high-level delegation for talks on Egypt-US cooperation in information and communications technology as well as promoting investments in these industries. From March 13-23, the Egyptian delegation held several meetings with senior officials at multinational companies such as Dell, Teleperformance, Cisco, Oracle, Honeywell and MasterCard in addition to touring Silicon Valley, the hub of US technology.

Egypt is focusing on digital transformation and setting up technology zones across the country. According to the ministry's statement, the trip came as part of President Abdel Fattah al-Sisi's directives to create a globally competitive electronics industry in Egypt through establishing a training program that is to initially include 16,000 trainees. In May 2016, Kady paid a visit to China on a mission to build strategic partnerships in technical domains.

Asmaa Hosni, the CEO of Egypt's Information Technology Industry Development Agency (ITIDA) and a member of the delegation, told Al-Monitor, "Such visits are of a paramount importance to further expand dialogue with the countries that have taken great strides in hi-tech sectors. We need to turn Egypt into a digital society. Regarding the recent visit, it was highly fruitful and resulted in multiple cooperation protocols. These protocols will go into effect in the upcoming weeks. There are fixed schedules and action plans, not just ministerial talks. But not all projects are to be implemented within the year."

Hosni said that Kady toured 15 leading American companies, inviting them to invest in Egypt. Many companies agreed to establish branches in Egypt's technology areas and take part in establishing Egypt's "Knowledge City" in the new administrative capital, she added. This project, which is to be an educational and cultural center, was given the green light last year within the framework of the government's strategy to turn Egypt into a regional hub for information technology and outsourcing services.

"ITIDA also managed to sign cooperation agreements to train young Egyptians in modern technologies so as to meet international standards. The American software companies expressed their appreciation of the innovative skills of Egypt's young people. Such training programs will help them find many job opportunities in the hi-tech industry and prepare them for the global labor market," Hosni said.

Dell EMC agreed to include the presidential initiative for e-learning, "Egypt's Future Scientists," among its global “Dell for Entrepreneurs” initiative. Trainees will participate in a six-month training program at one of the company's labs before setting up similar labs in Egypt's technology zones.

Kady also met with Teleperformance CEO Brian Johnson. The leading outsourcing company agreed to increase the number of its Egyptian employees to 10,000 by 2020 in addition to establishing a language academy.

Hosni said companies, including Honeywell, agreed to participate in the ITIDA's Technology Innovation & Entrepreneurship Center, which seeks to promote an innovation-based economy. "Senior officials at Honeywell greatly praised the work of Egyptian designers. They decided to assist the center by exposing those designers to the latest techniques and keep them abreast of up-to-the-minute technology developments," Hosni said.

Parliament member John Talaat, a communications engineer, told Al-Monitor that Egypt's communications sector is still suffering from infrastructure problems. "Problems related to network efficiency are among the key challenges facing this area. However, these partnerships will help improve conditions and overhaul the whole system," he explained.

Speaking at a meeting with Cisco officials, Kady pointed out that the growth rate of Egypt's information and communications technology sector reached 11.2% during the first quarter of the current fiscal year, ranking first among the country's sectors.

In an effort to boost electronic financial services in Egypt, the Egyptian delegation concluded its visit by developing partnerships with MasterCard. The two sides decided to organize a workshop in Cairo to discuss how to move ahead with the country's digital economy strategy. "This workshop is to be held soon. It is also worth mentioning that the company agreed to establish a branch in one of the country's technology zones. Since we've returned to Egypt, MasterCard officials are still communicating with me through video conferences, since the company is keen to expand its activities in Egypt," Hosni said.

While the Egyptian delegation worked to promote investment in the information technology (IT) sector, many economics commentators in the media argued that the parliament should stimulate investment through legislation that offers investors incentives and facilitates investment procedures. Mai el-Batran, a senior member of the parliament's communications committee, told Al-Monitor that the country's political leadership is serious about attracting investors back to the country to invest not only in the IT domains but in other development projects as well.

"There is no legislation addressing IT investment. The new investment law regulates issues surrounding investment in all sectors. And such a law will certainly adhere to the country's plan to attract investors. So there should be no worries about legal procedures. We will all exert our efforts to achieve the country's sustainable development strategy: Egypt 2030," Batran said.

Hosni said the recent visit forged closer technical ties with the United States. ''There is no current plan to visit another country in the upcoming period. But we will definitely reach out to everyone and knock on all the doors to revive the country's IT sector, which is the mainstay of any progress," she said.