Countries across the region are embracing technology as a solution to their economic — and political — woes. 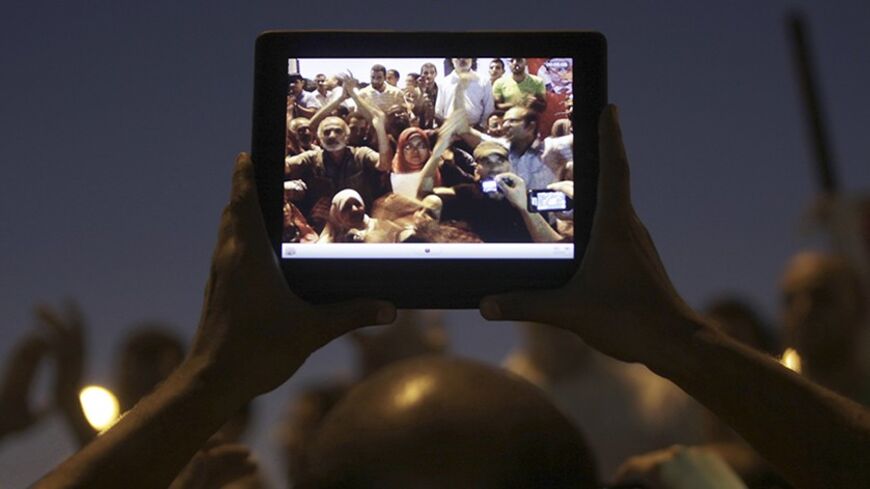 The tech competition could easily have taken place in Silicon Valley. The winning team designed a 3D printer with the basic tools and materials available. The runners-up developed a smartphone application to help users find the nearest pharmacy and a game that teaches kids about electronic circuits.

A few of the projects suggested this wasn’t your usual techie gathering, however. One app offered ways to get through the ruins of a bombed-out city. Another helped users get in touch with refugee organizations.

The scene for this juxtaposition between cutting-edge technology and the primeval quest for survival: Syria’s Damascus Technology Garden, which in February hosted its first Startup Weekend since the country descended into civil war three years ago.

The event offered a sharp reminder that technology is helping transform a region that many in the West have long dismissed as a social and economic basket case. Across the Middle East, entrepreneurs and their startups are striving to offer an economic future to the region’s overwhelmingly youthful population, while helping to foster social and political change.

"Everywhere there is ubiquitous access to technology, you see startups expanding," Christopher Schroeder, the author of the 2013 book "Startup Rising" about "the entrepreneurial revolution remaking the Middle East," told Al-Monitor. "Jordan and Dubai have the most friendly environment and have begun to prioritize this, but we are seeing it everywhere."

The Hashemite Kingdom has long led the way for the tech revolution taking the region by storm. Transportation and logistics firm Aramex became the first international company based in an Arab country to trade its shares on the NASDAQ stock exchange in 1997. Arabic-language web portal Maktoob was sold to Yahoo! in 2009 for $164 million, more than any other Arab Internet company at the time. Just last week, mobile operator Zain Jordan announced its partnership with Silicon Valley seed fund 500 Startups.

Jordan is also home to Wamda, a website that covers the region’s tech news — including the story of Syria's Startup Weekend — and brings its entrepreneurs together.

“I am a strong believer in technology and its inevitable disruption to our economies, companies and our lives as individuals,” Aramex founder and Wamda board chairman Fadi Ghandour told Al-Monitor via email. “History tells us that, from the invention of the wheel to the airplane and all the way to the printing press. This is the Internet of things, digitizing everything we do, with us and everything around us being interconnected and mobile.”

“Wamda is at the heart of this story,” Ghandour continued. “We are focused and missioned to be the 21st century platform for entrepreneurs engaging in the economies of the future in the Arab world, which is digital, digital and more digital.”

Joining Jordan in paving the way for the tech revolution is Dubai, whose government had the foresight to launch the world's first e-commerce free zone, Dubai Internet City, a decade and a half ago. The tech park is now the MENA region's largest hub for information and communications technology and serves as a strategic base for companies targeting regional emerging markets.

"The world today is seeing a surge in e-commerce: We see an unprecedented opportunity in this field to prepare for a world without limits, brought about by the astounding economic developments," Sheikh Mohammed bin Rashid Al Maktoum predicted in 1999. "Now the countries that can achieve leading positions are those that depend on knowledge, information, ideas and services rather than on natural resources."

Egypt, the Arab world's most populous country, is selling itself as the perfect hub for technology companies hoping to penetrate the fast-growing Middle Eastern and African markets. The American University in Cairo in particular is home to a startup incubator, the AUC Venture Lab, which seeks to “commercialize technologies and innovations developed by Egypt-based startups.”

Hisham Fahmy, CEO of the American Chamber of Commerce in Egypt, told Al-Monitor in a phone interview, “It’s one of the sectors that we think is up and coming and is worth really concentrating on, from startups to multinationals using Egypt as a hub to Africa and the Middle East.”

Fahmy said the country is already working with multinationals such as IBM and Microsoft on projects using Egyptian engineers and software. He's skeptical about the tech sector’s ability to absorb the country's unemployed youth — almost 40% of 20-to-24-year-olds are looking for work — but sees its economic potential.

“The tech sector doesn’t hire thousands of people; I don’t think that’s something that’s going to happen," Fahmy said. "But I think the multiplier effect in education, smartphone payments, all these things will have an effect on growth rather than just unemployment.”

Indeed, all of the countries in the region are looking for ways to capitalize on their large — and increasingly connected — young populations.

Dubbed the “Arab Digital Generation” by a 2012 Booze and Co report, young Middle Easterners have been at the forefront of calls for social change that culminated during the Arab Spring. Among their top priorities: transparency in government, digital education and better healthcare technology.

"Although technology is also affecting other young people around the globe, the Arab world is more susceptible to widespread change, due to demographics and the region's strong behavioral norms," the report concluded.

The region's demographics, the Booze report concluded, "amplifies the social, economic and political stakes in the region. A larger population of young, impassioned people who rely on technology has the potential to trigger proportionally greater changes across society and institutions."

Schroeder agrees with that conclusion, arguing, "Post Arab Spring and uprisings in Iran, everyone is thinking hard about the accountability they are now under due to technology."

Bahrain, for one, appears to have taken that lesson to heart. After the deadly crackdown on the 2011 uprising by the Shiite majority, Crown Prince and First Deputy Prime Minister Salman bin Hamad al-Khalifa made technology a centerpiece of the government's efforts to showcase greater transparency. In January, the kingdom launched Tawasul — Arabic for "to be connected" — a website where citizens can anonymously lodge complaints about government services, with the understanding that government entities will have to respond or face the attention of the crown prince himself during regular updates.

“What’s interesting to see throughout Tawasul is the way entities are dealing with the complaints," Mariam Al-Mannai, a member of the e-government projects team, told Al-Monitor in a Skype interview. “It changes the way they deal with the citizens. Now it is more geared toward a client relationship. So they now actually have to please the customer coming in, or there’s someone watching — someone’s going to do something about that complaint.”

The most common complaints coming in through Tawasul so far have been technical issues with the government's e-services portal and requests for updates on social housing requests from the Ministry of Housing, said Yara Faraj, a policy advisor with the office of the first deputy prime minister. To date, 88% of complaints have been responded to within the alloted time.

"The fact that you can actually log a complaint against an entity and get a response, it increases transparency and the accountability of the government towards the citizens,” Faraj said, adding that the program is "absolutely" forcing a cultural change within the government.

Bahrain has also recently launched a revamped e-services portal where users can access 36 new government e-services. Among the most popular innovations for young people: being able to see your university exam grades online.

Obstacles remain throughout the region, however.

"With all the efforts bottom-up, the top-down institutions are still slow to really embrace the young entrepreneurs," says Schroeder. "Regulations around the ability of moving goods and individuals [across the region] are still unnecessarily burdensome. Egypt, which has such outstanding talent, is unclear with the potential uncertainty."

The US government has taken note.

In 2010, Egypt was the test site of President Barack Obama's Global Entrepreneurship Program, a State Department-led effort to promote entrepreneurship by coordinating public and private support for entrepreneurs around the world. The US Agency for International Development (USAID) has also helped create 2,600 information and communications technology jobs in Tunisia, backed nine Palestinian startups and helped 5,300 Iraqi job seekers find employment through an online jobs portal effort with Microsoft, according to the agency.

"Technology has had a tremendous impact on the region and USAID is focused on supporting that sector in a variety of ways," spokesperson Sam Ostrander told Al-Monitor in an emailed statement. "Across the MENA region, the US government, through USAID, supports economic growth by supporting entrepreneurs and employment creation."

Those efforts include training and career guidance in the emerging information and communications technology sector, Ostrander said, as well as sponsoring programs that "improve access to capital and provide seed funding so that startup companies have a chance to grow and contribute to the regional economy."

"Tech and other startups are an outlet for the entrepreneurial spirit we see in the region," he said. "This part of the economic ecosystem offers a potentially long-term source of economic growth if the work force can be trained and adequately prepared and if small and medium businesses have the tools to develop."

It's also a potential boon for US businesses. At a hearing last week, Sen. Tim Kaine, D-Va., the chairman of the subpanel on Near Eastern and South and Central Asian Affairs, pressed Obama's nominees for ambassador to Jordan and USAID assistant administrator for the Middle East on their plans for expanding the region's tech sector.

"During a trip to the region in February 2014, Sen. Kaine visited a USAID-supported software company in Ramallah and had dinner with Palestinian entrepreneurs in Jerusalem," a Kaine aide told Al-Monitor. "He's also interested in making connections between Jordan's growing information technology sector and Virginia's own tech industry."

Editor's Note: This article has been updated since its first publication