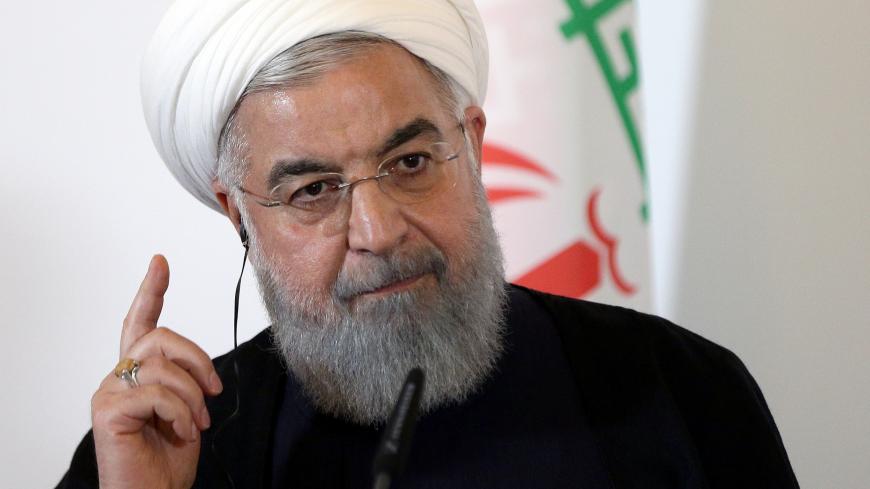 New cracks are starting to appear in Iran’s conservative and religious establishment. The past two weeks or so have seen several prominent clerics voicing harsh criticism at Hassan Rahimpour Azghadi, a key ideologist and theoretician of the hard-line camp during the last two decades. On the opposite end of the same camp stand generally young and novice political activists who have begun an extensive media campaign in defense of Azghadi and who are standing up to the old and influential clerics of the holy city of Qom.

The clash of ideas began Aug. 16 after a number of students at Qom’s iconic Feizieh seminary rallied against the worsening economic situation and the government’s economic policies. The gathering initially seemed to have the green light from Qom’s clerics. However, this soon proved to be wrong after the clerics themselves began to criticize the protest rally for two main reasons. One was the presence of a poster that raised suspicion about the death of late former President Akbar Hashemi Rafsanjani, implying that he was killed rather than died of natural causes, while threatening President Hassan Rouhani with the same fate. The second, and perhaps more important, were the remarks made by Azghadi during the event. Addressing the crowd of protesters, he said, “The root of secularism [in this country] lies in the seminary." This remark sparked a wave of intense criticism among the clerics at Qom. Of course Azghadi did not stop here and also raised a series of questions about seminaries, highlighting that despite their position and influence in the political establishment, these institutions have brought no significant yield for the country and have nothing to say about daily events.

But what was interesting was how many figures, outlets and opposition supporters backed Azghadi’s remarks instead of supporting the stance adopted by the clergy, which had hitherto been common practice. Ali Naderi, editor of the hard-line Rajanews website, which is run by supporters of Ayatollah Mesbah Yazdi, a key opponent of the Rouhani administration, tweeted, “Rahimpour Azghadi is the only cleric.” Similar reactions were seen by Iranian youths on social media. What stood out the most, however, was perhaps a statement by a group of seminary students who stood up to their senior teachers and defended Azghadi instead of siding with their superiors.

On the media front, outlets close or linked to the Islamic Revolutionary Guard Corps — such as Fars News or Tasnim News Agency — covered developments from the clerical stance but in some independently authored pieces rose to Azghadi’s defense. The Union of Independent Islamic Student Associations, which is one of the main student groups opposed to the government, also came to Azghadi’s defense.

Qom clerics have always enjoyed a unique prominence and level of respect among Iran’s conservative political groups, most of which are opposed to the Rouhani administration. In fact, two religious groups — the Combatant Clergy Association and the Society of Seminary Teachers of Qom — are the key decision-makers for the conservative camp when it comes to rivalries and political developments. In the past two decades, these two groups have used their position and words to eliminate or pressure their Reformist rivals. In other words, the opponents of the Rouhani administration have used the political stance taken by these clerics as a tool for furthering their agendas.

Azghadi himself has also been a prominent political and philosophical theoretician for these groups during the past two decades. With a higher degree education, he has held a unique position among seminary teachers and students during these years.

But these two parts of the conservative movement, which until now seemed homogenous, are starting to show cracks, speaking volumes about the new situation in their camp. Indeed, in addition to the extensive support being shown for Azghadi by individuals who until now were followers of Qom clerics, Azghadi himself has stressed that he remains steadfast on his viewpoint about seminaries being secular.

Azghadi and the movement that now supports him have officially requested that seminaries become directly involved in different issues from international and economic matters to banking-related topics. What seems to have worried the Qom clerics regarding Azghadi’s remarks is his implication that older, traditionalist clerics are not capable of performing such a task. In his Aug. 16 speech, Azghadi said, “I have heard that 700-800 religious treatises are coming out of Qom. But do we even need 700 maraji [senior clerics]? [I] put forward 100 problems that they don’t deal with in their lectures. Eighty of these 100 problems are among the main issues of our society. The majority of them [clerics] don’t even have an answer.” In response, Makarem Shirazi’s office issued a second statement Aug. 28 in which it accused Azghadi of not being aware of the seminaries’ situation and position.

The differing viewpoints that have emerged in recent days may lead to a temporary silence on the part of both sides. However, it also shows the existing gap in their evaluations of seminaries and their role as well as the impact that high-ranking clerics have on day-to-day issues. This gap is unlikely to be filled easily. Indeed, it could rather pave the way for fundamental shifts among religious groups that oppose reforms in Iran, which would certainly impact their role in political rivalries in the country.