Women's rights activists and Christian figures rejoiced as Egypt appointed its first Coptic Christian woman as governor, but not everyone in the city of Damietta was delighted with the appointment. 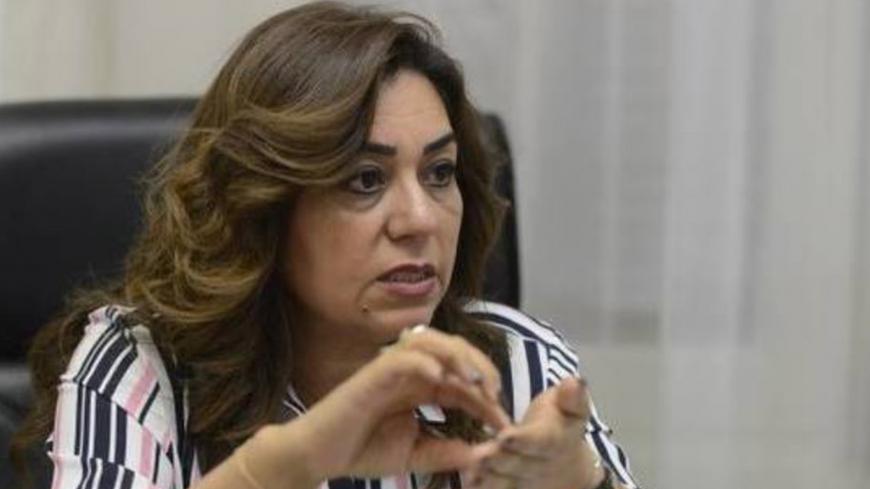 Manal Awad has become the first Christian woman to hold the position of governor in Egypt, following her election in the Nile Delta city of Damietta. Posted Aug. 31, 2018. - Twitter/@povonewsafrica

The appointment of Manal Awad, the first Christian woman to hold the position of governor in Egypt, reflects an unprecedented state willingness to empower Christians and appoint them in leading government posts.

Assad added that there will have to be community support to any initiatives or decisions that are made in the interests of Christians in Egypt. “The new Christian governor in Damietta is going to be under threat because there are still followers of the Muslim Brotherhood group out there, and they are of course opposing the appointment of any Christian in a leading post,” he told Al-Monitor.

Assad recalled demonstrations by thousands of Muslims in 2011 following the appointment of a Christian man as governor of the Upper Egyptian city of Qena. “The demonstrations revealed how the Egyptian society was in total rejection of having a Christian in a leading post. That is why genuine community backing is very crucial,” he added.

Awad, who has a Ph.D. in natural sciences from the University of Alexandria, is the second Egyptian woman to hold the post of governor in Egypt. Nadia Abdu was Egypt’s first woman to assume office as governor when she was appointed to the Nile Delta governorate of Beheira.

Activists and Christian figures described Awad's appointment as unprecedented and promising for both women and Christians in Egypt.

Randa Fakhr El Deen, executive director of the NGOs' Union Against Harmful Practices on Women and Children, said that the appointment signals a change of attitude from the Egyptian government toward Christians. Egyptian Christian women hold leading posts in Egypt nowadays, including current Minister of Migration Nabila Makram Ebeid.

“It is a dream coming true for many Christian women in Egypt and a very encouraging gesture that would inspire them to pursue their aspirations in holding leading posts in the country,” Deen told Al-Monitor.

Deen said that Awad would nevertheless face uphill challenges during her tenure in office due to a societal misperception that women and Christians should not lead a Muslim community.

“It is not just about the fact that she is a woman. She is also Christian, and that would put a lot of challenges before Governor Awad with the existence of extremists and religious people who think that Christians should not take over leadership posts,” she added.

Shortly after her appointment, Awad held a meeting with the heads of the governorate’s directorates to follow up on the work mechanisms at each of them. During the meeting, she asserted the necessity to exert all-out efforts to serve, meet the needs of citizens, develop work at each directorate, and follow up with field visits on all the governorate’s conditions.

Awad was appointed deputy governor of Giza in 2015 and worked on community service and environmental development. In that role, she was responsible for the development of informal settlements in the Giza governorate. Awad was able to obtain a large number of grants and funding from international organizations to develop informal settlements and carry out several projects in the city.

She was also under-secretary for the Veterinary Serum and Vaccine Research Institute at the Ministry of Agriculture.

Egypt has the largest Christian community in the Middle East, representing about 10% of the Egyptian population — which currently stands at about 95 million.

The country’s Christians have long accused the government of persecution, negligence and marginalization. Christians were also targeted in several attacks by Islamist extremists.

Nevertheless, Sisi showed a very different approach toward the Christian community by visiting the Coptic Orthodox Church several times and urging the government to restore churches that were torched and destroyed during the era of ousted President Mohammed Morsi.

In 2016, the Egyptian parliament approved a law that sought to ease restrictions on building churches. In April this year, the Cabinet approved the legalization of unlicensed churches in order to make it easier for Christians to practice their religious rituals.