Farida Ramadan is struggling to earn a living and lead a normal life, which speaks volumes of the challenges facing transgender Egyptians. 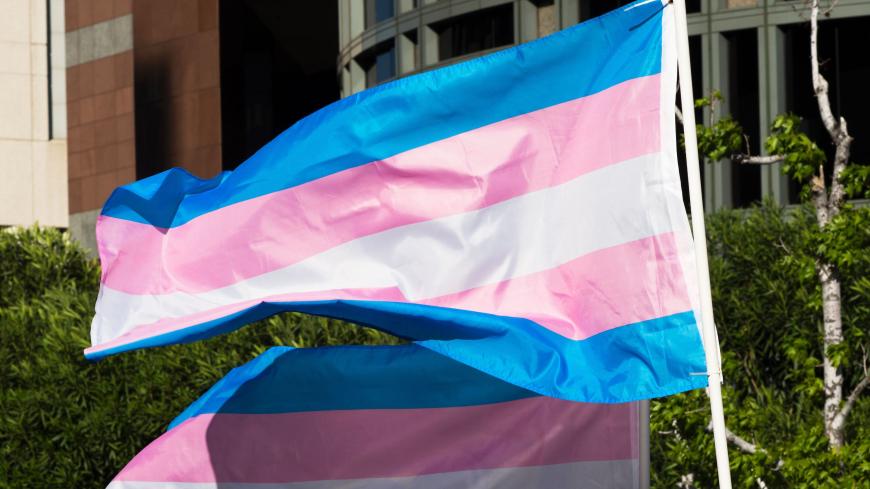 CAIRO — It took Farida Ramadan years to convince those around her that the sex assigned to her on her birth certificate did not match her gender identity.

Ramadan, now in her early 50s, was assigned the male sex at birth. In actuality, she lives, feels and thinks like a woman.

“I felt totally uncomfortable with the sex [assigned to me] at birth,” Ramadan told Al-Monitor. Ramadan has been on a long, painful journey to prove that she is really a woman.

This included lengthy medical and psychological examinations, wellness checks and analyses. It also included approval from Al-Azhar, the most important Islamic institution in this predominantly Muslim country.

During and after this journey, Ramadan fought another battle: one with everyone around her.

“Some people called me gay and others accused me of being an infidel,” Ramadan said. “It is an uphill battle that continues to rage on.”

People who do not identify with the sex assigned to them at birth or who are making the transition to align their sex with their gender identity are having a tough time in Egypt.

Family members who are uncomfortable with the sex assigned to them at birth are considered a nuisance and shame and something that has to be kept secret. In front of society, the same members are viewed as perverts, sometimes apostates.

“Everybody bullies transgender people, including state institutions, the media and ordinary people,” Reda al-Danbouki, director of the local Women's Center for Guidance and Legal Awareness nongovernmental organization, told Al-Monitor. “There is a need for opening a nationwide dialogue on this issue.”

Official data about those who transition gender every year is scarce in a country where there is not a clear system for these transitions.

Assuming they survive the wrath of their families, those who want to transition must apply for an operation at one of the state-run hospitals.

Before the operation, they undergo a complicated psychological assessment. After that, they are given medications to help them align their gender identity with the sex they are assigned at birth, before they undergo reassignment surgery. The surgery cannot be carried out without approval from Al-Azhar.

The religious establishment is divided on the issue.

A transgender woman assigned the male sex at birth tells of an Al-Azhar cleric ridiculing her when she applied for permission to undergo an operation to match her sex with her gender identity.

After ridiculing the woman, the Al-Azhar cleric told the woman that she couldn't undergo the surgery.

The Islamic Research Academy, the decision-making body of Al-Azhar, says it studies each transition request separately in the light of medical reports submitted to it by the hospitals. The academy then either approves the required reassignment surgery or rejects it.

“The whole thing depends on the report referred to us by specialized medical institutions,” Hamed Abu Taleb, a member of the academy, told Al-Monitor. “We do not have specific rules for the reassignment process.”

Some of the nation's top clerics vehemently oppose these transitions, contributing to the presence of a social culture that vilifies people making or thinking of making a transition.

In a country where people live by religion, such fatwas cause suffering to transgender Egyptians. They also turn the public against them. Statistics about crimes committed against transgenders are not available because most of these crimes go unreported. If they are reported, there is usually no mention of the real causes behind them.

Mushira Khaled (a pseudonym), does everything possible to hide the story of her transition.

Khaled, in her mid-30s, had to leave her home village in Giza province and live in the northern coastal city of Alexandria where nobody knows her.

“I became everybody's enemy in the village before and after I underwent reassignment surgery,” Khaled told Al-Monitor. “My neighbors used to look at me and say things behind my back whenever I passed by them."

A neighbor spit in her face, another threatened to stab her and a third tried to rape her.

“I thought of committing suicide, but my mother finally decided that we should move and live somewhere else,” Khaled said.

Egypt's most famous transgender woman, actress Hanan al-Tawil, spent her last days at a psychiatric hospital because of bullying from her neighbors. She died in 2004 mysteriously amid rumors she had committed suicide.

Renowned Egyptian actor Hesham Selim, who supported his son's transition, became the center of criticism for standing by his transgender son.

Ramadan was a successful schoolteacher in the coastal city of Damietta. She stopped going to school a few years ago after facing exhaustion from playing the role of a man. She was fired from her job.

Her case made headlines last month when she appealed her firing to the minister of education.

The minister said she did not have the right to return to work because she was absent for too long.

Nonetheless, he called on people not to bully her.

To earn a living, Ramadan worked at a patisserie shop in Damietta. But she was harassed by those around her because of her occasional expression of her female gender identity.

Her breaking moment came when her colleagues learned she had a Facebook page in which she expressed her gender identity freely and frankly.

“This was when everybody turned openly against me,” Ramadan said.

Ramadan left Damietta to start a new life in the Nile Delta province of Beheira. After undergoing sex reassignment surgery, she went to a police station in her native town to receive official documentation. This was when she wore a woman's dress for the first time in her life.

“I watched as people looked contemptuously at me,” Ramadan said. “For the first time, I was not afraid of their looks.”

Few people have similar courage to face society and express their gender identity openly and without fear. Ramadan knows of people who shudder at the prospect of expressing their identity and have to live a dual life.

This suffering, observers say, should alert legislators to the need for a legal process that organizes gender transitions.

“Our society is badly in need of cultural change when it comes to the issue of transitioning,” Nadia Radwan, a sociology professor at Port Said University, told Al-Monitor. “Gross injustice is done to those who suffer gender identity problems.”

Transgender Egyptians pay dearly for the absence of this culture. Ramadan lost almost everything for it.

Her family threw her out. She had to sleep at a cafe for days before leaving Damietta. She had to eat leftovers thrown by locals in garbage baskets.

“I know I lost everything in a society that has no mercy to show people like me,” Ramadan said. “Nevertheless, I won … and I am proud of this.”