Women have been latecomers to Egypt's judiciary, but they're inching toward key posts in waves. 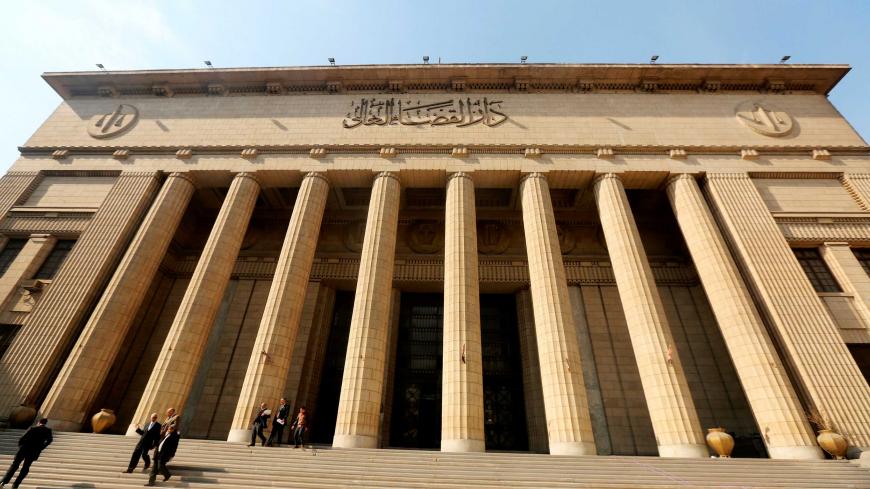 Women's rights activists and jurists hailed a decision by the Supreme Judiciary Council earlier this month to promote 16 female judges, expressing hope that women in top judicial positions will make their mark on the gender-sensitive issues that come before the courts.

"I am very optimistic about the promotion of the 16 female judges as it may bring forth another interpretation of laws, especially those concerning female genital mutilation, rape, safe abortion, inheritance and violence against women and eventually reform the judicial system," Randa Fakhr El-Deen, executive director of Egypt's union of nongovernmental organizations working to protect women and children, told Al-Monitor.

Fakhr El-Deen said that the long overdue move reflects the Egyptian leadership's willingness to move toward recognizing equal rights and ensuring the fair representation of women in Egypt’s judiciary.

Hadia Abdel Fattah, a women’s rights activist and founder of an anti-harassment initiative, said that feminists face “a male mentality” in judicial and wider government circles. With the increased presence of female judges in the judicial system, changes and reform, particularly regarding women’s issues, are possible.

Female activists in Egypt have been pushing for efficient implementation of new laws that protect women, such as the penalization of female genital mutilation and jail terms for those who marry underage girls as well as upcoming legislation that would penalize families who allow such marriages. They ask for maximum penalties for domestic violence, swift divorce under fair conditions for women and a no-tolerance attitude toward harassment and rape.

“When we feminists push for changes in laws affecting women, we get stuck with a male-dominated judicial community. Men in Egypt do not feel women’s problems as much as women do. That is why having female judges can be very helpful for women in Egypt,” she told Al-Monitor.

One of the plum posts is Qena Appeals Court, one of the top judicial rank now taken over by Judge Amal Ammar, a member of the Egyptian National Council for Women.

National Council for Women chairwoman Maya Morsi said that the Egyptian Constitution's Article 11 guarantees women’s right to high administration posts, including the judiciary. Morsi added that there are currently 66 female judges in the country. The number was reached in four batches of large-scale nominations — all of them in the last 15 years, almost half a century after other regional countries such as Lebanon, Iraq and pre-revolutionary Iran. In 2003, Tahani al-Gebali was appointed to the Supreme Constitutional Court. In 2007, the first female judges and prosecutors were appointed. More appointments followed in 2008, 2015 and 2017.

Yet, Egypt’s female jurists still have to break into the all-powerful State Council. The council issues legal opinions and reviews bills, resolutions and draft contracts for the state and public entities. The National Council for Women and some individual female jurists have been battling for access to this powerful body to no avail. Though there is no legislation banning their appointment, the State Council has kept women out via its own selection process.

Nevertheless, Gebali sees the recent appointments as a success story for women in the judicial sector. She told Al-Monitor, "The process started in 2003, when I was the first woman to be appointed vice president of the Supreme Constitutional Court and then tens of female judges were appointed in Egypt's courts in 2007. It is normal now for these female judges after being for several years in the judicial system to be promoted."

Gebali said that women's involvement can transform and reform the system, explaining, "There were many distinguished female graduates of Egypt's law schools who were not allowed to take up posts in this field. Now, those efficient women are being appointed as judges and also being promoted to leading posts. This is for sure a huge benefit to the judiciary system in the country."

But she added that 66 female judges out of a total of 17,000 judges in Egypt are not nearly enough. “Although the number of female judges is still low, I believe that Egypt’s new leadership is adamant on getting women to join every field in the country, especially the judicial system,” Gebali concluded.