The Turkish government has helped the local council in al-Bab to set up a plant to refill propane cylinders and Jarablus to build its first central bus station. 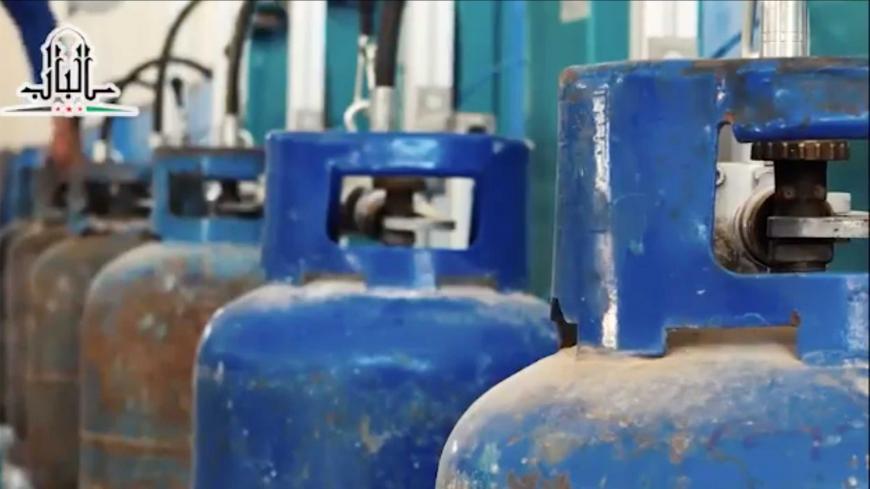 A still from a video shows a gas bottling plant in al-Bab, Syria. - Facebook/ElbabMeclisi

ALEPPO, Syria — The local councils of the Syrian opposition-held Euphrates Shield area in the countryside of Aleppo have set up more service facilities for locals in a bid to bring stability to the area. The efforts have direct support from the Turkish government, which has been paying the salaries of employees working in the public services sector, which has been growing rapidly.

On Aug. 28, the Local Council of al-Bab set up a station for the filling of gas cylinders to provide fuel for the residents of the area. Each cylinder sells for 4,500 Syrian pounds, which is equivalent to $8.

“The local council contracted with a Turkish company. The company set up a plant for the refilling of gas cylinders in the city of al-Bab. Gas is brought to the city from Turkey in special tanks through the border crossing in the countryside of Aleppo. The plant is equipped with the latest technologies, as well as with safety equipment such as an alarm system and fire extinguishers,” plant manager Osama Tamro told Al-Monitor.

“The plant’s daily production is about 3,500 cylinders, weighing 24 kilograms each. It has 12 experienced workers and is supervised by the local council in the al-Bab city. The council pays their salaries and handles the income as well,” Tamro added.

He went on, “The project aims to service the locals rather than making huge profits. We are trying to provide domestic gas for daily cooking. The people of the city of al-Bab, which falls under the control of the Free Syrian Army (FSA), have suffered from the high price of gas cylinders, reaching 15,000 Syrian pounds [$26] per cylinder. Gas is a rare product in the FSA-held areas in the countryside of Aleppo because of the high demand for gas cylinders and because the Syrian regime banned gas deliveries to the [opposition-held] areas. We used to import gas from the regime-controlled areas at very expensive prices. This is not to mention the greedy traders who also controlled prices.”

Tamro explained that the gas plant opened on a trial basis for 10 days, and regular operations kicked off Sept. 7. The plant’s production is sufficient for the city of al-Bab and its surroundings, with a population of more than 300,000 people, according to Tamro.

Before this service, poor households depended on old Kerosene stoves, which was less expensive than gas. Today, most have dispensed with the unreliable stoves that caused many fires.

On Sept. 1, the local council established a public bus station in the center of the city of Jarablus to regulate public transportation traffic and prices.

“The station was set up as a result of the efforts of the local council’s service office and the support of our Turkish brothers. The construction began June 1 and the inauguration of the station was Sept. 1 for a five-day trial period,” Mohammad Jadr, head of the service office of the Jarablus Local Council told Al-Monitor.

He said that the station began regular operations on Sept. 5. It has handled more than 100 buses and houses, offices for the traffic police and accommodations for bus drivers. It features a ticket counter, a restaurant and coffee shops for travelers, a mosque and restrooms for men and women. It runs regular routes from Jarablus to Manbij for 700 pounds ($1.50), to al-Bab for 1,5000 pounds ($3), to Azaz for 2,500 pounds ($5), to Afrin for 3,000 pounds ($6) and to Idlib for 5,000 pounds ($10). He added, "There is, of course, a long list for the bus trip from Jarablus to the surrounding towns in the countryside of Aleppo under FSA control.”

Jadr concluded, “New lines will be added in the coming period to facilitate the movement of travelers. The local councils in the Euphrates Shield area in the countryside of Aleppo receive continuous support from the Turkish government to upgrade services, achieve stability in the area and make it safer and more attractive for the Syrian people. The transportation sector is undoubtedly one of the major sectors that will bring further stability to a town.”