The Egyptian parliament will debate a bill to replace jail terms with community service for minor offenses to reducing costs and overcrowding in prisons. 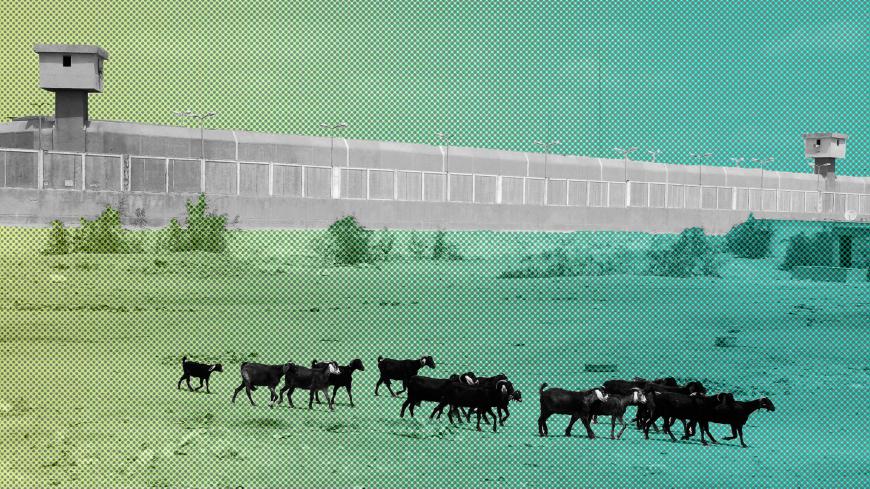 The Egyptian parliament is mulling the replacement of prison sentences with community service for inmates convicted of minor offenses. The aim is to reduce the cost of incarcerations and ease prison overcrowding by having offenders work in small and medium-sized enterprises rather than occupy jail cells.

The parliament is preparing to debate a draft law in its next session, due to start in October. Mohamed Abu Hamed, the parliamentarian sponsoring the legislation, told Al-Monitor, that his bill is expected to pass.

“Those who commit minor offenses that did not cause great harm to the state or to individuals will be allowed to replace their prison terms with working for civil society organizations or factories,” Abu Hamed explained. “Inmates who are imprisoned for being late in paying their debts will be permitted, according to the draft law, to work, and half of their salaries will be directed toward the repayment of their debts.”

Abu Hamed further stated, “[The legislation will] introduce radical reforms to Egypt’s judicial system and provide a chance to those, especially young people, who have committed misdemeanors that did not cause great harm to the community to not be stigmatized and to not lose the opportunity to work or live their lives properly like after being released from prison.”

As in a lot of places, those who go to prison in Egypt are typically stigmatized, which makes it difficult for them when they apply for jobs after serving their sentences.

George Ishaq, a member of the National Council for Human Rights, said that the draft law is a positive step toward advancing justice, especially for women who have gone into debt to marry off their daughters and then find that they cannot repay what they borrowed. “The state’s drive to save these women from being imprisoned is simple justice,” he told Al-Monitor.

Thousands of women are in jail in Egypt because they were unable to fulfill debts that in some cases do not exceed a few thousand Egyptian pounds. According to data released by the Ministry of Social Solidarity, there are 30,000 such women in jail.

On June 15, President Abdel Fattah el-Sisi had directed the Ministry of the Interior to take the necessary steps to repay the debts of these women out of the state’s Long Live Egypt Fund. A total of 683 women debtors left prisons on the first day of Eid al-Adha (Feast of Sacrifice), on Aug. 21. The government is yet to announce an exact date, but those women remaining in prison are due to be released in the coming months.

Ishaq, citing other benefits from the proposed legislation, noted, “Although giving freedom to those women and people who have not committed major crimes is much more important, the outcomes of this draft law would [also] help ease the financial burden on the state and reduce the prison population in the country.”

According to local media reports, nine new prisons have been opened since 2013. In 2015 alone, the Ministry of Interior built five new facilities at a cost of 1.2 billion Egyptian pounds ($66.8 million). The Maat Foundation for Peace, Development and Human Rights estimates that there are 50,000 to 75,000 inmates in Egypt distributed across 45 prisons nationwide.

At a symposium in June, Sameh Abdel Hakam, president of the Court of Appeals, said that according to 2015 statistics compiled by the Prisons Authority, which is under the Interior Ministry, each prisoner costs the state 2,000 pounds (approximately $111) per month. He added, however, that after the government floated the pound in 2016, each prisoner cost the state 3,000 to 3,500 pounds ($167 to $195).

Some analysts have raised concerns about the draft law leading some people to take committing crimes too lightly. “The government has to issue this draft law, but with great caution in order not to generate negative consequences, [such as] an increase in crime because people will receive alternative punishments to being sent to jail,” Gamal Abdel Gawad, professor of political science at the American University in Cairo, told Al-Monitor.