As commodity prices continue to increase, Egyptians are resorting to products made in prisons under the government’s policy to encourage detainees to work and learn trades. 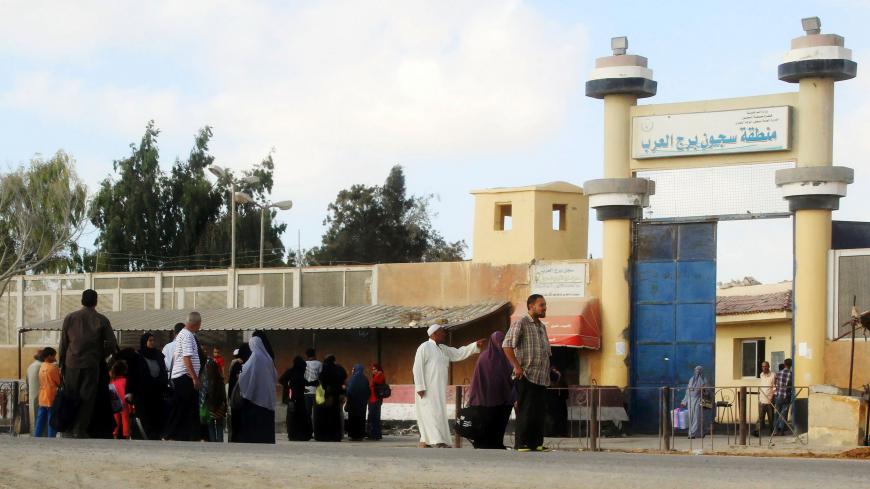 Egyptian authorities are drawing on prisons to combat rising retail prices and boost the nation's gross domestic product (GDP) by giving jails another dimension as production centers for a range of consumer products.

In line with the “reform and rehabilitate” principle called for in the Egyptian Constitution, sentenced craftsmen, carpenters, farmers, veterinarians, shoemakers and many others have an opportunity to work, make money and become breadwinners fending for their families behind bars.

Late President Anwar al-Sadat issued a decree in 1978 to launch a fund for production facilities affiliated with jailhouses to train inmates in various occupations. Most of the products are sold to the public nationwide at outlets affiliated with the Interior Ministry.

Egypt's prisons, like many others, are known for brutality and violence, but security experts say this program develops the skills of prisoners, who contribute to the country's economic growth.

“El-Marg Prison in Qaluibia governorate [northeast of Cairo] stands out as the largest producer of furniture, livestock and food products. The inmates work under the full supervision of professional engineers and technicians who are [also] specialist police officers,” Maj. Gen. Hassan el-Sohagy, former head of Egypt's Prisons Authority, told Al-Monitor.

The Interior Ministry applies a policy based on correction and rehabilitation that aims to turn inmates into good citizens for their families and the whole nation, he said.

“Prisoners have an opportunity to get sufficient training in a specific craft that would help them make a living after being released. Inmates get a monthly wage from the Prisons Production and Manufacturing Fund for their work at these facilities,” Sohagy said.

“The prison-made products are of high quality and cheaper. This is for the best interest of consumers to combat price hikes,” he noted.

"Productive jails play both social and economic roles,” he added.

A working inmate gets a monthly wage reaching as high as 6,000 Egyptian pounds (around $330), Maj. Gen. Zakaria el-Ghamry, assistant interior minister for the Prisons Authority, was quoted as saying Oct. 31 by Ahl Masr news. “The Prisons Livestock Division of the Prisons Production and Manufacturing Fund produces around 150 million eggs per annum. The division also has its own fodder plant,” he said Oct. 22, Al-Ahram Al-Massai reported.

For the public, shopping at kiosks selling prison-made food products has become an everyday habit thanks to affordable prices compared with supermarkets, chain stores and even neighborhood groceries, said schoolteacher Ayman Abdel Zaher.

“Most vegetables and fruits sell for at least 30% less than average market prices. From 8 a.m., people line up in front of vegetable vans, kiosks and other outlets selling prison-made products. By noon, most of the day's stock is sold out,” Abdel Zaher told Al-Monitor.

Egypt's Central Agency for Public Mobilization and Statistics ascribed a rise in the Consumer Price Index (CPI) to increases in the prices of vegetables and fruits by 17.2% and 7.4%, respectively.

The annual inflation rate in September was 15.4%, down dramatically from 32.9% in the same period the year before but up from August 2018 when inflation stood at 13.6%.

A productive jailhouse is in line with the government's overall program to reform the economy, economists say, citing the need to increase output, especially of food products.

The prisons may be deemed state-owned economic units with labor, land, capital and organization. However, a jailhouse should work in harmony with the private sector, one economist said.

So do these cheaper products create a less-competitive retail market?

“The prisons apply a mass-production strategy, especially for food products, which are in high demand in Egypt. Lower prices usually drive the private sector to find a way to cut costs. Competitiveness is intact thanks to the nation's huge market and growing population, Assem said.

Moreover, the production that takes place in prisons isn't seasonal and is hardly affected by the overall business climate.

“Unlike the private sector, the economic units of prisons are not impacted by the local business mood. High demand for cheap products has the final say, driving these units to increase output year after year,” he said.

However, Assem stressed that prisons as production units shouldn't become a rival to the private sector in the long run.

“The government is liberalizing the economy to bolster the business climate and foster entrepreneurship. All obstacles facing the private sector should be ironed out. The private enterprise is the core of a market-friendly economy,” he added.