The Egyptian government announced a plan to develop the Sinai Peninsula, with the aim to eliminate terrorism that is widespread in this volatile area. 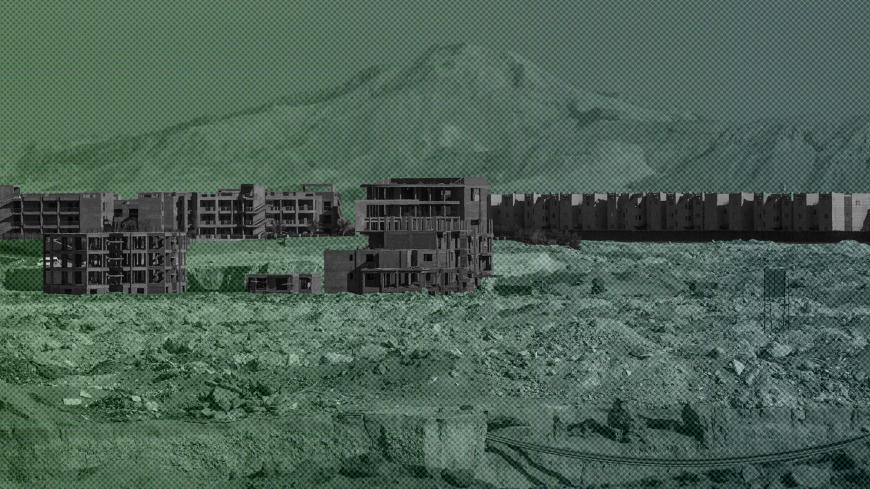 The Egyptian government announced on Aug. 28 a massive budget worth 275 billion Egyptian pounds ($15.4 billion) to carry out developmental projects in the Sinai Peninsula until 2022, as part of efforts aimed at fighting an Islamist insurgency in that unstable part of the country and improving living standards for its residents.

In the government announcement, Minister of Planning Hala el-Saeed said that the Egyptian government is planning to establish fish farms spanning an area of 15,590 feddans (16,179 acres) in the Suez Canal area, construct a natural lake and an industrial zone in Port Said, and build about 10 roads at a total length of 1,339 kilometers (8332 miles) in the Sinai Peninsula.

The planned projects also include the building of a number of residential units, 15 hospitals and health units, and the establishment and upgrading of 53 schools, a university and an educational institute in Sinai, according to the planning minister.

Economists and security experts widely praised the plan, saying it would enable the state to create an integrated urban community in that turbulent area — a matter that would greatly help eliminate terrorism.

Hassan el-Haywan, an economist and a professor of economics at Ain Shams University, said such an enormous plan has a very significant security dimension. “Securing Sinai would only be achieved through comprehensive development. If you want to end terrorism, you create job opportunities and achieve development. That is the only way out,” he told Al-Monitor.

Haywan also said the government is planning to attract people to the province by establishing proper infrastructure and offering necessary services. The move aims to increase the population of the Sinai Peninsula to stand at 3 million residents by 2022 and 8 million residents by 2052, instead of the existing half a million. “Having more people in the Sinai Peninsula would for sure help move ahead with the development process,” he added.

Ahmed el-Shami, an economist and a professor of feasibility studies at Cairo University, also lauded the plan, saying it would not only help put an end to terrorism in the Sinai Peninsula but would also result in huge revenues for the government because that region is full of natural resources.

“Sinai is rich with natural resources and raw materials, which make it a very attractive destination for investors and for carrying out projects in various economic sectors, including tourism, agriculture and industry,” Shami told Al-Monitor. He referred to the great potentials of the marble and cement industries as well as quarries and the agriculture sector in Sinai.

However, Shami added that the budget allocated to development in Sinai is still not enough, highlighting that the state has to allocate about 600 billion Egyptian pounds ($33.7 billion) to achieve development there.

Amr Ammar — a security expert and geostrategic researcher — said that the developmental plan in Sinai cannot be accomplished in just four years, and he expects development to take years. “When the security crises in Syria, Yemen and Libya ease, development in Sinai can move forward,” Ammar told Al-Monitor.

“Security threats are still there in the region, and this will definitely affect development in an area like Sinai,” he added.

However, Ammar said that such a developmental plan comes as part of a wider state strategy to defend Egypt’s borders against extremists. “The state is creating a strong urban community that can act as a defensive wall against any regional threats targeting the Sinai Peninsula,” Ammar added.

“This developmental plan is extremely crucial for Egypt especially in the light of the regional unrest,” he noted.