Both China and Turkey are determined to develop their cooperation in the defense and security sectors. 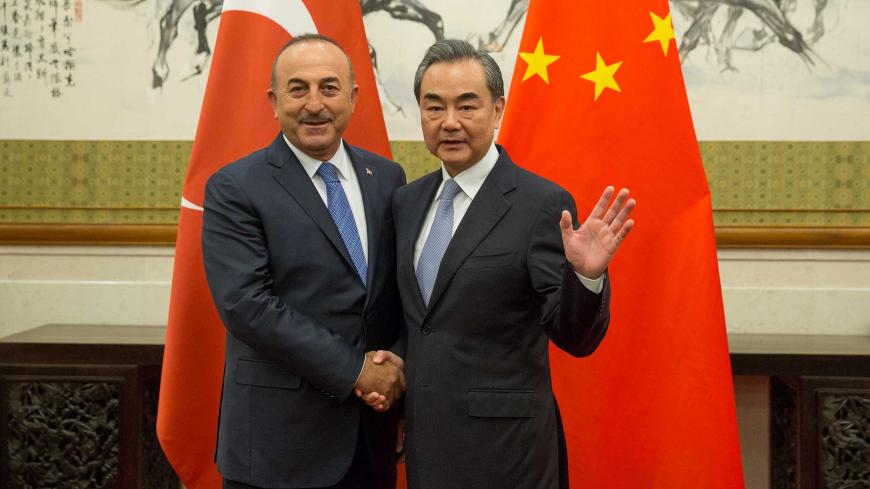 When the Chinese military attache stationed in Turkey said on July 28 that cooperation between the Turkish and Chinese militaries will produce “fruitful results,” his words didn’t escape the notice of defense circles. Speaking at a ceremony marking the 91st anniversary of the founding of the People's Liberation Army (PLA) of China, held at the Chinese Embassy in Ankara, Brig. Gen. Chen Qingsong also congratulated Turkish President Recep Tayyip Erdogan on his election victory in the June 24 polls and said his re-election will help to strengthen the ties between the two countries. The attendance of several high-level diplomats and politicians and Turkish Armed Forces commanders at the ceremony was also remarkable.

The attache, who said the PLA is actively participating in United Nations peace operations, noted that more than 37,000 Chinese military personnel had taken part in various peace operations worldwide in the past 28 years. He stressed that as a permanent member of the UN Security Council, China is the country that has provided the largest number of troops and the second top financial contributor to these operations.

As for China-Turkey relations, Chen said Erdogan had recently met with his Chinese counterpart, Xi Jinping, on the sidelines of the BRICS summit held in Johannesburg, South Africa, and that the two leaders frequently talk on the phone.

“Relations of the two countries are developing favorably. Turkey’s central corridor strategy that aims at linking Europe to Central Asia and to Afghanistan, Pakistan and China matches with China’s Belt and Road initiative,” he said.

According to Turkish diplomatic sources speaking to Al-Monitor, during the meeting in Johannesburg, Turkish and Chinese officials discussed how to strengthen cooperation between the two countries in the defense and security sectors.

Frequent visits and talks between the two sides indicate that both countries desire to expand their economic, security and defense ties. The latest visit was on July 26 when a Chinese military delegation headed by Maj. Gen. Licun Zhou, the political commissar for the Joint Warfare Institute of the PLA at National Defense University, visited the Turkish National Defense University.

The number of high-level meetings between the Chinese and Turkish militaries will increase in the coming months, the same sources added. According to the sources, the discussions will cover boosting cooperation in professional military education, military training, the defense industry, terrorism, intelligence sharing, robotic systems, artificial intelligence and cyberwarfare. Also, there will be some joint projects in which Turkish and Chinese engineers work together to boost defense cooperation.

In May 2018, a large number of Chinese officers attended the Ephesus 2018 military exercise held in Izmir as observers. The sources said officers were particularly interested in new military technologies displayed by the Turkish Armed Forces during the maneuver.

According to Altay Atli, a Turkish expert on the Asia-Pacific region who is a scholar at the Istanbul Policy Center at Sabanci University in Istanbul, China should be considered among the top economic partners for Turkey.

“China is the second largest economy in the world, which is now projecting its economic power to the rest of the world through the Belt and Road Initiative. At the moment, China is the largest source of Turkey’s trade deficit and current account deficit,” Atli told Al-Monitor. “However, what is important here is expectations for the future. Turkey expects, and rightfully so, to have China as a major source of investment and technology for its own economy. On the other hand, Turkey is important for China, too, because it is located right at the heart of the Belt and Road Initiative. So it is a case of mutual benefits, and both sides are eager to develop this further into the future,” he added.

Yet according to Atli, merely trade will not be enough for sustainable and productive cooperation between the two countries. “The two countries have to build on it and transform their relationship into a multidimensional collaboration structure. Both sides want a strategic partnership, and for this, economics alone is not enough. Security and military cooperation, including cooperation in the defense industry, can help Turkey and China both to effectively address their common issues of security concerns such as terrorism and strengthen the basis of their relationship.”

Atli also noted that Turkish-Chinese cooperation on the military field is not a brand-new development. “In 2010, both air forces conducted a joint exercise called the ‘Anatolian Eagle,’ and defense industry cooperation has been going on since the late 1990s — albeit at a more modest scale compared with Turkey’s cooperation in this field with NATO allies,” he said.

Atli said he expects more comprehensive cooperation between the two sides in the defense and security fields in the coming months and years.

It is clear that the international society will witness more intense military cooperation between Ankara and Beijing in the coming months. The question now is: How will this development be perceived by Western countries, particularly by Washington at a time when the Donald Trump administration is upping the ante in the trade war against China and at a time when Turkey's growing ties with Russia have already caused significant irritation in Western capitals?"