Will China buy Turkey on the cheap?

Some argue China may “swallow” Turkey through acquisitions, given China’s growing interest in the region and Turkey’s economic crisis, which has cheapened its assets and left it in dire need of external funds. But the realities on the ground speak otherwise. 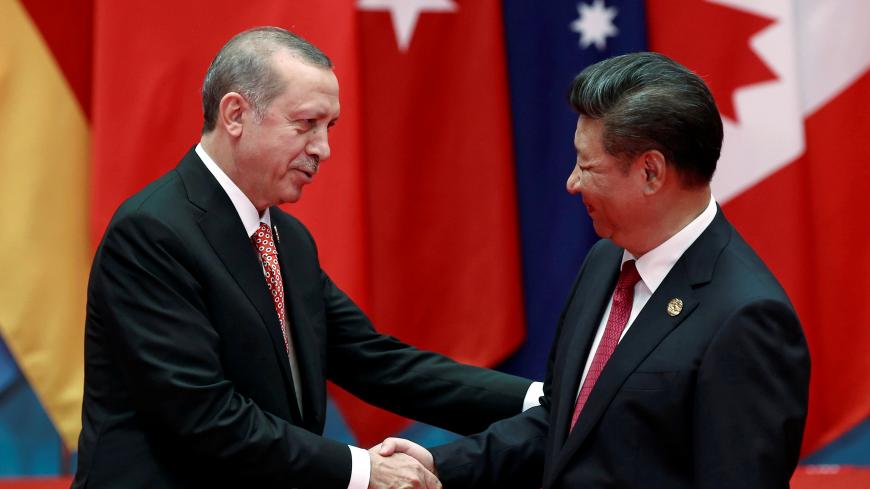 Is China going to buy up crisis-hit Turkey? The question sounds startling at first, but when a journalist begins hearing discussions revolving around this theme at almost every roundtable, panel or seminar on international relations he attends, looking for an answer to the question becomes a professional duty.

Indeed, the question is not unfounded. Turkey is going through a deepening economic crisis marked by rising unemployment and inflation, a growing external debt burden and a highly volatile Turkish lira. On top of it, Turkey’s problems with the United States and the European Union are worsening, and the country is drifting away from the West. China, on the other hand, is the world’s second-biggest economic power and seeks to revive the ancient Silk Road through its ambitious Belt and Road Initiative; in this context, it takes interest in the region where Turkey sits while boasting an extraordinary increase in capital exports and a foreign trade surplus — which means an abundance of money.

Ties between Turkey and China have remained on a positive track and continue to improve. This has become possible in part because Turkey has come to ignore the Uighur problem in the name of its economic and political interests.

In the most recent high-level contact, Chinese President Xi Jinping and his Turkish counterpart, Recep Tayyip Erdogan, held a bilateral meeting on the sidelines of the G-20 summit in Buenos Aires Nov. 30, expressing a willingness to take further “the strategic cooperation” and economic ties between their countries.

The Global Times, an English-language daily affiliated with the Communist Party of China, wrote that Xi spoke highly of Erdogan and said that “he and the Turkish president have kept close communication in recent years and jointly led the strategic cooperation between their countries to a higher level.”

According to the report, attributed to China’s official news agency, Xinhua, Xi said that “China supports the efforts by Turkey to maintain its steady development.” This was a polite reference to Turkey’s economic crisis, and Xi urged the two countries to “share development opportunities.”

Erdogan, for his part, reportedly praised the Belt and Road Initiative and expressed readiness “to deepen cooperation with China in areas such as trade and economy, investment, aviation, and tourism within the Belt and Road framework.”

To put the two presidents’ words into perspective, let’s take a look at figures pertaining to economic and commercial ties, starting with a comparison of foreign direct investments (FDI).

China’s direct investments overseas increased 44% to hit $183 billion in 2016, making it the world’s second-biggest investor in this category. When it comes to Turkey, however, Turkish central bank figures point to a downtick. Chinese FDI in Turkey were worth $115 million last year, down from $300 million in 2016 and $451 million in 2015. In the first eight months of 2018, Turkey attracted a mere $5 million in FDI from China. According to figures compiled by the Economic Policy Research Foundation of Turkey, the Chinese share in the total FDI that flowed to Turkey in 2017 was 2.2%.

The trade balance between the two countries is overwhelmingly in China’s favor. China was the largest exporter to Turkey last year, selling products worth $23.3 billion. Turkish exports to China amounted to $2.9 billion, with Turkey ranking as the 54th largest exporter to the world’s most populous nation. In other words, the state of trade with China is among the major sources of Turkey’s current account deficit, along with energy imports.

The giant asymmetry between the two countries has clearly emboldened those who, after the dramatic depreciation of the Turkish lira in August, have argued that “China will buy Turkey on the cheap,” and Turkey will end up as “an economic satrapy of China” and even face “Sinification.”

Some in Erdogan’s inner circle, meanwhile, attribute ideological significance to Turkey’s ties with China, viewing them in an “East versus West” context. Take, for instance, Yigit Bulut, a senior adviser to Erdogan and a member of the Presidential Economic Policies Board. In a Sept. 9 column in the pro-government daily Star titled “The East-West equation is being rewritten,” Bulut argues that a new, East-centered world order is emerging around Turkey and its periphery, and this new “imperial” power will include a “Turkish-Chinese synthesis” as well.

China’s Belt and Road Initiative and Turkey’s ties with China receive coverage also in the context of widespread anti-Americanism in Turkey’s pro-government media. Yeni Safak columnist Ibrahim Karagul proclaims in the headline of his Oct. 1 article that “the idea of a West-centered world has collapsed” and describes the Belt and Road project as “a new trade road that keeps the United States out.” According to him, the project is “an overt front” in “a political power struggle under the cover of economic war.”

Amid such comments in pro-government quarters, a summit of the Belt & Road Industrial and Commercial Alliance (BRICA) convened in Istanbul Oct. 18-19. What was the purpose of the summit? Was it meant to help overthrow the West-centered world order and establish trade roads that sideline the United States?

The summit was hosted by the Turkish Industry and Business Association (TUSIAD), which brings together the bosses of the country’s business community and upholds “the competitive market economy” and “participatory democracy.” To give an idea of TUSIAD’s representative clout, its membership of 4,500 companies pays 80% of the corporate tax in Turkey and accounts for 85% of the country’s foreign trade, excluding energy imports. The organization is known also for its substantial if soft-spoken criticism of government policies — especially those in the economic field.

The Chinese partner of the BRICA summit was the China Federation of Industrial Economics, one of the country’s leading business groups.

The aim of the BRICA Istanbul summit — the second after the group’s creation in Beijing in 2015 and the first summit in Egypt last year — was “to contribute to Turkish-Chinese economic relations.”

Asked about Chinese expectations from Turkey, a Turkish participant who closely followed the backstage of the summit offered an overview in stark contrast to the overly ideological meanings that some in government quarters attribute to relations with China. “There is nothing like an East-West axis in this affair. East and West are intertwined. The largest investments to China come from the West, and the largest investments to the West come from China,” said the participant, who asked not to be named. “There is one thing the Chinese are telling Turkey: ‘Turkey’s EU [accession] process should remain on track. We want to see assurances to that effect.’”

The participant stressed that China sees Turkey as a Eurasian crossroad opening to Europe and aims for a stronger presence in Turkey not only for its domestic market but also to open up to the region and the world. “They are telling us to update our customs union with the EU and not drift away from the EU,” the participant said. “They want their companies to operate under the guarantee of the law in Turkey and wish to see the EU common market standards, the market economy’s operational standards and a stable macroeconomic management in Turkey.”

According to professor Selcuk Esenbel, a leading Turkish expert on the Far East and founder of the Asian Studies Center at Istanbul’s Bogazici University, Turkey’s trade with China is not an alternative to its economic ties with Europe but rather backs and complements them.

Esenbel’s view of the Belt and Road Initiative does not support the ideologically loaded argument of a “Chinese-Turkish synthesis” either. “The Chinese are not of the mind that they are entitled to dominate,” she told Al-Monitor. “Because they rule in global trade, they want to build networks for their economic interests and security. Most of it is about trade, and secondly, they have a lot of money at hand.”

Clearly, Turkey sits in an extraordinary geographic location as to the logistical network that China is building for its global trade. Chinese interest in Turkey’s port and railroad potential is thus natural.

The current economic crisis will no doubt leave Turkey poorer, and foreign buyers will in the meantime acquire some of its companies, resources and mines. Yet despite its abundance of money, China could neither buy Turkey on the cheap nor become a remedy for its crisis with that money.

China in the Mideast
Turkish economy