Why dismantling the PA could advance two-state solution

Over the years, Prime Minister Benjamin Netanyahu succeeded in turning the interim agreement with the Palestinians into a permanent one, thus distancing talks toward the two-state solution. 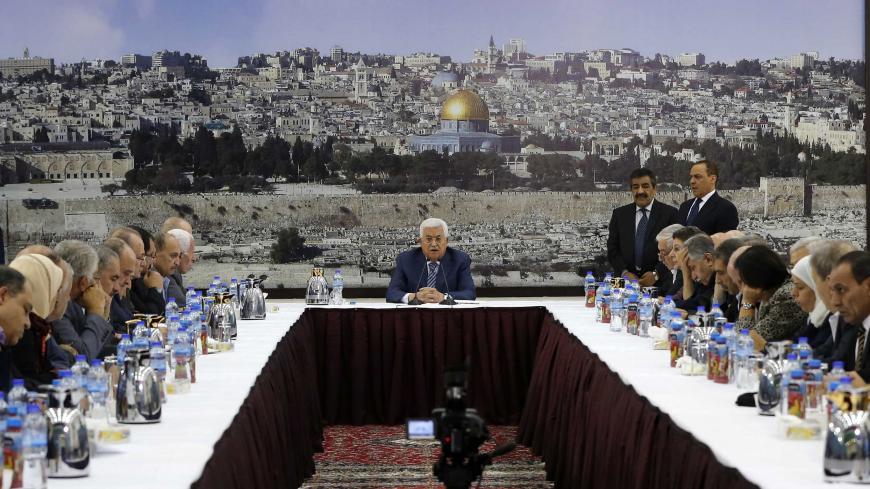 The Palestinians are extremely upset by the Donald Trump administration’s decision to cut $200 million in aid they get from the United States. A small part of this aid budget is designated for the Palestinian Authority (PA) itself — specifically for security coordination with Israel. Most, however, is funneled by USAID — the US State Department’s foreign aid arm — directly to Palestinian and international projects for infrastructure and agricultural and industrial development in the West Bank and Gaza Strip.

The US administration is hoping that the aid cut will force the Palestinian leadership to stop paying the families of Palestinians jailed in Israel for security-related offenses or those killed in terror attacks against Israelis; Palestinian President Mahmoud Abbas has pledged, however, that he would not cut these expenditures even if "we are left with one penny." The administration also hopes, in vain, that a blow to its coffers would force the PA to renew the ties it severed with Washington over the relocation of the US Embassy from Tel Aviv to Jerusalem in May. The Palestinians will not put up with anything resembling a sellout of their principles.

On the other hand, drying up the PA’s funding could lead Abbas to “hand over the keys” to Israel and letting it run the PA. The Americans have conceivably failed to consider such an option, although it may be the only one left for the Palestinian leadership. The PA cannot afford deep cuts in US aid that would leave it only with money to train its security forces and coordinate between them and Israel, bolstering its image as Israel’s sub-contractor in the occupied territories. If this ends up being the outcome of the American move, the government of Prime Minister Benjamin Netanyahu will emerge bruised.

Shortly after the September 1993 signing of the Oslo Accord between Israel and the Palestinians on the White House lawn, several countries established a donor forum — the Ad Hoc Liaison Committee — to help the PA fund economic initiatives, especially to build and upgrade infrastructure. Norway was designated head of the forum, and Israel was made a member and remains one. The aid funneled to the PA has enabled it since then to provide public services and pay the salaries of its workers. Tens of thousands of Palestinian teachers, medical personnel and others — who until then were on the payroll of the occupying state, Israel — started getting their wages from the new authority. Under the Oslo Accords, the PA was supposed to exist for five years (starting in 1994, after the signature on the Cairo Agreement) and then make way in 1999 for the institutions to be established within the framework of a permanent arrangement for the Palestinians. The PA went on to exist long past its due date, and no one is forcing it to dismantle although a permanent arrangement has not been achieved.

The first head of the PA, PLO leader Yasser Arafat, did occasionally threaten to dismantle the PA unless the sides quickly reached a final agreement, but he never carried out the threat. His successor, Abbas, has also said that absent an agreement with Israel, he would dismantle the PA, but the keys remain in his pocket. In the past few months — for instance, at the Palestinian Council meeting in Ramallah last April — he even made clear that he did not intend to give up one of the few tangible achievements of the Oslo Accord: the establishment of Palestinian institutions, modest as they are.

In other words, everyone finds it convenient to keep the PA on the life support machine to which it has been hooked since its original mandate ran out. The Palestinians have a government recognized by Israel (de facto) and a majority of the world's nations, and the UN has granted the PA the status of a non-Member Observer State and enabled its accession to many of its affiliated organizations. A “nomenclature” has sprung up around the PA, dubbed by writer Milovan Djilas “the new class” — meaning a rather large group of people holding various government positions who, along with their families and close associates, have a vested interest in the continued existence of the establishment, largely to guarantee their political and economic future.

Israel was freed from the onus of funding Palestinian life in the occupied territories when it handed over the running of schools, hospitals, domestic security and public order to the PA some 25 years ago. The last thing any Israeli government would want is to be saddled with this responsibility once again. The tight security coordination, including the willingness of both sides to admit the intimacy involved, is another important reason for the Netanyahu government’s stake in preserving and defending the PA.

Over his many years in office, Netanyahu has proven that he does not truly intend to divide the land of Israel he now controls or allow the establishment of a Palestinian state. In fact, he has turned the Oslo Accords from an interim agreement to a permanent one of sorts.

There was good reason for Netanyahu’s comment during a visit to Lithuania on Aug. 24, saying he sees “no urgency” in presenting Trump’s blueprint for Israeli-Palestinian peace. Netanyahu can have it all — continued occupation of the Palestinian lands on which Israeli settlements have prospered — without having to fund it. He has done it within the legal framework drawn up for what was supposed to be a temporary deal but has never been rescinded — not by the Palestinians nor the Israelis, including the current government that is the most radical right-wing one ever to rule Israel.

But why are the donor states so intent on contributing money to a PA that is unable to support itself despite the passage of time and on funding facilities — mostly in Gaza — repeatedly destroyed in frequent Israeli-Palestinian clashes?

A friend from one of the donor states gave me a partial answer to this question several years ago. He told me that his country’s prime minister had never had a one-on-one meeting with the president of the United States, but since his country had joined the donor forum, his prime minister drops in at 1600 Pennsylvania Avenue on every visit to Washington. Today, I might not get the same answer, and Trump would clearly not shed a tear if the donor community ceased to exist. Nonetheless, other than the diplomatic-ideological aspects of supporting a Palestinian state in the making, the donor countries are looking to the future with an assessment that a different US administration will want continued funding of the PA and value it.

The American aid cut could potentially change the status quo. A resulting Palestinian decision to dismantle the PA and hand the keys back to Israel could have a vital role in forcing the Netanyahu government to understand that the interim arrangement included in the Oslo Accords has a limited shelf life, and that Israel cannot continue occupying the West Bank under its auspices without forking over any money. Even if this ends up being Trump’s only contribution to an Israeli-Palestinian deal, its value cannot be understated.