Abbas needs to dismantle the PA

Instead of playing into Benjamin Netanyahu's policy of treating the Oslo Accords like a final agreement, the Palestinian leadership should dismantle the Palestinian Authority and hand the keys back to Israel. 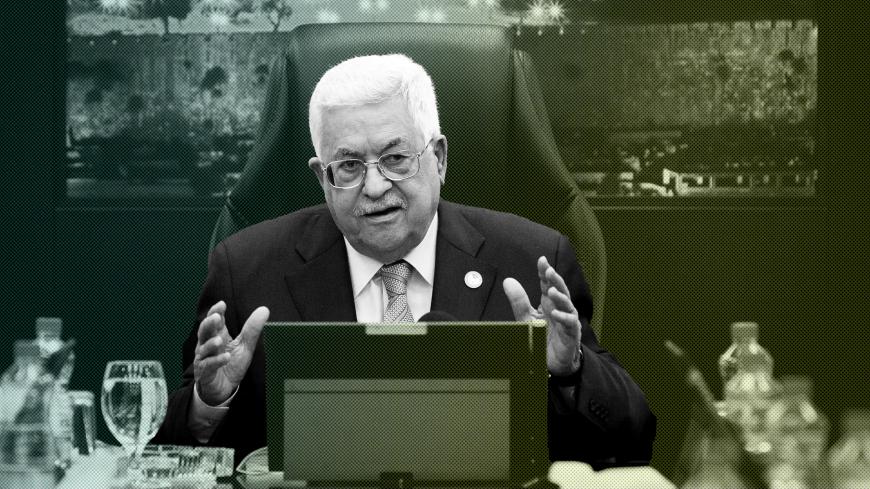 My first meeting with PLO Chairman Yasser Arafat while Israel’s deputy foreign minister took place in Tunis a month after the signing of the Oslo Accords at the White House in September 1993. Part of the conversation took place in the presence of officials from both sides, and part of it one-on-one. It started at 10:00 p.m. in the evening and continued on into the night.

Among the topics Arafat raised were the payments to families of Palestinian casualties from the conflict with Israel and Palestinians held in Israeli prisons. Arafat said that the PLO would have to continue to depend on donations for them, because it was clear to him that the World Bank would not be able, as a matter of principle, to fund such payments.

I had not known about the payments, and when Arafat turned my attention to the issue, I said that even if it were not a matter of funding terrorism, it was clear that such funds could encourage young people to take risks and even sacrifice themselves for the sake of their families. Arafat's response was that he hoped the problem would be resolved within the framework of a peace agreement, since there would supposedly no longer be prisoners. In the meantime, however, ending the payments would mean the end of the PLO. In other words, the Palestinian street would never accept discontinuing the payments.

Every Israeli government of the past 26 years, including the four led by Prime Minister Benjamin Netanyahu, had accepted the situation. Although they didn’t like it, they understood the significance of ending the payments. Then in July 2018, the Knesset passed a populist law introduced by Avi Dichter (Likud) and Elazer Stern (Yesh Atid) to deduct the corresponding amounts paid to prisoners and their families from the tax receipts Israel collects and transfers to the Palestinian Authority (PA). The measure passed with a huge majority and ignored Netanyahu’s desperate attempt to add a clause granting the Cabinet discretion in implementing it. The law explicitly violates agreements with the Palestinians, according to which Israel does not have the right to treat Palestinian customs revenue as if it were its own, aside from the considerable 3% it keeps as a fee for handling the money.

Palestinian President Mahmoud Abbas is politically much weaker than Arafat was, but when he says that even if the PA receives a single shekel, it will be allocated to the prisoners, he means it, whether he is thrilled about it or not. His decision not to accept any of the customs revenue from Israel because of the deduction represents his clear rejection of the Israeli dictate. A large amount of money is involved — some 400-500 million shekels a month (between $111 million and $139 million) — and the PA depends on it for its existence. It is, therefore, clear that within a few months, the PA will collapse if a generous donor is not found to cover the amount or a compromise formula is not reached between Israel and the Palestinians.

It seems that this is a trap that binds both sides: funding the families of imprisoned Palestinians is problematic in the context of the fight against terrorism and morally; Israel’s action against such funding by using the PA's customs revenue is a piratical act; the Palestinians' refusal to accept the rest of the customs revenue could place too large a burden on nations that have been donating to the PA for more than a quarter century.

Like most crises, however, this one is also an opportunity: This is a moment when the Palestinians could declare the death of the PA.

Israel and the PLO committed to reaching a permanent agreement by May 4, 1999, but none was reached. Netanyahu’s first government did everything in its power to thwart the Oslo Accords without officially nullifying them. Today, after more than two decades, during most of which Netanyahu led Israel’s government, it is clear that Netanyahu’s policy is to use the Oslo Accords, which are clearly an interim agreement, as if they were a permanent agreement.

Netanyahu strives to perpetuate the existing situation, to continue to build housing for Jews in the occupied territories under Oslo's auspices; to continue security cooperation with the PA (which saves Israel much blood and sweat); to occasionally throw bones to the left (for example, his Bar-Ilan speech in 2009) and the right (for example, his promise of a future annexation of settlements on the West Bank); and mostly “to manage the conflict.” All of this is done out of a hope, not supported by anything, that time will work in Israel's favor.

The PLO should have ended this game a long time ago by dismantling the PA, in which it is predominant, and handed the keys back to Israel. In the current situation, it is seen by most of the Palestinian public as cooperating with turning the interim agreement into a permanent agreement, which plays into the hands of the right in Israel and the United States.

One can assume that the Palestinian leadership benefits to a certain extent from the existence of a proto-state, with its president, prime minister, other ministers and advisers and political etiquette. One could also assume that the PA, as the largest employer in the Palestinian territories, is concerned about increasing unemployment if the authority shuts its doors. This does not, however, justify maintaining the false pretense of a “state on the way” in the form of the PA, because as long as the PA exists, it is a state on the way to nowhere.

There’s no need to fear for the livelihood of PA employees because the situation will revert to the one that prevailed pre-Oslo: Israel would be responsible for everything, and one can be confident that it would act efficiently. It would take care of teachers and schools and hospitals and medical staff. Israeli soldiers would maintain law and order in Palestinian cities, and donor nations would be free of the burden of funding the Palestinians' governing entity. The PA leadership would refocus on activities within the PLO, which would continue its diplomatic struggle, while Israel paid the full price of the occupation.

This is the challenge that confronts Abbas at this late stage in his life and his political journey. The PA is the single significant card he holds, after rejecting, to the good fortune of both Israelis and Palestinians, the use of useless violence against Israel. The decision to give up the Palestinian customs revenue should be the last step before purposely bringing the PA chapter to a close, instead of waiting for its collapse. Should this happen, it would be best for various entities around the world, including the European Union, not to take pathetic steps to resuscitate it in order to prevent such a move at the last minute.

Judging by recent statements and publications, the Palestinians are likely to reject the forthcoming peace plan of President Donald Trump. That rejection will, in turn, enable Israel to claim that “there is no partner for peace.” Thus, assuming that Trump’s “deal of the century” will not be an anchor for diplomatic advancement, but proof, so to speak, that Israel has no partner, there isn't anything else for Abbas to do but seize the bull by its horns and make the declaration, necessary for so long, that he is dismantling the PA. More than any other action, it would wake up all those who have enjoyed the status quo to take risks to change it.