Israel negotiates with Hamas, despite its ideology of destroying the Jewish state, while ignoring Palestinian President Mahmoud Abbas, its only security partner against terror. 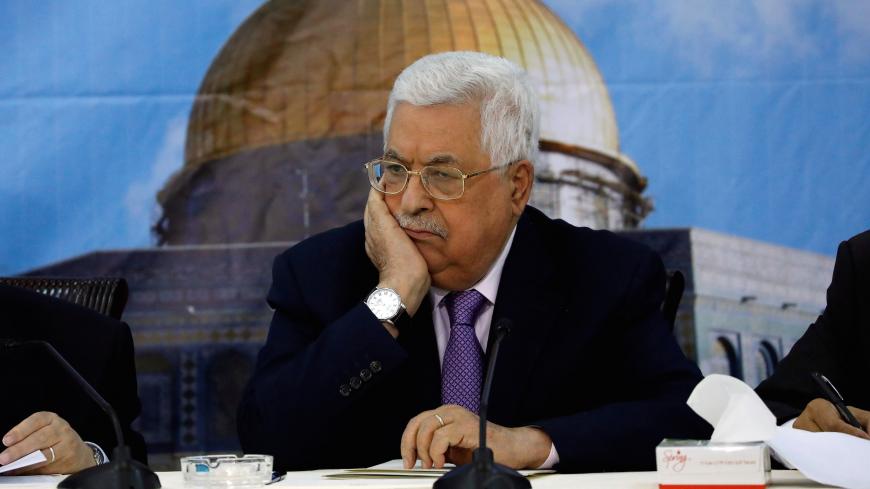 In the 25 years since the signing of the Oslo Accords between Israel and the PLO, Israel stuck tenaciously to a single, clear policy. It would engage in negotiations with the PLO (and later with Palestinian Authority [PA] leadership) and wage a relentless war against Hamas terrorism, which was seen as being the greatest foe of the two-state solution.

For the first time ever, Israeli policy is changing right before our eyes and becoming the exact opposite of what it once was. The current government under Prime Minister Benjamin Netanyahu, Defense Minister Avigdor Liberman and Education Minister Naftali Bennett may be the most right-wing government in Israeli history, but now it is isolating the PA and conducting negotiations with Hamas. Israel is punishing the entity with which it signed a long list of agreements and “rewarding” Hamas — even though it still does not recognize Israel and remains committed to its underlying goal of destroying the Jewish state and expelling its Jewish population to “wherever they came from.”

The consequences of this move are almost impossible to imagine. Sitting in Ramallah is an aging Palestinian leader — Palestinian President Mahmoud Abbas — who is committed to the war against terrorism and keeping Palestinian agreements with Israel. His security forces cooperate with Israel in wiping out terrorism, since they regard Hamas as an existential threat no less than Israel does. And yet despite all this, today, in 2018, Abbas is isolated, irrelevant and under siege. He is being thrown under a bus being driven by Netanyahu, Hamas leader in Gaza Yahya Sinwar, Liberman and Hamas leader Ismail Haniyeh.

All of this is happening despite the unequivocal recommendations and warnings of the Israel Defense Forces and Shin Bet. They claim that Abbas must not be kept out of the picture, and that any agreement reached between Israel and Hamas that does not involve the PA and does not make Ramallah responsible for moneys flowing into Gaza poses a threat to the stability of the PA if not the entire region.

The underlying impression is that everyone is ignoring these warnings. This includes the Egyptians, Qataris, Americans and Europeans. As far as Egypt is concerned, reaching a state of calm between Hamas and Israel is a strategic necessity that would allow it to focus its attention on its fight against the Islamic State in the Sinai Peninsula by neutralizing Hamas as a player in that regional conflict. These days, Qatar is the major supporter of Hamas, and was, until recently, treated with disdain by Jerusalem. Nevertheless, Liberman had no qualms about meeting the special Qatari emissary to Gaza, Mohammad al-Amadi, in Cyprus on June 22 — as was reported by Channel 10 (and never denied) — during a summit of defense ministers representing Greece, Israel and Cyprus.

An Israeli-Hamas arrangement would reduce pressure on Gaza. Hamas will receive a seaport in Cyprus (under Israeli supervision), the supply of electricity will be improved and the salaries of government bureaucrats in Gaza will be paid. But all of this would actually prove yet again that Israel only understands force, and that the incendiary kites launched from Gaza into Israel and the “marches of return” on the border fence can cause Israel to fold, just as terrorism caused Ariel Sharon to withdraw unilaterally from the Gaza Strip.

Liberman explains things differently. He says that Israel is not negotiating with Hamas and there will be no official calm between the two parties. Instead, he speaks of the need to drive a wedge between the people of Gaza and Hamas and to do everything to ensure that the Arab Spring finally reaches Gaza.

Liberman does not speak about the real reason motivating him and his partner Netanyahu to continue defending Hamas. He does not explain why he opposes any initiative or even the slightest hint that he intends to fulfill his old election promise to topple the Hamas regime in Gaza. He and Netanyahu are more worried about the possibility of the Palestinian Ramallah leadership returning to Gaza and reuniting the wayward territory with the West Bank, since this would present to the world at large and President Donald Trump in particular a Palestinian partner that is not torn apart by internal divisions. In other words, Israel could have once again a potential partner for negotiations.

For Liberman, Netanyahu and even Bennett, this scenario would be the fulfillment of all their worst nightmares. The nightmare only got worse on the evening of Aug. 19, after Channel 10 reported on a meeting between Trump and King Abdullah of Jordan. The two leaders discussed the possibility of letting the two-state solution die and replacing it with a “single state solution,” with equal rights for everyone. Under these circumstances, Trump told the king, “the prime minister of Israel in a few years will be called Mohammed.” Almost immediately, popular Israeli Arab Knesset Member Ahmad Tibi tweeted a correction: “President Trump is confused,” he wrote. “It’s not Muhammad. It’s Ahmad.” (Tibi has been hinting for years that at some point the citizens of Israel will have to choose between “Bibi [Netanyahu] and Tibi.”)

What Liberman and Netanyahu are trying to do is to double their yield with a single move. They want another year or two of calm in Gaza; at the same time, they want to reduce the chances of reaching the “deal of the century,’’ which Trump’s team is still trying to achieve in Washington. They want to make sure that such a deal is never presented at all, or if it is presented, it is not adopted by the Palestinians. Isolating Abbas and making him irrelevant while strengthening Hamas will contribute significantly to fulfilling that. It will enable Netanyahu to continue with his strategy of getting Israelis used to living the good life without a peace process. That is how the most right-wing government in Israel’s history reached a situation in which it grants its seal of approval to Hamas, a terrorist organization that sanctifies the destruction of Israel, while attacking the PA and the PLO, even though Israel has already signed a long list of agreements.

All that remains to be done is to try and imagine this policy under a left-wing government in Israel. The streets would be in flames, Netanyahu would be leading furious demonstrations and Liberman would focus his rage on “the traitors among us” — as the Israeli right-wing sometimes refers to Israeli left-wingers. The settlers would be running amok, and Bennett would be organizing the masses in loud demonstrations and hunger strikes. None of that is happening now. Every now and then, Bennett attacks Liberman (while being careful not to harm Netanyahu), Liberman then responds to Bennett and that is all. The people are calm. As has been proven time and again, in Israel, only a right-wing government can shift to the left (if such an arrangement with Hamas is considered a shift to the left), and only a left-wing government can shift right.