Defense Minister Avigdor Liberman intends to establish a new military corps dedicated to missiles and rockets to counter growing threats from Hezbollah in Lebanon and the Syrian army. 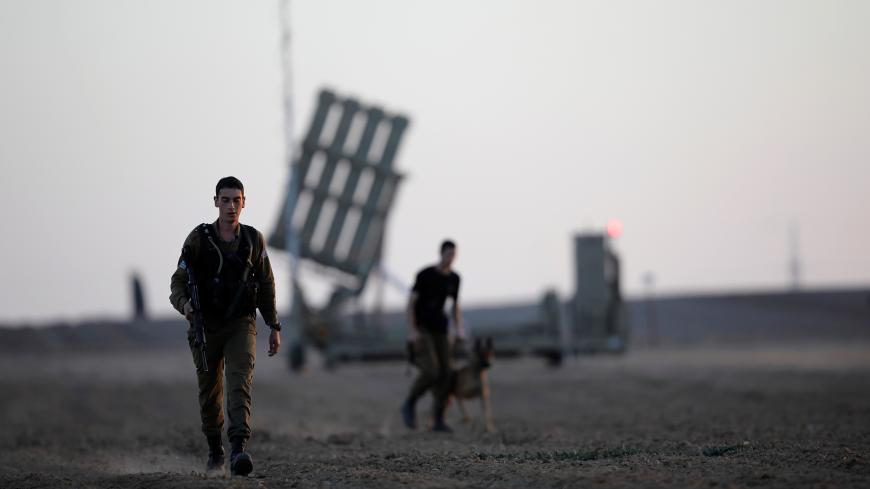 Israel’s military-strategic advantages over its adversaries are many, but no one doubts that Israel’s air force is the true game-changer. For dozens of years already, Israel’s top decision-makers and army chiefs refer to the air force as “the insurance policy of the State of Israel and the Jewish people.” The Israel Defense Forces invests the better part of its funds, its energies and its qualitative human resources in the air force, and has become the first foreign army to have tested the United States' F-35 stealth fighter jets under real combat conditions.

The missions and sorties the Israeli air force had accomplished in two weeks of fighting in the Second Lebanon War can now be carried out in a 24-hour timeframe. The air force is viewed as Israel’s awe-inspiring strategic arm and its most effective instrument of deterrence.

Defense Minister Avigdor Liberman is now working to add a new dimension. At this stage, Israel has no intentions of adversely affecting the quality and dominance of its air force, but Liberman has already set his sights on a strategy that he wants to promote in his current term of office: The establishment of a “missile corps” in the IDF, a “smart” missile-rocket military arm that will be precise and deadly over various ranges, from southern Lebanon to the depths of Syria. It would be Israel’s counterbalance to Hezbollah’s seemingly infinite rocket arsenal and Syrian President Bashar al-Assad’s renewed missile capabilities.

The IDF’s reception to the defense minister’s initiative was frosty. The army already has precise long-range rockets. Chief of Staff Gadi Eizenkot does not like this revolution brewing in his own backyard and threatening his multi-year Gideon plan. Gideon involves an array of actions to strengthen the army and its activities, its provisions and supplies for the coming years. Meanwhile, Liberman and Eizenkot decided on an enormous acquisitions deal in which the IDF will purchase from Israel’s IMI Systems (formerly Israel Military Industries) a new fleet of rockets and missiles that will greatly strengthen Israel’s array. According to the plan, a special, separate military arm devoted only to missiles will be established later on. It will be more varied, sophisticated, precise and deadly than all the corresponding missile branches in Lebanon and Syria.

Behind the scenes of this mini-revolution in the IDF’s firepower tenets is an attempt to adjust the army to the modern era, in which antiaircraft batteries are increasingly sophisticated and threatening Israel’s absolute aerial superiority. In the coming years, Hezbollah will have many hundreds if not more very precise missiles, deviating at most several meters from their target.

Even if we assume that most of these missiles will be intercepted by the anti-missile system Magic Wand (also called David’s Sling), the working assumption is that some of the missiles will hit their targets on D-Day. Hezbollah’s main target in the next war will be Israel’s air force bases, as it realizes that the more they can damage this corps, the longer the life expectancy of Hezbollah's people in Beirut’s Dahiya suburb and elsewhere in Lebanon.

“The luxury of having an air force that operates freely and almost without being threatened is ending soon,” a senior Israeli military source told Al-Monitor on condition of anonymity. “They won’t be able to neutralize the air force but they can make it difficult for us, maybe circumscribe the air force’s circle of activities one way or another,” he admitted.

“There is no reason we won’t be able to strike every single target with intensity and precision, even without jets,” Liberman told Al-Monitor in a recent conversation. “We absolutely must have an alternative to the air force. We can’t afford to put all our eggs into one basket, no matter how sophisticated that basket may be.”

Another military source proficient on the subject told Al-Monitor on condition of anonymity, “Not every target in Lebanon or Syria requires a pilot that took us three years to train, in a jet that cost $200 million. It’s not always necessary. A missile or rocket costs much less and doesn’t need to pass meticulous tests and pilot training. If the rocket misses the target, nothing happens. There is no pilot to be taken prisoner, no pressure to release terrorists for missing pilots.”

According to the plans, IMI Systems will produce most of the rockets and missiles and then adapt some of them to be launched from the decks of the Israeli navy and even from air force planes. “The goal,” a senior army source told Al-Monitor on condition of anonymity, “is to diversify and lower our risk factors. Our airports are vulnerable, as are our runways, which can be damaged relatively easily. True, we have the ability to fix things and get back on track quickly, sometimes within minutes, when runways are hit. And at this point, there’s not a chance that one of our enemies could neutralize the air force. But the time has come for us to implement surgical, lethal and precise capabilities without sending planes into the air.”

The assessment is that a missile corps of the type that Liberman dreams about would cost somewhere between six and eight billion shekels ($160-200 million) over a decade. Israel’s defense industries develop leading technologies in the precision, self-correction, maneuvering and firepower of missiles and rockets. They are already selling missiles to other countries around the world. Now Israel will make use of this impressive technology.

In the words of another Israeli military source who spoke to Al-Monitor on condition of anonymity, “It is important that [Hezbollah Secretary General Hassan] Nasrallah know that these missiles do not come at the expense of Israel's ability to carry out a bona fide, sharp and aggressive maneuver within Lebanon. It is only in addition.” These words were uttered on the background of Nasrallah’s recent speech in which he argued that the IDF is finding it difficult to recruit soldiers to the field units and maintain motivation for combat service.

“Nasrallah tries to demonstrate his expertise regarding Israeli society and that’s impressive,” said a high-placed IDF officer on condition of anonymity, “but he is well aware of the balance of power. He understands that what was in the past will not always be. The next time, Lebanon will be held accountable for all of Nasrallah’s deeds. The country will pay a very high price should it allow itself to be dragged by Hezbollah into any kind of adventure.”