Attempting to avoid further escalation with Hezbollah, the Israel Defense Forces are careful to showcase lots of fire and brimstone, but no casualties on either side. 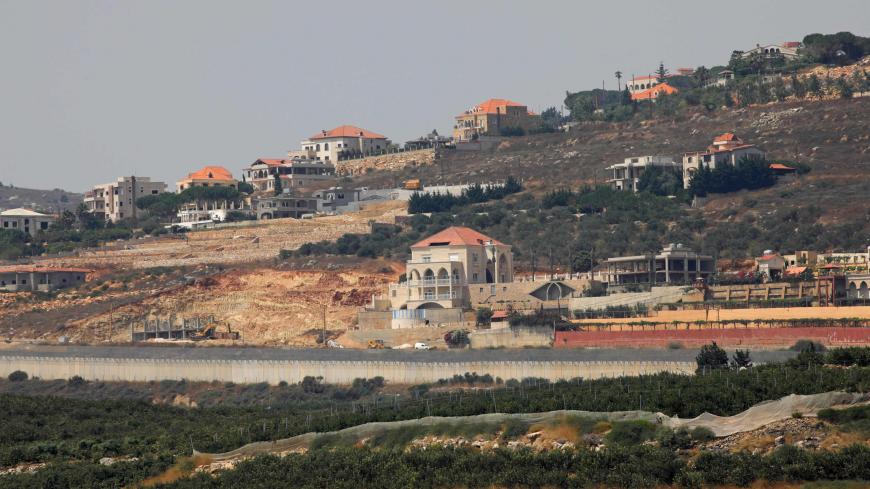 A picture taken from the northern Israeli town of Metula shows the southern Lebanese village of Kfar Kila behind the concrete barrier wall along the border between the two countries, July 28, 2020. - JALAA MAREY/AFP via Getty Images

Israel Defense Forces (IDF) Chief of Staff Aviv Kochavi has turned the term “lethality” into a central theme of his tenure. Kochavi is investing great efforts in improving the military’s lethal combat abilities — its capacity to hit as many targets as possible in the shortest time by virtue of the IDF’s decisive technological superiority in terms of intelligence, air power and precise “counter fire.”

Kochavi’s goal is simple: inflicting maximum heavy damage and casualties on the other side by stretching the IDF’s military capacity to its limits in order to shorten the duration of the next war. The chief of staff believes that if the damage Hezbollah sustains in its next confrontation with the IDF is unsustainable from the start, its leader, Secretary-General Hassan Nasrallah, would conclude that there was no point in dragging out the confrontation with Israel. In other words, the greater the lethality, the less time it will take to stop the fighting and Israel will save itself a protracted, costly and bloody war next time.

Developments in the Israeli-Hezbollah arena in recent years have been the exact opposite of this scenario — lots of fire and brimstone, smoke and mirrors, bangs and bugles, but very few casualties, enabling both sides to pretend it has landed painful blows on the other, while in fact emerging intact, for the most part.

Such was the case on July 27, when a team of three to five Hezbollah terrorists crossed the international “blue line” border between Lebanon and Israel near Mount Dov (known by the Lebanese as Shebaa Farms), the usual arena of Israel-Hezbollah clashes, on their way to carry out an attack on IDF troops.

The IDF had been awaiting such a group attack attempt for days, and had prepared to the hilt to avoid being surprised. A 19-year-old IDF scout identified the Hezbollah fighters crossing the borderline — an area where there is no fence — and raised the alarm. They were carrying personal weapons and heavy bags. “We kept them in our sights and tracked them along several hundred meters,” a senior military source speaking on condition of anonymity told Al-Monitor later that day. “And we opened heavy fire when they drew closer to the IDF position overlooking the slopes of Mount Hermon.”

There remains, however, a niggling question. A beefed-up infantry battalion force, backed by a Merkava tank, aircraft and choppers, awaited the infiltrators — but failed to hit a single one of them at relatively short range and instead allowed them to turn back and cross back into Lebanon without a scratch. In other words, what about the IDF’s famous “lethality” doctrine?

The answer is simple. In the scenarios drawn up in extensive discussions leading up to the incident, the IDF was instructed to try to end the event without casualties on either side in order to avoid setting off a chain of Hezbollah and Israeli responses and counter-responses, possibly culminating in a conflagration at the worst conceivable time for each side. Lebanon is mired in an unprecedented economic crisis, food is scarce, power is limited, Nasrallah is under political siege and is blamed for having dragged Lebanon into the hole in which it now finds itself. The situation in Israel is somewhat similar. While there is plenty of food and electric power, unemployment has surged within weeks from almost none to over 20% and Prime Minister Benjamin Netanyahu’s popularity is plunging. The last thing he needs right now is a war.

The Hezbollah operation was supposed to avenge the death of one of the group’s fighters — Ali Kamel Mohsen Jawad — in a July 20 strike on an Iran-backed target near Damascus, attributed to Israel. To begin with, Nasrallah was not overly invested in this revenge action although he adheres to the rules he had set out over a year ago. According to these rules, Hezbollah would respond to the killing of each of its fighters, not only in Lebanon but in the Syrian arena, too. Yet this time, Nasrallah sought to ensure a low-intensity revenge operation. He did not express himself on the incident, instead dispatching his deputy Naim Qassem to face the TV cameras and talk with journalists identified with the movement.

However, Nasrallah seems to have had a surprising change of heart shortly after the July 27 incident. In an about-turn, Hezbollah denied Israeli reports of the incident, claiming it never happened and that as far as it was concerned, it had not yet settled its score with Israel and the revenge for the killing of its man in Syria was still to come.

This unexpected response forced Netanyahu and Defense Minister Benny Gantz to summon camera crews to Defense Ministry headquarters in Tel Aviv in order to deliver a live, primetime threat to the Lebanese movement. “If Hezbollah hits Israeli soldiers,” a senior Israeli military source told Al-Monitor on condition of anonymity, “Israel will hit dozens of Hezbollah fighters in a disproportionate response.”

Unlike previous bursts of violence between the sides, this time the tensions have lingered rather than quickly dissipating. Hezbollah’s declaration and the threats by Gantz and Netanyahu have left the cauldron boiling. Behind the scenes, the parties engaged are expressing deep concerns. On the Lebanese side, speculation is rife regarding Nasrallah’s predicament under siege and his possible conclusion that a violent clash with Israel sending masses of Israelis into shelters was just the thing he needs to restore his movement to its self-proclaimed status as Lebanon’s defender.

Similar concerns have emerged in Israel. Senior political sources say that some in Netanyahu’s circle are toying with the idea of taking advantage of the current situation to land a powerful pre-emptive strike on Hezbollah that would remove or at least reduce to a minimum the growing threat of rockets and precise missiles arrayed against Israel. According to this theory, the fact that the Israeli economy is in crisis and Lebanon is on the verge of collapse makes the current conditions ideal for a pre-emptive Israeli strike. The fact that a sympathetic president such as Donald Trump is still ensconced in the White House fuels this idea further, as does Netanyahu’s personal political circumstances and the impasse in his contacts with his rival/partner Gantz.

In other words, despite the somewhat derisive tone at the start of this piece regarding the IDF’s “lethality” motto, the coming months could drag both sides into unprecedented lethality, which neither side intended, to begin with. I must honestly add that to date, Netanyahu has displayed an abundance of caution regarding military adventures. On the other hand, he has never found himself at such an impasse and under such heavy siege. The less he has to lose, the more others should worry about what they stand to lose in case of an escalation that would set the region on fire.