A visit to Erbil by a Saudi trade delegation in late July has the potential to bear fruit in advancing economic cooperation and investment in the region, helping ease its current financial crisis, but the Saudis' move has raised eyebrows in Tehran. 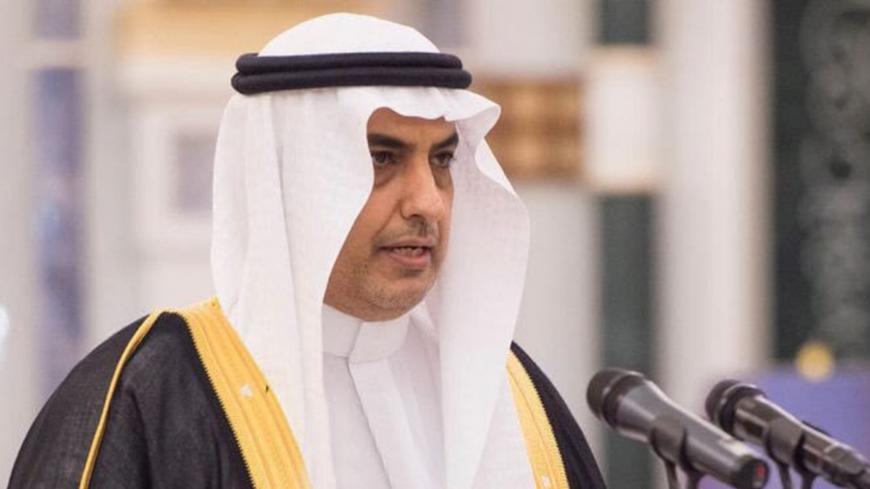 Iraqi Kurdistan, facing an acute financial crisis, has a newfound opportunity to attract desperately needed foreign investment from Saudi Arabia, but regional tensions between Tehran and Riyadh could hamper its efforts.

A large Saudi trade delegation led by Sami Bin Abdullah al-Obeidi, chairperson of the Council of Saudi Chambers, and accompanied by the Saudi ambassador to Iraq and the consul general to Erbil, visited the Iraqi Kurdistan Region July 23-25, meeting with business leaders and government officials, including Prime Minister Nechirvan Barzani, to explore economic opportunities in the energy, agricultural, industry and tourism sectors. Although no agreements were signed, the parties agreed to work toward expanding economic relations, as Saudi Arabia plans to establish a direct trade link from its Arar border crossing into Anbar province and on to the Kurdistan region.

“Some of [the Saudi businessmen] have expressed the desire to build an entire industrial city in the Kurdistan region and build factories that would export to the rest of Iraq,” Abdulaziz al-Shammari, Saudi ambassador to Iraq, told Rudaw on July 25.

In a positive sign for bilateral trading opportunities, Shammari remarked, “The [Arar] border crossing will open in the next 10 months and it will see large-scale trade exchange.” He also said to expect direct flights between Erbil and Riyadh in the coming months and raised the possibility of Saudi banks opening branches in the region.

“This is a good beginning for our commercial relations with the Kingdom of Saudi Arabia,” Erbil Gov. Nawzad Hadi told Al-Monitor. The delegation discussed various investment opportunities, with the Kurdistan Regional Government (KRG) also presenting 1,500 projects that have not been finished because of the region's financial crisis.

The invitation to the Saudis was extended by Kurdish officials who took part in an Iraqi delegation to a February conference in Kuwait on Iraq's reconstruction. The Saudis pledged to provide $1 billion through its Saudi Fund for Development and $500 million in export credits.

As for possible Saudi contributions to the Kurdistan region, “They can bring in their companies and invest in any sector they want,” Nouri Osman, head of the KRG’s Board of Investment, told Rudaw on July 24.

The arrival of the Saudi trade delegation is a testament to the Kurdistan region adopting an investor-friendly environment and possessing huge untapped oil and gas resources. Despite such assets, however, the KRG is “choking on debt” and desperately needs to find a solution to the current crisis.

“Perhaps the most intractable, and least discussed [problem] is how to address the insolvency of the semi-autonomous [KRG]. It’s a simmering crisis that threatens Iraq’s economic future and political unity, and one that the central government [in Baghdad] needs to step up and help defuse,” wrote Andrew Snow of United States Institute of Peace on May 9.

Following the Islamic State (IS) attack on northern Iraq in summer 2014, and with the KRG confronting an acute economic crisis mainly due to low oil prices — almost all the KRG's revenue depends on oil sales — many investors, including those in the oil and gas sectors, left Kurdistan, plunging the region deeper into crisis. Now, with the IS security threat under control and oil prices rising, the KRG is trying to present itself as a destination for regional and international investors.

In early May, the KRG held its fourth economic conference with Iran and signed a memorandum of understanding to expand economic relations and highlight investment opportunities to its eastern neighbor at a time when relations between the two parties had sunk as a result of the KRG proceeding with a Kurdish referendum for independence last fall, which Iran vehemently opposed. Iran has an 1,118-mile border with Iraq, including the Kurdistan region, and 18 border crossings.

On a positive note, Hasan Danaeifar, former ambassador to Iraq who now leads the Chamber of Commerce, Industries, Mines and Agriculture in Iraq (which is an Iranian governmental body), said on Aug. 1 that in the first four months of the Iranian calendar, from March 21 until July 21, Iranian exports to Iraq grew by 25%.

While KRG officials have been relatively successful in attracting foreign investment to their landlocked region despite widespread corruption, tensions — between Iran and the United States and Washington's regional allies, in particular Saudi Arabia — have posed a challenge to Saudis entering the Kurdistan market. Iran, one of the main investors in Iraqi Kurdistan, sees the Kurdistan region as its strategic backyard and looks with suspicion on Saudi activities there.

Tehran has in the past accused Riyadh of trying to foment unrest in Iran by supporting Kurdish armed opposition groups. “[Saudi Arabia] gives money to any anti-revolutionary who comes near the border and says, ‘Go carry out operations,’” Mohsen Rezai, former head of Iran's Islamic Revolutionary Guard Corps, said in 2016. “When they ask, ‘Where should we carry out operations?’ they say, ‘It’s not important. We want Iran to become insecure.’”

On July 29, Nazim Dabagh, the KRG's representative in Tehran, told al-Alam TV, the Arabic-language arm of the Iranian government, that Saudi Arabia’s increased interest in trade with Iraqi Kurdistan is curious. Dabagh said he hopes the importance Saudi Arabia seems to be attaching to the Kurdish region is related to protecting the unity of Iraq. Dabagh is a senior member of the Patriotic Union of Kurdistan, a strategic ally of Iran in Iraqi Kurdistan.

On the second day of the Saudi delegation's visit, the KRG posted a statement on its website that read in part, “Prime Minister [Nechirvan] Barzani expressed the KRG’s readiness to provide assistance and facilities for Saudi companies to invest in the Kurdistan Region and to promote and develop economic and trade relations between Iraq and the Kurdistan Region with Saudi Arabia.”

The KRG, beginning to recover from three years of a bloody and costly war with IS, is in dire need of foreign investment to revive and complete a multitude of projects abandoned due to the financial crisis and battles with IS. Saudi largesse would indeed be welcomed as part of the solution from the perspective of the Barzani government, which hopes to strike a balance between Iran and its adversaries to attract maximum investments. This seems, however, to be a case of “running with the hare and hunting with the hounds.” Only time will tell whether the Kurds can strike that delicate balance.