Iraqi Kurdistan-Russia oil deal could have major implications for region

The Kurdistan Regional Government quietly signed a major deal June 2 with Russian oil giant Rosneft, allowing Russia its first entry to the Kurdish oil market, which was dominated by the United States and Turkey. 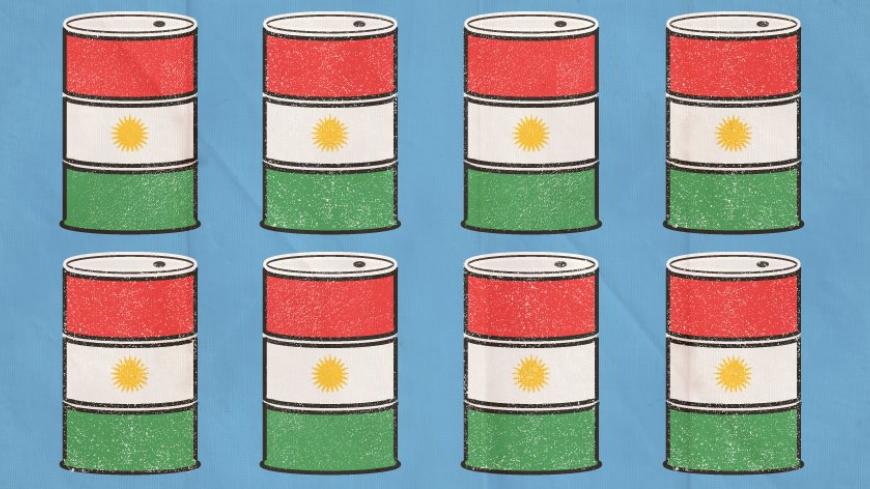 Iraq's central government for years has opposed the sale of Iraqi oil by the Kurdistan Regional Government (KRG) in northern Iraq. The KRG’s biggest oil sale was with Turkey in 2014, and at one time the dispute reached a crisis level with parties accusing each other of “misreading the [Iraqi] Constitution." However, as the oil argument was growing, the Islamic State (IS) invaded Mosul in northern Iraq. When IS began to threaten the nearby Kurdish region, oil squabbles were put on the back burner. Still, the KRG quietly continued its oil trade.

The KRG had serious problems coping simultaneously with the war with IS and its economic crisis. Now, with the IS threat diminishing, the oil trade is back on the agenda as the KRG energetically pursues more oil deals. The first major recent agreement was just made with geographically distant but politically near Russia.

The KRG’s presence at the St. Petersburg International Economic Forum, held June 1-3, was seen as routine. But news of an oil accord focused attention on the Kurds. KRG Prime Minister Nechirvan Barzani signed a 20-year-long oil deal with Russia’s Rosneft. According to the June 2 agreement, Russia will buy Kurdish oil and refine it in Germany. As a first step, Russia will invest $3 billion in KRG territory.

The deal continues and reinforces one signed in February on the purchase and sale of crude for 2017-19, according to Kurdish news website Rudaw. The deal gives Rosneft access to regional transport with a throughput capacity of 700,000 barrels per day (bpd), which will be expanded to as much as 1 million bpd by the end of this year, Rosneft said in a statement.

Now Russia — along with the United States and Turkey — is also a key player in the Kurdish oil market. But does this new client signify more than just money for the region?

According to Jabbar Kadir, who had served as an adviser to former KRG Prime Minister Barham Salih, the Russians see the Kurds as key players in the future of the region.

“Russia believes Iraq will be divided, if not into three states, [then] at least into three federal regions. That is why [Russia] has slowed down working with the central government. If Baghdad opposes the deal, the KRG and Russians will tell them, ‘You are making deals with Americans. They explore oil in the Kurdish region. We will do the same,’” Kadir told Al-Monitor.

“You cannot ignore the political ramifications of all this. Until now, Turkey used to manage the oil affairs of Kurdistan and impose its own conditions. It won’t be able to do this with Rosneft. That is why this is a landmark deal for the future of Kurdistan. But there has to be transparency. People should be told what the deal is, how much the Russians will earn and how much the Kurds [will get],” he added.

And how will the United States and Turkey react to their shares of the pie getting smaller? Kadir believes the United States won’t be all that happy with the deal. The Kurds must have consulted Ankara and Washington in advance so as not to upset the Americans too much, as they know the United States has strategic ties with Iraq.

Aydin Selcen, a former diplomat and Turkey’s first consul general to Erbil, thinks Rosneft’s purchase of KRG crude oil is a significant move. He told Al-Monitor that the key aspect of the deal will be Rosneft’s use of the KRG pipeline and eventually increasing its capacity. Selcan doesn’t think the deal will lead to major tensions among Ankara, Baghdad and Erbil, though some repercussions are likely.

“We don’t know if Ankara had advance notice of the deal, but given Nechirvan Barzani’s frequent visits to Turkey and his friendly relations with [Recep Tayyip] Erdogan, this was likely. Now a heavy player like Rosneft is going to buy Kurdish oil and refine it in its Germany facilities. There have to be political consequences. It is likely that some in Ankara are already thinking about how it will all affect Turkey,” Selcen added.

The KRG doesn’t care who its customers are; it doesn't want to be limited to a single buyer. The more diversified the customers, the better for the Kurdish economy. There is no doubt that the Russian oil deal strengthens the hands of the Kurdish administration. If the controversial Kurdish independence referendum scheduled for September ends with a “yes” vote, the oil deal could play a major role toward independence. The pact with Russia could actually encourage the Kurds to put aside their controversial goal of reaching the Mediterranean to market their natural resources, as the deal means their oil and natural gas will reach the sea regardless.