The Iraqi Kurdish leadership forges ahead with efforts to improve ties with Iran, both in hopes of reviving their economy and also to regain lost clout in Baghdad. 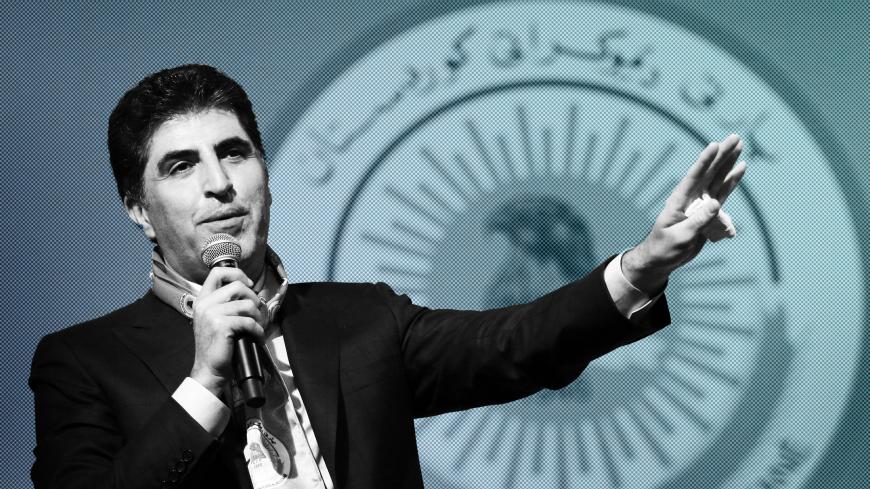 Iraqi Kurds are opening a new chapter in their relations with Iran, seven months after Tehran sided with Baghdad in crushing their ambition for independence following a 2017 referendum in which nearly 93% of Kurds opted to secede from Iraq.

The Kurdistan Regional Government (KRG) hosted an Iranian government trade delegation in Erbil during the fourth economic conference between the two parties on May 2-3 in order to discuss ways of expanding ties. “This conference was an important gathering to expand the economic relations between Iraq and Iran and in particular the Kurdistan Region of Iraq,” said Hassan Danaiefar, the former Iranian ambassador to Baghdad and the current head of the committee to expand economic relations between Iran and Iraq.

This is yet another testament to the growing Iranian influence in Iraq, as the country has held critical elections that could see Tehran-backed groups occupying the top echelons of power to the dismay of the United States and the European Union. At the conference in Erbil, Iraj Masjedi, the current Iranian ambassador to Iraq and a former senior lieutenant in the Islamic Revolutionary Guard Corps’ elite Quds Force, took time to meet with former KRG President Massoud Barzani, who was the main force behind the September 2017 independence referendum. “In the meeting, views were exchanged about the political conditions, the latest developments in Iraq and the region,” a statement on the encounter read, without providing further details.

Iran’s Minister of Industry, Mine and Trade Mohammad Shariatmadari, who attended the conference, said that an agreement was signed between Erbil and Tehran to expand their relations and to form a committee to deal with the obstacles that slow down bilateral trade.

This kind of high-level reception for officials of a country that many Iraqi Kurds blame for foiling their independence referendum and for the loss of disputed territories as well as half of the KRG’s oil revenue comes at a time when Iran appears to be facing further isolation following US President Donald Trump’s withdrawal from the nuclear deal.

“I think all the parties, including the KDP [Kurdistan Democratic Party], the Patriotic Union of Kurdistan and others, have understood that the role of the Islamic Republic is critical and they should have taken into account its demands and suggestions,” said Nazim Dabagh, a veteran KRG representative in Tehran, on May 2. “We could say that they [Iranians] had informed the Kurds that the referendum would bring disaster for the Kurds, now all the [Kurdish] parties are trying to improve their relations [with Tehran].”

Once the Iraqi Kurdish leadership came to terms with the fact that Iran is the real power broker in Iraq, a KRG delegation headed by Prime Minister Nechirvan Barzani visited Tehran in January and accepted defeat in meetings with senior Iranian officials. The KRG delegation agreed with Tehran’s demand for a halt to illegal smuggling from Iraqi Kurdistan as well as more restrictions on the Iranian Kurdish opposition groups based in the Kurdistan region — including preventing the opposition groups from conducting cross-border operations. In return, both parties agreed to expand their economic and trade ties and bring them to the level before the Islamic State seized one-third of Iraq in the summer of 2014.

Now, the Kurds and Iran are implementing an agreement that has dire consequences for those living on both sides of the border, and in particular for Iranian Kurds who are already suffering from poverty and high unemployment. On the economic front, the KRG will expand the capacity of the current border crossings and will open more crossings. This has led to protests and strikes in the Kurdish areas on the Iranian side, as the crackdown on smuggling has put thousands of cross-border porters, locally known as “kolbar,” out of work. An Iranian Kurdish member of parliament last month complained in parliament that 75,000 kolbar have lost their jobs as a result of government policy in the Iranian year, which ended March 20. The Iranian authorities now say reforms are being pursued to put these porters back to work, albeit via new arrangements. Meanwhile, in relation to the ongoing strike in the border hub of Baneh, officials say local traders’ demand of a 50% exemption from customs tariffs — more than twice the current discount of 20% — cannot be accommodated.

Added to the mix is the May 8 withdrawal of the United States from the nuclear deal, which is already impacting the lives of ordinary Iranians. “The price of a 10-kilogram [22-pound] bag of rice has jumped from 70,000 [$17.50] to 90,000 tomans [$22.50] over the last two days,” a resident of the western city of Kermanshah told Al-Monitor the day after Trump pulled out of the accord. “People are worried about the repercussions of the US decision on ordinary people.” Meanwhile, the number of kolbar killed by Iranian border guards continues to rise. On the Iraqi side, more border checkpoints are set up to stop traders from providing goods to the porters. “We are here to stop the smuggling of goods,” said a Kurdish officer in the border area near the town of Khurmal in Iraq’s Sulaimaniyah province on April 25. “This is new, and I think it is a result of pressure from the Iranian side after the referendum.”

On the security front, Iran has demanded that Iranian Kurdish opposition groups be stopped from operating in the border area — and the pressure appears to be mounting. “There is a real danger that the KDPI peshmerga are disarmed,” said a well-connected source who spoke to Al-Monitor on condition of anonymity, referring to the Kurdistan Democratic Party of Iran, the main Kurdish group that has been fighting the Islamic Republic since 1980. “There is a real debate about what to do if the KRG pressures them to disarm.” Some within the KDPI say the group should take up arms and go back to the mountains in the belief that there is no guarantee that they won’t be targeted by Iranian assassins or ground forces if they are disarmed.

The steps taken by the KRG to boost bilateral trade and keep a lid on militancy in its territory signals that the Iraqi Kurdish leadership has realized that it needs to be on good terms with the Iranians — not merely to survive in the volatile region, but also to be accepted once again in the Iraqi capital. Erbil’s conceding that the road to Baghdad goes through Tehran and not Washington in effect reiterates another lesson to Kurdish officials: Their role in fighting the Islamic State has not made them indispensable to the West.