An Iranian parliamentary report revealed that there are 17 dual nationals working in the government. 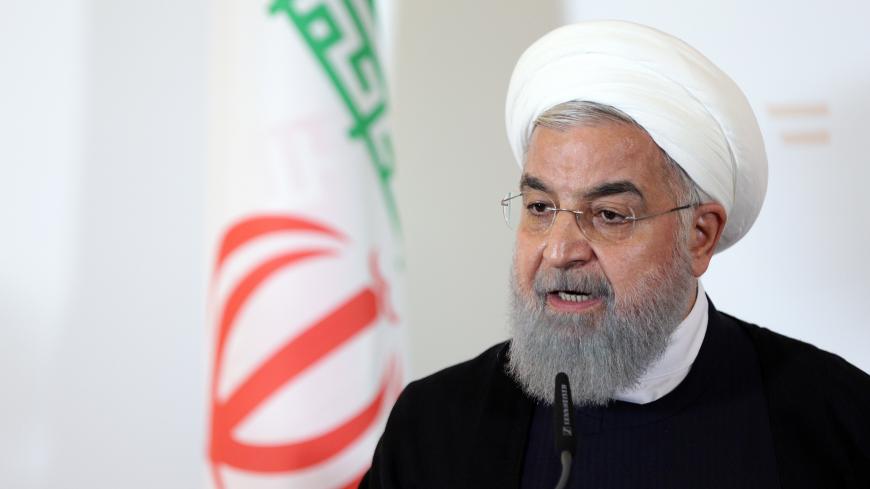 After the 2015 nuclear deal between Iran and the five permanent members of the United Nations Security Council plus Germany, a widespread fear among Iranian hard-liners was that the United States and Western European countries would begin to “infiltrate” key institutions in Iran and attempt to influence domestic cultural, political and economic policy. The word “infiltrate,” which was first introduced by Supreme Leader Ayatollah Ali Khamenei, became a catchall phrase used by hard-liners to disparage anyone who expressed openness to broader ties with the West. One group receiving particular attention during this time was dual nationals working within the managerial and executive positions within the Hassan Rouhani administration.

Given the focus over dual nationals, parliament’s foreign policy and national security commission initiated a special investigation. On Aug. 20, Ali Najafi Khoshroudi, spokesman for the commission, read the report during an open session on the parliament floor.

Khoshroudi said there are a number of dual nationals working within the government, including four people at the Ministry of Roads and Urban Development, three people at the Iranian Red Crescent Society, two people at the State Welfare Organization and four people at the Housing Foundation of the Islamic Revolution. This would put the total at 13, though some websites claimed there were a total of 17. According to the report, there are six individuals at the Ministry of Culture and Guidance whose names were given to the Foreign Ministry for review due to suspicions about them being dual nationals.

Khoshroudi said there is currently no data bank of dual nationals working in government positions in the country. Officials can enter Iran with their Iranian identification cards and keep their foreign passports hidden from authorities. Khoshroudi recommended a data bank be created by the Foreign Ministry and be put at the discretion of the intelligence services of the country for review and supervision.

Abolfazl Aboutorabi, a member of parliament who worked on the report, said that the children of a number of officials are also dual citizens and that one official even had Scottish citizenship. According to Fararu website, 1.2 million Iranians are dual nationals. The parliamentarians who worked on the report, however, stressed that Iranian dual nationals will not be targeted; rather, the focus will be to prevent the employment of dual nationals as ambassadors, ministers and governors.

That assurance may fall on deaf ears. According to Khoshroudi, “One of the most important cases of penetration in Iran that took place from dual nationals is related to Mohammad Bagher Namazi and his son Siamak Namazi.” The Namazis, Iranian-Americans, are serving 10-year sentences for “cooperating with the hostile American government.” Though they did not work with the administration, they are part of a dozen or so dual nationals currently being held in Iran with vague charges that have been condemned by international rights groups.

With tensions rising between Iran and the United States, and with Iran attempting to clean house with a domestic anti-corruption campaign, the list has the potential to become an explosive weapon against the Rouhani administration.