Did Rouhani stop screening of hard-line film about jailed Iranian-American?

In Iran, the cancellation of the screening of a self-styled documentary about a jailed dual national leads hard-liners to point the finger at the Rouhani administration. 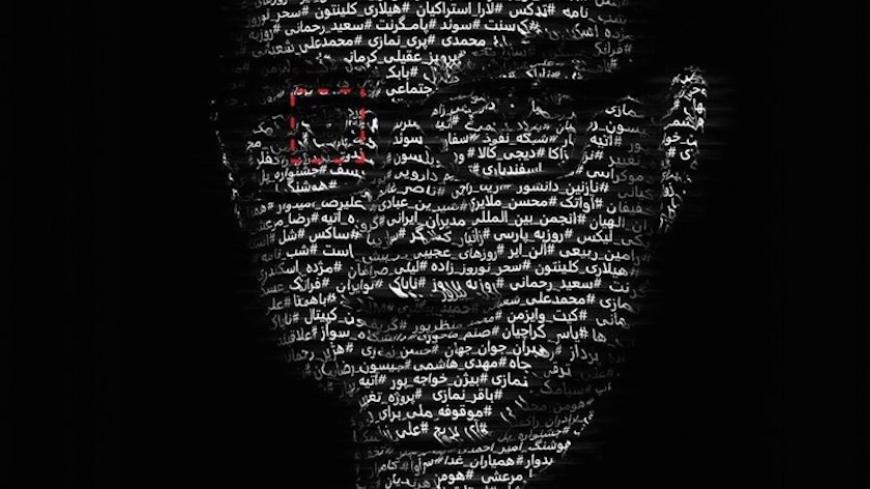 A poster for "Shabnaameh," a film about jailed Iranian-American businessman Siamak Namazi. - TWITTER/shabnaame

Ever since taking office, Iranian President Hassan Rouhani has come under increasing pressure from hard-liners who have been trying to tie his administration to the “infiltration project of the enemy.” The code word “infiltration” has especially been used in relation to the arrests of dual nationals.

In what some have deemed as pushback against this pressure, the debut screening Oct. 25 at the University of Tehran of a film about jailed Iranian-American businessman Siamak Namazi and the ecosystem of Iranian startups was canceled, causing outrage among hard-liners.

Dubai-based Namazi was arrested soon after arriving in Iran last year and was recently sentenced to 10 years in prison on the charge of “cooperation with the hostile government of America.” His father, Baquer Namazi, who was detained in February, was handed the same sentence.

According to the conservative Sobhe-No newspaper, the film — dubbed "Shabnaameh" (Secret Pamphlets) — narrates the story of “the activities of a Telegram channel ... which disclosed an espionage network’s ‘infiltration’ of entrepreneurs.”

The Telegram channel, which is also called Shabnaameh and is run by those behind the film, has over the past year accused a series of journalists, political activists and entrepreneurs both inside and outside Iran of being part of an “infiltration plot.” It has also suggested imminent developments in court cases kept under close wraps, which have later materialized. This has led to speculation that Shabnaameh is linked to the security services responsible for the detention of Namazi and other dual nationals.

Mohammad Saeed Karbasi, director of the self-styled documentary, said Oct. 25, “Before making ‘Shabnaameh,’ we were involved in startup [activities] in which a series of summits were held, and we took part in them. Some of the people who attended these summits spoke about subjects that we sensed are notable.” Karbasi dismissed speculation that the security services are behind "Shabnaameh."

Sobhe-No claimed Oct. 26 that the screening of "Shabnaameh" at the University of Tehran was stopped due to “pressures of high-level [officials] outside the university.” Pointing the finger at the Rouhani administration, Sobhe-No wrote, “After the University of Tehran’s issuing of permission for the screening, some governmental institutions that are outside the university sought the cancellation of the screening through the office of the vice presidency for science and technology.”

However, the cultural deputy of the chancelor of the University of Tehran told the official IRNA news agency Oct. 25 that "Shabnaameh" didn’t have the required permissions to be screened from the Ministry of Culture and Islamic Guidance.

Criticizing the cancellation of the screening at the University of Tehran, Mehdi Mohammadi, a hard-line pundit and member of the nuclear negotiating team of failed presidential candidate Saeed Jalili — who just so happens to appear in "Shabnaameh" — wrote on his Telegram channel, “A wide network ... in Iran exists that is directly related to the US, and its goal is to conduct security activities under the cover of civic activism, entrepreneurship, and so on and so forth.“ Hinting at the Rouhani administration, Mohammadi added, “Gentlemen, whether you want it or not, the documentary will be unveiled. The issue is who is worried [about the screening] and why?”

Using “Who has become worried about 'Shabnaameh'?" as its headline, hard-line Javan newspaper protested the cancellation of the screening of the film, which it described as having “revealed the ‘infiltration’ project of the enemy.” In this vein, Javan described the cancellation as a “cover-up policy” while insisting that “reality will be unveiled at last.” It then eerily echoed the tagline of "Shabnaameh": “Strange days are ahead.”

After being barred from the University of Tehran, "Shabnaameh" made its debut at the conservative-run venue Howze Honari in downtown Tehran a few hours later.

Meanwhile, Intelligence Minister Mahmoud Alavi, who was summoned to parliament over several matters, including Utah Sen. Jim Dabakis’ recent trip to Iran, said Oct. 25, “The Intelligence Ministry pays close attention to the ‘infiltration’ issue. ... But we should note that using the issue of the enemy ‘infiltration’ as a tool in the service of political interests is disloyalty to the warnings of [Supreme] Leader [Ayatollah Ali Khamenei], and it will be problematic while we want to deal with it.” He emphasized, “Closing the gates of the country is not necessary to counter infiltration, just as the way to [counter] the infiltration of insects in one’s home is not through depriving [oneself] from the spring weather and closing one’s windows.”

In response, hard-line parliament member Javad Karimi-Ghodousi said, “Infiltration means the evil network of Siamak Namazi, who had been promoted to advising the hegemonic [US] system. His father was a member of the [exiled Pahlavi] royal family and pursued the project of restricting the [current young] generation in Iran [from having children]. Siamak Namazi was responsible for this project.”

In another sign of pushback from the Rouhani administration, the intelligence minister apparently cleared Abdol Rasul Dori Esfahani — a member of the nuclear negotiating team of Foreign Minister Mohammad Javad Zarif — of espionage allegations. Dori Esfahani had been arrested in August and was described by some hard-liners as an “infiltrating spy.” Deputy parliament Speaker Masoud Pezeshkian said, “According to the views of the Intelligence Ministry's experts, Mr. Dori Esfahani was not engaged in spying."