Egyptians are asking whether the ministry charged with law enforcement and security can be a credible health care provider to the public. 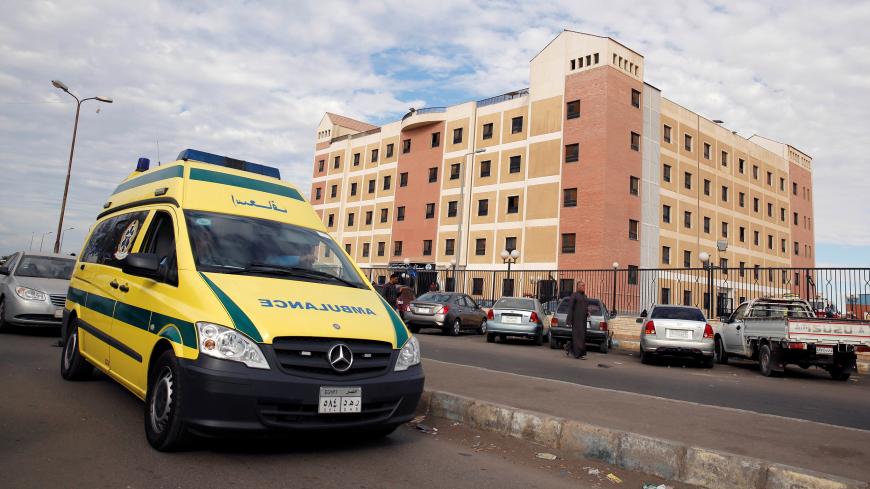 CAIRO — One of two Egyptian initiatives to provide free medical treatment for citizens is receiving mixed reviews among those who find it admirable, those who say it's just a public relations stunt and those who think the state deserves neither praise nor criticism for simply "doing its job."

Police force members and officers, along with their families, already receive free treatment at Egypt’s police and Interior Ministry hospitals. On July 2, some of those hospitals opened their doors to civilians. In an official statement July 29, the Interior Ministry indicated its hospitals in Agouza, Alexandria and the Nasr City district of Cairo had provided free medical exams for 163 people on July 27. The Interior Ministry is responsible for law enforcement and security.

In parallel, the Ministry of Health and Population (MoHP) on July 5 chose 29 government hospitals, including police hospitals in those same three cities, to be part of President Abdel Fattah al-Sisi’s "no waiting list" initiative, launched the same day. MoHP seeks to cut the time civilian patients with critical health conditions must wait for treatment. Sisi's initiative also covers surgeries for these patients.

The participation of police hospitals in treating citizens for free raises questions about the police and Interior Ministry's motives: Are they providing medical care for humanitarian purposes or are they seeking to enhance their images? Al-Monitor spoke with people from a variety of sectors who all had opinions on the matter.

Lawyer Ahmed Abdel Hamid, citing Egypt's infamous reputation regarding human rights, told Al-Monitor, “The Interior Ministry assumes an inhumane role in its divisions and prisons, causing the health situation of dozens of detainees to worsen.” He indicated that maintaining citizens’ health in prisons is a priority, and based on that, providing medical services to Egyptians is mere propaganda to embellish the image of the police, Interior Minister Maj. Gen. Mahmoud Tawfik and the ministry itself.

However, retired police Maj. Gen. Khaled Khalafalla, a current member of parliament's Defense, National Security and Mobilization Committee, told Al-Monitor most citizens support the police, and their sacrifices in the war on terrorism have made the police and the Interior Ministry’s agencies popular. He said that, in addition to preserving the country's security, the ministry should, as with any other state institution, serve a humanitarian role as well, and Tawfik has moved in that direction since acceding to his post in June.

Though some observers believe this is a temporary public relations measure, Khalafalla said he expects it to last. The ministry "doesn't need to engage in such a role to have its image enhanced as some think," he added.

Mohamad Maher, a member of parliament's Human Rights Committee, is of the same opinion. He told Al-Monitor the police hospitals’ initiative is purely humanitarian — though, as an added benefit, it also plays a security role. Many crimes are committed by people who need money for treatment, in light of poor living conditions. “Hence, providing free and excellent treatment would keep society safe from crimes emanating from [the need for cash]."

Speaking to Al-Monitor, Mohamed El-Banna, the executive director of the charity Mn Agl Masr (For the Sake of Egypt), sees the initiative as a humanitarian decision showing that Tawfik feels citizens' suffering and wants to relieve it. Like Khalafalla, Banna pointed out that such initiatives are part of Egypt's social responsibility, similar to efforts by civil societies in Europe and the United States that help counter the spread of disease.

Safwat al-Alem, a public relations professor at Cairo University, told Al-Monitor, “It is only normal that activities designed to provide the community with health and education services serve to improve the image of the entity or institution behind them. The Interior Ministry has the right to provide distinguished community services.”

A salesman whose mother was being treated for free at the Agouza hospital said, "Providing free hospitalization for citizens is a nice initiative on the part of the Interior Ministry and its hospitals. Many benefit from it.” But according to the salesman, who asked to be identified only as A.H., "The Interior Ministry shouldn't be given credit for doing its job. These hospitals’ allocations come from the state budget, which in turn is funded by citizens’ taxes. This being said, it's just part of citizens’ right to be treated there, and thanking them would further promote their image.”

As for Sisi's initiative, a source at MoHP told Al-Monitor on condition of anonymity that it's simply part of the president's long-term goal of providing better medical services in Egypt by improving standards at public hospitals. In the meantime, “police and military hospitals serve as a temporary alternative for public hospitals until the work to improve these hospitals is done.”