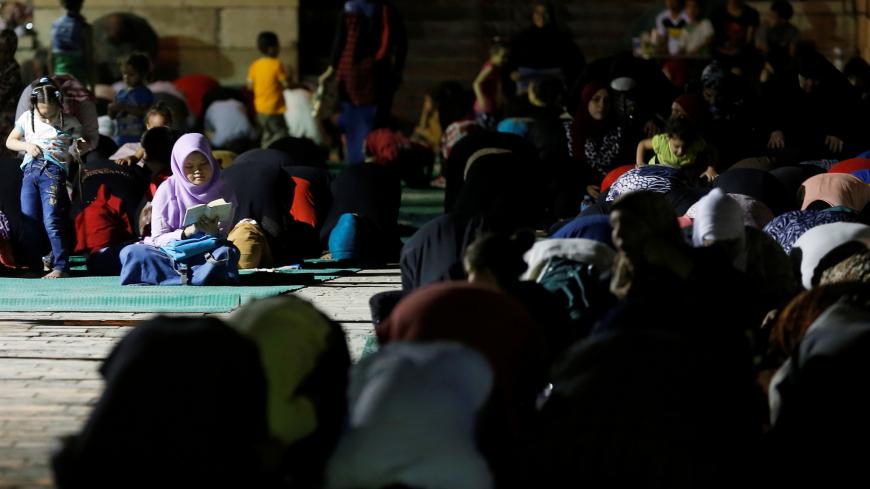 An Egyptian Muslim girl reads the Quran during an evening prayer at the Mosque of Amr Ibn al-As, the first mosque built in Egypt, during the Muslim holy month of Ramadan, Cairo, Egypt, June 21, 2017. - REUTERS/Amr Abdallah Dalsh 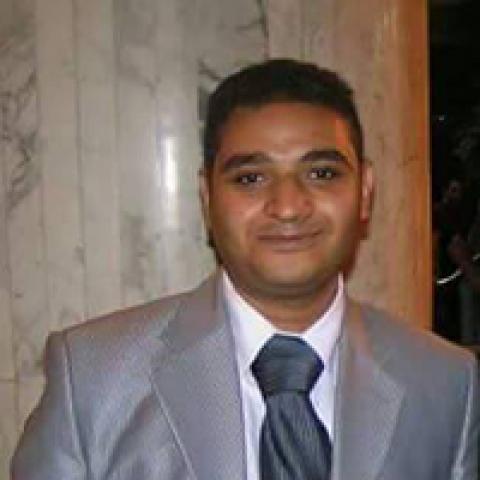 CAIRO — Egyptians in general welcome premarital education for Muslim couples, in light of the country's high divorce rate. But courses offered strictly to young women by Salafi groups are raising controversy for their claims that women are solely responsible for their marriages' success or failure.

In a statement published July 20 in Egyptian newspapers, Salafi preacher Sameh Abdel Hamid called on the Egyptian government to entrust every authorized marriage officer to propose counseling courses to couples wishing to marry. But reactions were largely unfavorable to an ad distributed in the streets of Cairo for courses targeting only young women. The Qurrat Ayun (Joy of the Eye) association, which organized those courses, ended up canceling classes scheduled for Aug. 2-5. The group cited reasons “beyond its control.”

The ad announced three pre-marriage courses to be held at Qurrat Ayun’s office in Mansoura, in Alexandria governorate, for 100 Egyptian pounds ($6) per course. The courses could be taken remotely via teleconference programs and were to focus on Salafi ideas about how to manage marital life. Salafism is a fundamentalist branch of Sunni Islam.

Salafi thought promotes a number of ideas that many citizens see as being against women’s rights. Salafism is known to promote early marriage, polygamy, the husband's right to beat his wife or prevent her from working, as well as the prohibition of birth control. Egyptian women's rights institutions have been struggling to root out these ideas and practices.

The Salafi courses are organized by seven men — and one woman whose photo didn't appear in the ad. Instead, the group used a picture of a rose. In the parliamentary electoral campaigns in 2011 and 2015, the conservative Nour Party — a Salafi group — also used pictures of roses instead of the faces of its female candidates.

Pre-marriage courses have gained attention as Egypt's divorce rate rises. Egypt's Central Agency for Public Mobilization and Statistics said in its annual report, issued in July 2018, that the country's 2017 divorce rate in urban areas was 54.6%, while it stood at 45.4% in rural areas, indicating an overall increase of 3.2% over 2016. The overall 2015 divorce rate in the United States, by comparison, was estimated at 42-50%, the lowest in 40 years.

In the Christian sphere, the Coptic Orthodox Church of Alexandria imposed a marital counseling course in July 2017 on couples wishing to get married. A couple must pass the course to obtain the church's "no-objection" certificate as a prerequisite for marriage. A marriage preparation course is widely required in the United States to marry in a Catholic church.

Meanwhile, the youth committee of Egypt’s National Council for Women launched in 2017 an awareness-raising initiative dubbed "Together to Stay,” offering counseling courses for prospective couples in a bid to curb divorce rates.

Sheikh Mohammed al-Bastawisi, the official in charge of the premarital courses organized by the Ministry of Religious Endowments, welcomes premarital courses but noted they must abide by the curriculum set by the ministry and Al-Azhar.

“They must let go of the Salafi nonsense ideas and practices, such as early marriages, that they are trying to pin on true Islamic religion and for which they invoke false evidence,” he told Al-Monitor. “The ministry is offering its courses to both sexes, not only to girls. The success of a marital relationship is the responsibility of both women and men. Limiting premarital courses to girls gives the impression that they are responsible for the high divorce rates.”

He added, "This is absolutely not true."

Bastawisi stressed the need to review the courses offered by these associations. Bastawisi added that these associations should only be allowed to offer their courses if their content is changed so as not to entrench what he said are false religious concepts.

Entisar al-Saeed, head of the Cairo Foundation for Development and Law, pointed out that allowing Salafi associations to organize premarital courses could pave the way for legitimizing fallacies in the name of religion. According to her, the Salafi curriculum is full of misconceptions and is hostile to women. “This was evident in numerous initiatives launched by this religious current,” she told Al-Monitor.

She also referred to a Facebook post by Hashem about how the wives of the Sahabi (the companions of the Prophet Muhammad) accepted being battered by their husbands and, because of their religious commitment, did not seek divorces.

Saeed said, “These ideas cannot be allowed within the premarital courses for girls. This would mislead them into thinking that their husbands have the right to batter them and that they are religiously bound to tolerate these behaviors.”

She further pointed out that holding courses just for girls who are about to get married consecrates the idea of women's inferiority and portrays women as responsible for Egypt's high divorce rate. “This is unreasonable,” she said. “Premarital courses are necessary to build happy families. But this must be based on the principle that marriage is a partnership between men and women where affection, compassion and peace of mind prevail. It is not a relationship of submission by a woman to a man, where only the latter has all the rights while the woman is left to assume all duties and be liable for the failure or success of the relationship.”

Shukri al-Jundi, undersecretary of the parliamentary Religious Committee, pointed out that such courses are deceiving. Jundi told Al-Monitor, “Premarital courses must be subject to a permit from Al-Azhar and the Ministry of Endowments and their content must be in line with the curriculum set by the ministry.”

Jundi warned that there are many different institutes to certify Salafi preachers. The courses offered by some of these institutes, he said, contained extremist ideas and numerous misleading, irregular religious opinions by nonqualified instructors that were not based on any sound religious grounds.

He said prospective couples should not fall for these courses and urged them to choose official centers for taking premarital courses. These centers are those affiliated with the Ministry of Endowments and Dar al-Ifta and offer religious content based on valid evidence from Sharia, he added.

Qurrat Ayun association officials refused to comment for this story.