Although Turkey is desperately trying to postpone an imminent Idlib operation by Syrian forces, a compromise doesn’t look likely. 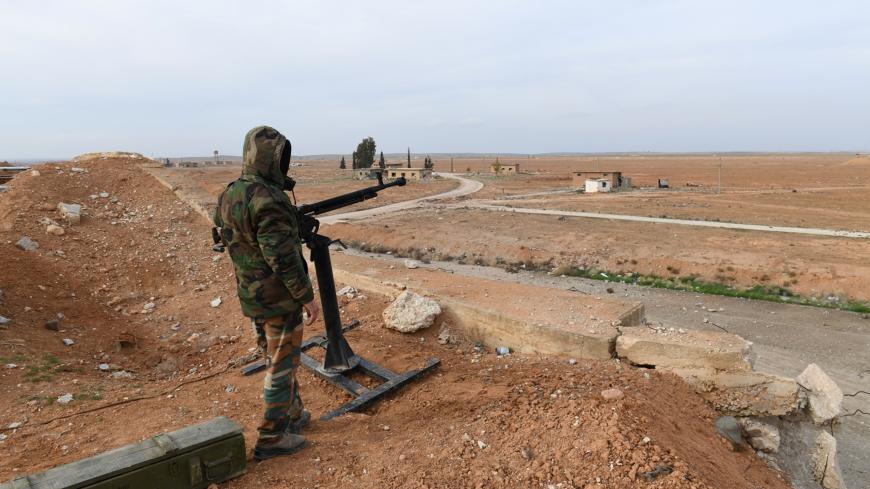 There are indications that the Syrian army will launch an operation against rebel forces in Idlib in September, after completing operations in the south of the country in Daraa and Quneitra. The possibility of such an operation against Idlib, where more than 100,000 militants have amassed following rebel evacuations from all over Syria, has made Turkey nervous. On July 14, in a phone call with his Russian counterpart Vladimir Putin, Turkish President Recep Tayyip Erdogan warned that such an operation will be the end of the Astana process that Iran and Russia initiated with Turkey.

On his way to the BRICS summit in South Africa, Erdogan repeated that he will raise the issue with Putin during their meeting there.

“Current developments in Syria regarding both Tel Rifaat and Manbij are not progressing in the desired direction as of now," Erdogan said. "The only areas where the events are going as desired are Afrin, Jarablus and al-Bab. All these [areas] are fully under our control in the terrain of 4,000 square kilometers [1,545 square miles] we control. We have also held some talks and reached some agreements regarding Manbij and Tel Rifaat. We will certainly discuss all these thoroughly during our one-on-one meeting. One of the challenging issues here is the Daraa issue, and there is also the Idlib issue. Anything can happen in those places.”

While conveying his concerns to Putin in Johannesburg, Erdogan had many cards in his hand to play: the future of the Astana process; Turkey’s efforts to incorporate the Syrian opposition into the political process; the cooperation of the Turkish government in delivering stability to liberated areas of eastern Aleppo and the eastern Ghouta region; providing assistance in evacuating armed groups; and the presence of Turkish troops at 12 observation posts established in Idlib.

Erdogan also expressed his concerns about possible civilian casualties and a new wave of immigrants, as the population of Idlib has already surpassed 2 million due to the influx of internally displaced persons.

However, developments on the ground make such scenarios avoidable. Ankara was not expecting the Daraa and Quneitra fronts to collapse so quickly after the United States and Israel changed their course. Turkey was hoping to at least add Tel Rifaat and Manbij to its holdings to boost its bargaining power before Idlib moved out of its reach.

In addition to Turkey’s reactions, other factors changed the situation in Idlib. Above all, with the continuous collapse of opposition fronts, not many forces were prepared to stall the Syrian army, which now feels encouraged to recover Jarablus, Azaz, al-Bab and Afrin — territories that are under Turkish control — as well as areas near the Euphrates front line that have been under the control of the predominately Kurdish Syrian Democratic Forces. On July 26, Syrian President Bashar al-Assad said that the military priority is Idlib.

“No matter what Russia has promised to Turkey, the Idlib operation will be carried out," Syrian media reported, citing sources close to Damascus. "Russia and Syria have agreed on opening safe corridors for the civilians in Idlib to relocate to government-controlled areas."

Reports from Hama and Latakia suggest that military preparations are already underway.

Jihadi groups had besieged the Shiite settlements of Fuah and Kefraya in the Idlib region, but those settlements were evacuated July 17 as a result of a prisoner swap between the government and opposition groups besieging the area. Thus the armed groups lost their deterrent power in the face of an Idlib operation.

One also has to bear in mind that Turkey’s moves around Manbij, such as making deals with the Americans, strengthened the impression that Turkey was playing both sides whenever possible, and that should Ankara obtain more concessions from the United States regarding the Kurds, then Turkey might revert to its original pro-West axis.

Turkey’s tendency to return to factory settings and to its efforts to strengthen ties with NATO allies, such as during the July 11 NATO summit in Brussels, was also noted by Moscow.

Moreover, the Russians are increasingly determined to take a firm position against opposition groups after attacks by homemade unmanned aerial vehicles have increased against the Russian air base at Khmeimim near Latakia.

Another important factor is that all the anti-Russia Northern Caucasus fighters have assembled in Idlib. Russia was hoping from the outset to settle its accounts with these homegrown enemies away from home territory.

Despite all these developments, it is still too early for Russia and Turkey to dismantle the Astana process. While the bilateral relations that had deteriorated due to the Syria crisis are normalizing, the economic ties between the two countries have just started to gain the upper hand. Despite their discord over Idlib, both Putin and Erdogan are aware they need each other. Everyone is now wondering how these two leaders will tackle what has become the Achilles heel of Russia-Turkey relations. Everyone is aware that Idlib cannot be left in the hands of al-Qaeda-minded organizations. It is clear there will be an operation, but how?

Tough battles are unavoidable in Idlib, and the Daraa model of opposition — handing over heavy weapons and agreeing to a regime of non-hostility — will not work. Turkey is alarmed by the possible consequences of an operation against a region that it had promised to defend. Turkey expects a new wave of immigration as well as an influx of armed groups along the Turkish border, possibly even penetrating Turkish territory.

What are Turkey’s options for the impending operation? The first question is whether those 12 Turkish army observation posts will actually be a deterrent against the operation. It won’t be possible for Turkey to indefinitely postpone an operation with its limited presence in Idlib.

The option, then, is to implement the Afrin scenario in Idlib. It should, however, be remembered that the militant groups gathering in Idlib are fervently motivated by Islamic ideology and refuse to participate in the reconciliation process advocated by the Russians. These groups also firmly reject any dialogue with the regime and consider the Astana and Geneva processes as treason. These factors will make for a tough mission full of risk factors for Turkey in Idlib.

Another scenario is for Turkey to end its partnership with Russia and to turn to the United States. Yet looking at the performance of the Donald Trump administration, this doesn’t sound promising. Washington wants Ankara on its side unconditionally in an economic and political embargo against Iran, and would therefore not be too concerned about Ankara's worries. Moreover, as long as the Pentagon’s support for Kurds continues, a consistent and comprehensive American-Turkish partnership is not likely to take hold in Syria. Ankara’s most critical hope is for the United States to sever its ties with Kurds.

Ankara has another serious worry: If the Kurds distance themselves from the Americans and develop a dialogue with Damascus, their de facto autonomy in Rojava could gain legal recognition. This is not all that far-fetched, given the reported dialogue efforts between the Kurds and Damascus. The most recent was on July 26, when the Kurds sent a delegation to Damascus headed by Ilham Ahmed, the president of Syrian Democratic Council, and Ibrahim Kaftan, the president of the Future Syria Party.

Prior to that meaningful visit to Damascus, Aldar Khalil, the chairman of the influential Movement for a Democratic Society, indicated that Kurds could join the Idlib operation. “Turkey must leave Syrian territory," he said. "If we are asked to play a role at Idlib that would contribute to the liberation of Afrin, we are ready.”

In other words, an alternative to the cooling of the Turkish-Russia partnership could mean a new equation of an Idlib shared by the Kurds.

In sum, Turkey’s claim of sponsorship of armed groups in Idlib is forcing Ankara to choose between bad and worse options. Turkey's sponsorship aspirations in Idlib are also proving difficult to achieve due to the clandestine efforts of the Islamic State to find openings for its affiliates in Idlib; the growing strength of al-Qaeda-associated groups; and escalating clashes between all these factions. The following al-Qaeda-linked groups are striving to increase their influence in Idlib and make the area ungovernable: Huras al-Din (Guardians of Religion Organization), which was set up Feb. 27 with a pact among Jaish al-Malahim, Jaish al-Badiya, Jaish al-Sahil, Saraya al-Sahil and Jund al-Aqsa. Although certain groups insist on Turkey acting as a guarantor at Idlib, Ankara may one day opt to give up Idlib. But that doesn’t sound feasible.

The current rulers of Idlib are among the most irreconcilable and fanatic factions of the war, making the likelihood of an operation a strong possibility.