Thanks to a massive grassroots lobbying effort, the Turkish parliament will consider allowing prospective conscripts to pay their way out of military service. 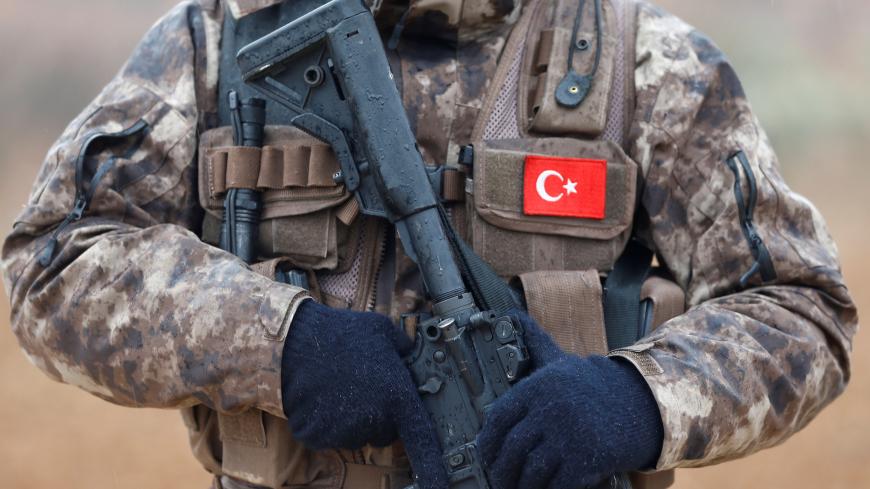 If I were asked which lobbying group in Turkey is the most organized, I would without hesitation say it's an unofficial group of citizens advocating paid exemption from military service. All Turkish men above 20 years of age are obliged to serve. Those who want to be exempted, mostly university graduates, have created websites and used social media to campaign intensively for the government to reactivate paid exemption.

The ruling Justice and Development Party (AKP) government's first such program was in 2011, when men over the age of 30 paid 30,000 Turkish lira (some $6,500) and served just 21 days in the army. In 2014, a new paid-exemption law attracted 160,000 out of 600,000 eligible candidates above 27 years old. They paid 18,000 lira (some $3,900) for exemption. Although there were several reasons for reintroducing the practice that year, the real determinant was heavy public demand by young men and their families. According to some commentators, one motivation was the money the government received, but the real reason was that crowds were piling up at recruitment offices.

Today, the Turkish Armed Forces (TSK) is 50% professional, with 200,000 conscripts. Every year about 300,000 Turkish men above 18 years of age are recruited for 12 months of service. According to official data obtained by Al-Monitor, today some 1.9 million young men have had their service deferred because of their studies. Another 3 million have applied for deferral for various other reasons. About 650,000 are considered to be avoiding service altogether in violation of the law.

In the June 24 elections, some 10 million supporters of the paid-exemption movement — made up of hundreds of thousands of young men whose time for military service has come and their families — became a major political voice.

In April, President Recep Tayyip Erdogan said, “Paid exemption is not on our agenda for the time being." He explained, "That would be disrespecting our martyrs and veterans,” noting that Turkey has two military operations underway in Iraq.

Despite his firm statement, the paid-exemption supporters stepped up their efforts before the elections. Throughout June, they organized social media campaigns three or four times a week. They flooded all TV programs featuring presidential candidates with telephone messages and emails, creating an unprecedented mass mobilization.

It appears to have worked, at least well enough to get the issue on parliament's agenda. Government spokesman Bekir Bozdag said parliament will take up the subject when it returns from recess Oct. 1.

Sources speaking to Al-Monitor in Ankara say the most favored option will be to allow men ages 27 and above to be exempted by paying 20,000 lira (some $4,300). The revenue won't be recorded as income for the general budget but transferred to the defense. According to these sources, the military command has said exemptions won't hamper the ongoing anti-terror struggle, which was a key plank in the lobbying campaign. Some observers noted that as the military has been increasing the number of professional soldiers in its ranks, it hasn't been using conscripts in any risky operational activities anyway.

But the paid-exemption lobby strongly opposes a minimum age requirement of 27, insisting that if it is lowered to 25, another 1 million young men will be eligible to benefit from it.

There has been some criticism of charging a flat fee across the board. One young man, Emrah E., who spoke to Al-Monitor on condition of anonymity, proposes varying rates taking into account family income and number of children.

Banks are quietly delighted with the proposed law, as hundreds of thousands of young men will apply for loans, and have already begun designing special credit campaigns.

Before the year 2000, the military had more clout in national decisions. The civilian government let the military command decide the issue, although conscription still needed the civilian authority’s approval. But as the TSK became more professional and hired more sergeants and specialist privates, the demand for conscripts declined. Moreover, the recently stepped-up hiring of civilian workers for jobs in military mess halls and other supply services also lowers the demand for conscripts.

As to whether to abolish compulsory military service altogether, opinions vary. Some experts say that, yes, after first shortening the compulsory service term, conscription should gradually be done away with completely. But there are some military experts who cite the historic and social roles of the army, where millions of conscripts from poorer regions have learned how to read and write and many have acquired skills like driving and construction that enabled them to find jobs after their service ended. Some also believe that continued external security threats require maintaining the compulsory service at all costs.

What is certain is that when the parliament resumes work in October, there will be a face-off between the AKP, which has responded positively to public expectations for paid exemption, and its new ally, the Nationalist Movement Party (MHP), which rejects the idea because of TSK tradition and the expected reactions of families of fallen soldiers and veterans. This debate will likely become the first test of the AKP-MHP bloc.

Correction: July 5, 2018. This article mistakenly stated that all Turkish men above 18 years of age are obliged to serve in the military. Rather, all men above 20 are required to serve.