The Turkish Armed Forces has to overcome serious structural problems, including inadequate recruitment, before switching from a conscription-based military to a fully professional force. 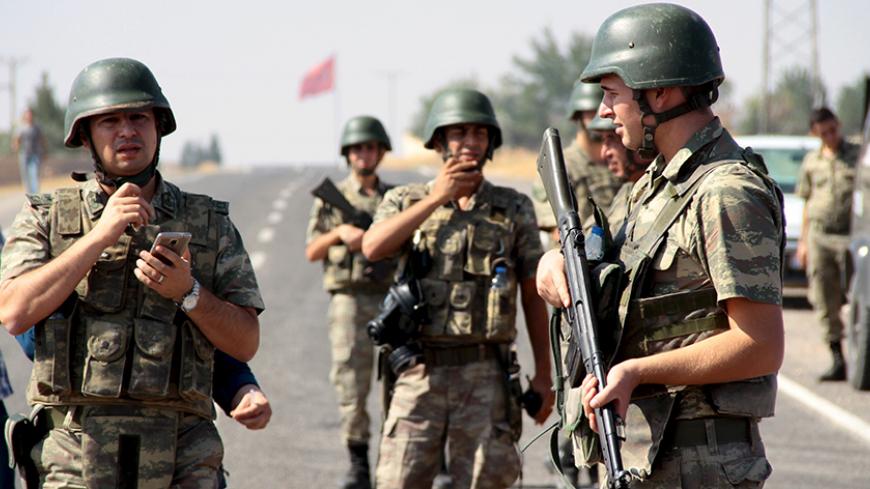 According to the official website of the Turkish Armed Forces (TSK), Turkey has the second-largest army in NATO. As of March 1, the TSK has 610,095 personnel. Of this number, 315,229 (52%) are civilians conscripted for stints of either six or 12 months. When more than half of its personnel are conscripts, it is difficult to say that the TSK is made up of volunteers and professional personnel.

The TSK maintains that its Cold War force now faces the tough mission of reducing its size while increasing its effectiveness and transitioning from a citizen army to a professional one.

The TSK, which has always been a popular institution and an attractive career option for many youngsters, is having problems filling its vacant posts, probably for the first time in its history. No more are there thousands of young people lining up to take the entrance exams, as there were 10 years ago. That is why the thrust of the TSK publicity campaign targets people aged 18-25. That is the idea behind the first public service TV advertisement the TSK has produced, which will be aired by Turkey’s abundant TV channels.

The ad, with the theme “Work with dignity, achieve your dreams,” starts with two young men chatting in a village coffee house. The location tells us that the TSK in general targets young people living in the rural sector with low incomes who are worried about their future because of their low education levels.

This 45-second TV spot, embellished with striking visuals, is truly offering an attractive employment option to the increasing number of unemployed young people, but there are still not enough applicants for contractual military service. This is a serious impediment to the TSK’s goal of a 100% professional army.

One wonders why there is a dearth of interest in this system that offers attractive benefits. The reasons can be attributed to both the TSK and the societal transformation taking place in Turkey.

One cause that can be attributed to the TSK is its feeble publicity work. The TSK, which never faced personnel shortages, hasn't learned recruiting strategies. The force has to recognize that thousands of young people no longer wait in line to join the army and must modify its institutional culture. The military is now trying to find personnel in a competitive marketplace and has to emulate the techniques used by private sector firms.

Another reason young people are staying away despite a good salary is the hard living conditions of the TSK. For example, contractual soldiers have to remain on base 24/7, just like conscripts. They can’t go home after the workday is over. A young person cannot think of marriage under such conditions. Contractual soldiers want their status to be different from conscripts. A major grievance is that they are not offered career-development opportunities to become sergeants, noncommissioned and commissioned officers. Contractual soldiers see themselves as temporary and easily expendable personnel. Not being allowed to use the TSK’s well-developed living quarters, social facilities and summer vacation camps are other objections.

One more reason is that now nearly all contracted soldiers are dispatched to southeastern Turkey to take part in continuing operations. Although a contractual soldier receives monthly combat pay of 4,500 Turkish lira, it is not enough to make young people ignore the hardships of such service and the risks they have to face.

Societal changes have made it difficult for the TSK to find personnel in the competitive market. In the old days, to serve in the TSK meant prestige, good training that could lead to a good career after service and a guaranteed salary. But increasing educational opportunities outside the military prompt young people, even those from low-income and rural sectors, to try their luck in the private sector.

The TSK is therefore compelled to come up with radical changes in its recruitment policies and practices that will be the prelude to reaching its major goals of reducing its size without conceding quality and thus become a fully professional institution. Commanders know what is needed, but the question they keep asking is, “How?”