A civilian takeover of the top management of OYAK, a company owned by Turkish military personnel, has raised questions. 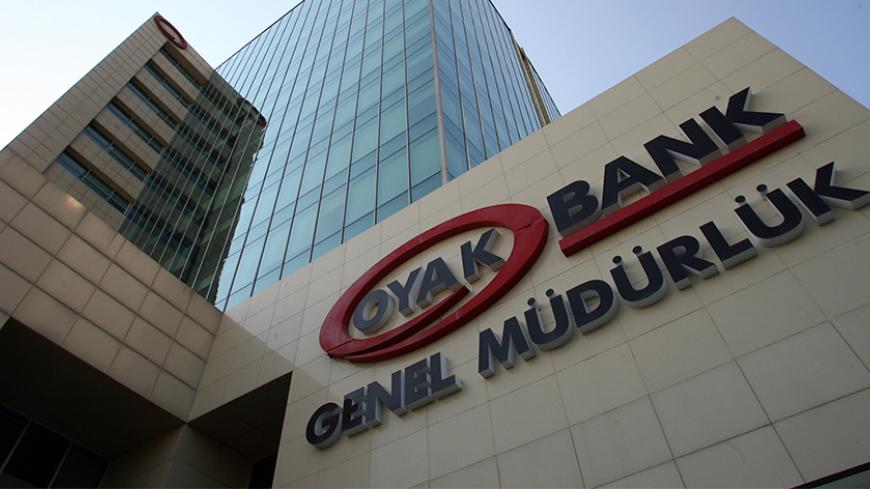 In the old days, the military staged coups in Turkey. That seems to have changed.

In recent months, we have witnessed a surprising series of civilian takeovers of institutions that were the traditional domains of the Turkish Armed Forces (TSK). These new developments include the increasing input of the civilian bureaucracy in weapons procurement, supplies and services for the TSK, and moves to break up the monopoly of defense companies managed by retired generals. The management changes in OYAK (Armed Forces Assistance Corporation) have been the latest "extraordinary civilian takeover."

OYAK is a gargantuan credit union and aid fund that all officers and noncommissioned officers (NCOs) of the TSK are required to join. About 10% of monthly salaries of all officers and NCOs are automatically deducted as their OYAK contribution. Although junior officers are generally unhappy with this compulsory reduction in their disposable incomes, they realize how beneficial it can be as their retirement age approaches. These officers and NCOs are entitled to a substantial retirement bonus from OYAK in addition to their regular retirement benefits from the state retirement fund. For example, a four-star general with 40 years of service gets about $250,000 retirement bonus from OYAK, while a colonel with 30 years gets $110,000 and an NCO about $90,000.

The true shareholders of OYAK, then, are the officers and NCOs. This naturally makes the military high command influential in shaping OYAK's management. For example, the chief of general staff appoints three members of OYAK’s seven-person executive board. Other members are assigned from the state bureaucracy with the knowledge and approval of the chief of general staff.

Under CEO Coskun Ulusoy, who unexpectedly resigned May 13, OYAK has become a giant holding and international actor through its foreign acquisitions in many fields. OYAK is a major player — a dominating force to be exact — in the iron-steel, automotive and cement sectors where it has invested billions of dollars in Turkey. Its iron-steel plants in Eregli and Iskenderun, as well as Renault car and cement operations make a significant contribution to the nation's economy. More than 30,000 people work in its 87 companies that operate in 19 countries.

All these figures show that OYAK is not merely a simple credit union but a rich, big, powerful and fertile economic conglomerate for TSK personnel. Traditionally, the Turkish military usually kept foreigners out of OYAK and only granted entry to local civilians that it trusted. But major changes in its top management in May somehow did not receive much attention from Turkish media.

Unusual developments at OYAK initially came to attention at the beginning of May. The first surprise was the resignations of retired Lt. Gen. Necati Ozbahadir and his colleagues from the largely symbolic executive board. Then came the legendary CEO Ulusoy's resignation.

Retired Maj. Gen. Mehmet Tas became chairman of the board and Suleyman Savas Erdem, who was the deputy head of the Prime Ministry Inspection Board, was appointed as CEO, the post with true powers.

The resignation of Ulusoy, who for 16 years successfully managed OYAK with a firm hand, along with four of his deputies and the CEOs of major subsidiaries, has led to questions as to whether there was a purge. According to Metin Munir of the news website T24, what happened amounts to a "civilian coup." Munir said with this civilian coup "the TSK’s rule of OYAK has ended and the AKP [Justice and Development Party] era has started." According to Munir, all upper-level managers appointed to work under Ulusoy with the blessings of the high command will be removed and new managers loyal to the AKP will replace them over time. He thinks that the AKP does not intend to expand OYAK with this shakeup but wants to first shrink it through privatization and eventually eliminate it.

Eyes are now on the new CEO Erdem. A 1996 graduate of political science and public administration from Middle East Technical University, Erdem began his government career in 1997 as assistant inspector at the Prime Ministry Inspection Board and rose to the post of chief inspector in 2007. Although Erdem has attended various training courses in the United States and has some managerial experience in the private sector, it is not clear how he is going to lead a mammoth holding with 30,000 employees and about 90 subsidiary companies with assets worth $20 billion.

An officer who spoke to Al-Monitor on condition anonymity said, “Now the savings of 300,000 officers and NCOs are entrusted to Erdem. Keep in mind, the money of us military people is a bit valuable.”

Erdem, the young skipper of the OYAK GROUP, will now decide how to make use of all this money of TSK personnel.

Does Erdem, known to be close to President Recep Tayyip Erdogan, have a "secret agenda" to first downsize OYAK, then privatize and eradicate it? If there is such an agenda, how will the TSK react to it? Was Erdem appointed as the new CEO with the knowledge and approval of the TSK high command? Also, could Ulusoy be reassigned to an influential post in the state security and intelligence apparatus after his resignation from OYAK?

This surprising civilian takeover in TSK’s backyard is directly related to the changing nature of civilian-military links in Turkey. A prime minister and government that used to be the prime civilian interlocutor of the army is no more. Military-government relations have now turned into relations between the military and the presidential palace, making Erdogan the sole civilian counterpart of the military. How will this affect civilian-military relations in Turkey?

It may be too early to find all the answers, but we know from experience that not all civilian takeovers automatically mean democratization.

Now eyes are on Erdem and his performance. My suggestion is to watch OYAK and its new CEO's performance closely because it will tell us much about the nature of the civilian takeover of civilian-military relations in Turkey.

As a former soldier who had bought a house with his OYAK savings, allow me to remind you: “The money of Turkish soldiers is truly valuable.” This is why 300,000 soldiers will always be closely watching Erdem.