A visit by Jordan's foreign minister to Moscow comes as one link in a chain of Russia's recent consultations with key regional players on the state of affairs in Syria. 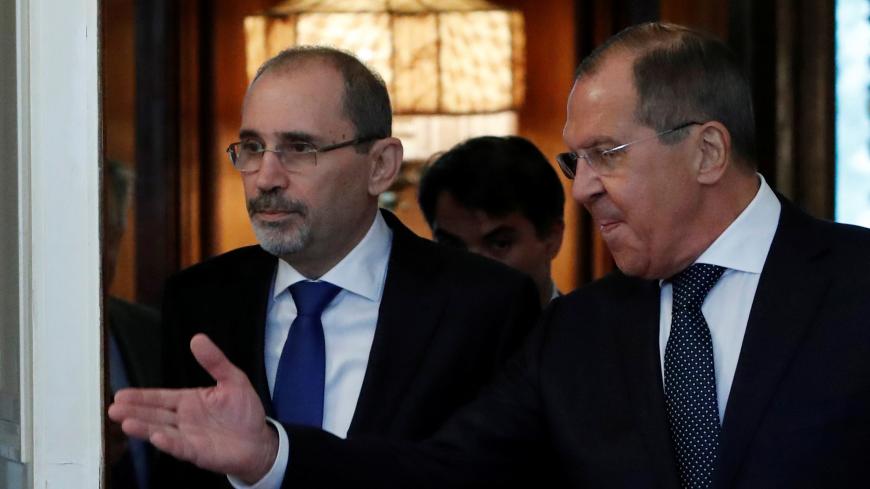 The July 4 visit of Jordanian Foreign Minister Ayman Safadi to Moscow shed little light on a potential deal regarding southern Syria — a topic many expect to be on the agenda for the coming meeting in Helsinki between the US and Russian presidents.

The meeting left Russian journalists disappointed. But the real issue is whether the visit met the expectations of the Jordanians, who came to Moscow with a set of concrete suggestions.

The negotiations between Safadi and Russian Foreign Minister Sergey Lavrov lasted two hours — not nearly enough time to talk through details of all the issues raised. The ministers focused on the situation in southern Syria and the Israeli-Palestinian conflict, which Safadi called “one of the central issues for Jordan," as well as bilateral Russian-Jordanian relations. Moscow and Amman see eye-to-eye on the two latter topics. On Syria, however, their priorities differ, even though Russia and Jordan — along with the United States — are guarantors for the southwestern de-escalation zone.

One purpose of the zone was to provide some respite from the yearslong Syrian civil war and continuing battles against the Islamic State (IS) and Jabhat Fatah al-Sham. Yet fighting continues. According to the guarantors' agreements, the zone is supposed to be under the control of Syrian President Bashar al-Assad. Yet during a joint press conference with Safadi after their meeting, Lavrov said almost 40% of the area is still controlled by militants.

Safadi made it clear his main goal in visiting Moscow was to ensure coordination with Russia on providing humanitarian relief to Syrians who fled the fighting for the border with Jordan. Dozens of trucks with humanitarian aid are at the Jordanian-Syrian border awaiting permits to enter Syria from the government.

Lavrov said Russia and Jordan “share the belief that these people are in need of humanitarian aid," and they "reviewed a number of specific measures designed to facilitate and expand the delivery of this aid."

For Jordan, which is barely coping with the massive number of Syrian refugees, creating conditions for their quick return home is critical.

For Russia, however, it will only be possible to halt hostilities when the Syrian army regains full control over southern Syria. According to Lavrov, the United States hasn't delivered on its commitment to convince opposition militants to disassociate themselves from terrorists. Russia, with Jordan’s mediation, has now assumed that role, urging opposition fighters to lay down their arms. Lavrov didn’t spare praise for his Jordanian colleague in aiding these efforts.

Safadi's visit to Russia came after the Jordanian-American summit in Washington and precedes the US-Russian summit in Helsinki. This makes it logical to assume that Safadi brought to Moscow any ideas on Syria for the talks between US President Donald Trump and Russian President Vladimir Putin, set for July 16.

On July 1, US national security adviser John Bolton, who had visited Moscow on June 27, told CBS that at the Helsinki summit, Trump will propose enlisting Russia as a partner to get Iranian forces to leave Syria.

Meanwhile, CNN’s sources claimed Trump would agree to return southern Syria to Assad’s control on the condition that the Syrian army allow US-backed rebels to leave the area and that the Russians “establish an exclusion zone to prevent fighting in southwest Syria and block Iranian-backed forces from the region," including, obviously, Hezbollah. In exchange for Iranians leaving Syria, the United States might even consider negotiating Assad’s continued stay in power for the transition period.

Moscow has never confirmed a new “deal” on Syria. During the Lavrov-Safadi press conference, this issue also wasn't raised until a journalist asked about the probability of a deal on southern Syria taking place before the Helsinki. When Lavrov was asked to comment on Bolton's statement to CBS, Lavrov made it clear that Moscow still values past agreements on the de-escalation zone and counts on the United States to stick to its own responsibilities in the agreed framework.

“As for southern Syria, all matters related to Syria are bound to be discussed in Helsinki," Lavrov said at the news conference. "The agreement on this area has already been reached and was fixed in the documents and decisions adopted by [Vladimir Putin and Donald Trump] in Hamburg in July 2017 and in Danang in November 2017. Jordan supported these decisions,” Lavrov said.

He reminded reporters that these decisions provide for a certain sequence of actions, “as a result of which no non-Syrian forces will be left in this region.” According to Lavrov, it’s Moscow’s position that the Syrian army will control the border with Israel and there will be “a zero-tolerance policy” with regard to Jabhat Fatah al-Sham and IS units in this area.

“The part of the agreements that depended on Russia to a certain extent have been largely fulfilled. Now we are trying to persuade our partners to do what they pledged to do under the two agreements reached last year,” the top Russian diplomat said.

Lavrov bashed as “absolutely unrealistic” the idea that “Iran must leave and everything will click into place,” thus restating Russia’s commitment to its partnership with Iran. The position signals that Moscow doesn’t see all problems in Syria as having to do with Iran, but also with America's role in the region.

“It is impossible to seek a solution to the region’s problems without the participation of its key countries, including Iran, Saudi Arabia, Jordan and Egypt, to name a few,” Lavrov stressed.

Moscow has accumulated a long list of claims and complaints regarding the United States: a failure to separate the rebels from the terrorists, politicization of humanitarian aid to Syria, sanctions on Moscow that Washington won’t repeal and many other issues where mutual mistrust between Russia and the United States seriously hampers implementation of joint projects in Syria, such as operations to remove mines from Raqqa.

Lavrov didn’t shy away from bringing up all these issues during the press conference with his Jordanian colleague. For everyone present in the room, it was a clear sign that there can be no Syria settlement in general or in the south in particular until Moscow and Washington come to an agreement. Whether some progress on that track can be achieved will soon be seen in Helsinki.