Why Putin won’t throw Iran under the bus in Syria

Despite speculation that Russian President Vladimir Putin may sacrifice Iran's interests in his upcoming summit with US President Donald Trump, Russian policy appears geared toward gaining concessions from the Americans without going beyond Iran’s red lines in Syria. 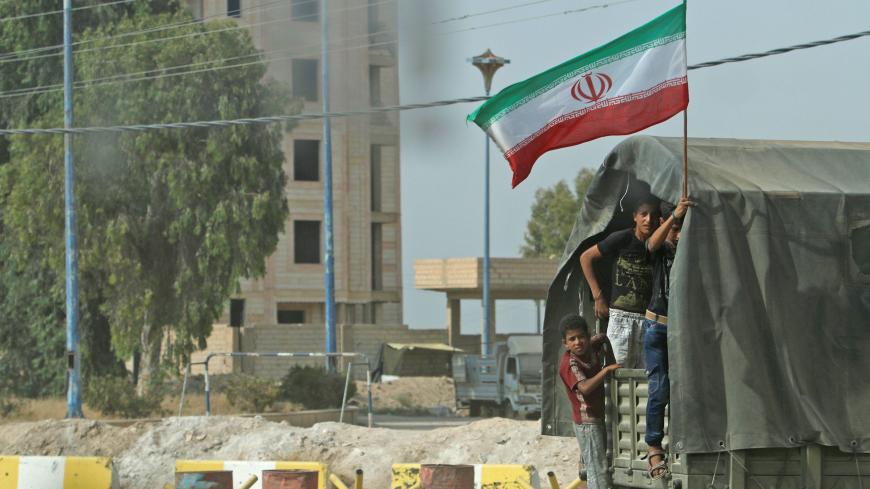 The Finnish capital of Helsinki will host a summit July 16 between US President Donald Trump and his Russian counterpart Vladimir Putin. Amid preparations for the meeting, speculation has been raised about the topics that may be discussed by the two presidents. Although the formal agenda has yet to be announced, one thing is certain: The Syrian crisis and prospects for engagement between Moscow and Washington on the war-torn country will likely form a great part of what Putin and Trump will discuss — and possibly agree upon.

US national security adviser John Bolton acknowledged on July 1 that an important part of the agenda of the upcoming Trump-Putin summit will be for the United States to ask for Russia’s help to oust Iran from Syria. According to Bolton, Washington has accepted that Syrian President Bashar al-Assad will retain power in Syria and now wants to concentrate on convincing Moscow to cut its partnership in Syria with Tehran. In return for Putin’s agreement to help the Americans expel the Iranians from Syria, Trump is reportedly ready to withdraw US forces from the country as well as help the Syrian military regain full control over the southern region along the border with Jordan.

Reacting to these reports, the Iranian press has been quick to speculate that Russia is about to “betray” Iran once again and to use Tehran as a bargaining chip to reach a deal with the United States. Moscow’s reaction to speculation along those lines, however, has been quite unexpected. For instance, Russia has backtracked from its previous position that all foreign forces, including Iranians, must leave Syria. Instead, Russian officials have started to vehemently emphasize the lawful nature of Iran’s presence in Syria. On June 28, Russia’s ambassador to the United Nations, Vassily Nebenzia, called Iran’s presence in Syria “legitimate and undeniable,” stressing, “Nobody can deny the issue, whether they like it or not.” Four days later, Russian Deputy Foreign Minister Mikhail Bogdanov said that Iran’s presence in Syria is of an advisory nature and fundamentally aimed at fighting terrorism. On July 4, Russian Foreign Minister Sergey Lavrov called the US and Israeli demands for Iran’s full withdrawal from Syria “absolutely unrealistic.”

Meanwhile, former Iranian Ambassador to Lebanon Mohammad Fathali said in a June 30 interview before returning to Tehran at the end of his mission that Iran and Russia are allied in fighting terrorism not only in Syria but throughout the whole region. He also suggested that as a result of the Syrian military’s ongoing operation in southern Syria, US forces might soon leave the area.

These statements cast serious doubt on the prospect of Iran and Russia ending their partnership in Syria as a result of a potential deal between Moscow and Washington. To better understand the situation, it’s necessary to take into account several important factors.

First and foremost, it’s important to bear in mind the core objectives that led Iran to get involved in the Syrian crisis in the first place. As a longtime ally of the Syrian government, Iran’s primary goal since day one has been to preserve the rule of Assad and to help him regain full control over all of Syria. Against this backdrop, Tehran has long seen the strong foreign — and especially American — support for the armed rebel groups as a serious obstacle to the realization of this critical aim. Therefore, if any possible deal between Trump and Putin entails a US agreement to withdraw from Syria and accept Assad staying in power, the Islamic Republic would definitely consider it a gift.

Iran has already proven that it pursues a wholly pragmatic logic when it comes to the primary goal of keeping the Syrian government in power. For instance, during the joint Russian-Syrian operation in eastern Ghouta earlier this year, Iran kept a low profile, refraining from playing a direct military role so as not to provoke the sensitivities of the United States and its European allies, which could have increased the external pressures on Damascus. Iran’s absence from the ongoing military campaign in southern Syria is an example of a similar dynamic. Considering that its direct involvement would provide Israel with an excuse to target Syrian positions, Iran appears to have complied with Russian demands that it not be present in the area.

Aware of Iran’s pragmatist approach, Russia appears to be emphasizing the legitimacy of the Iranian presence in Syria in order to present a fait accompli to the United States at a high price. In other words, the most probable outcome of the upcoming Putin-Trump meeting will be a Russian promise to “limit” the level of Iranian activities in Syria — something that has been already achieved — and to condition Iran’s complete withdrawal on the finding of a real political solution to end the Syrian conflict. In the eyes of Moscow, such a solution is heavily dependent on Washington’s agreement to withdraw its forces from Syria and to help Moscow act as a connecting link between the parallel peace processes in Geneva, Astana and, of course, Sochi. As Iran has previously declared that it’s ready to leave Syria as soon as all “terrorists” are defeated, Tehran would doubtless feel comfortable with the realization of this Russian “promise.”

On the other hand, some reports have recently claimed that pro-Iran forces are in fact present in the ongoing military operation in southern Syria, donning Syrian military uniforms to avoid detection. If one places these reports beside the remarks of Iran’s former ambassador to Lebanon, it could be said that Tehran and Moscow have in effect found a way to manage Iran’s presence in Syria. Based on this format, Iran’s official presence there could potentially be restricted to what has been agreed in the Astana process, namely as part of the “de-escalation agreement.” Under such conditions, Iranian influence on the ground would continue through pro-Iran groups.

Finally, the Russians appear well aware that at a time when Turkey — as another pillar of the Astana process — has entered a new rapprochement with the United States on Syria, specifically on the situation in northern Syria, Iran’s full withdrawal would change the balance of power to Moscow’s detriment.

As such, it’s rather unrealistic to assume that Putin will provide Trump with anything beyond general promises on the role of Iran in Syria and that Iran’s interests will be sacrificed in Helsinki.