A first-of-its-kind debate in the Knesset finally addressed long years of neglect of the Arab population's health by the Israeli authorities, but there's no reason to believe much will change. 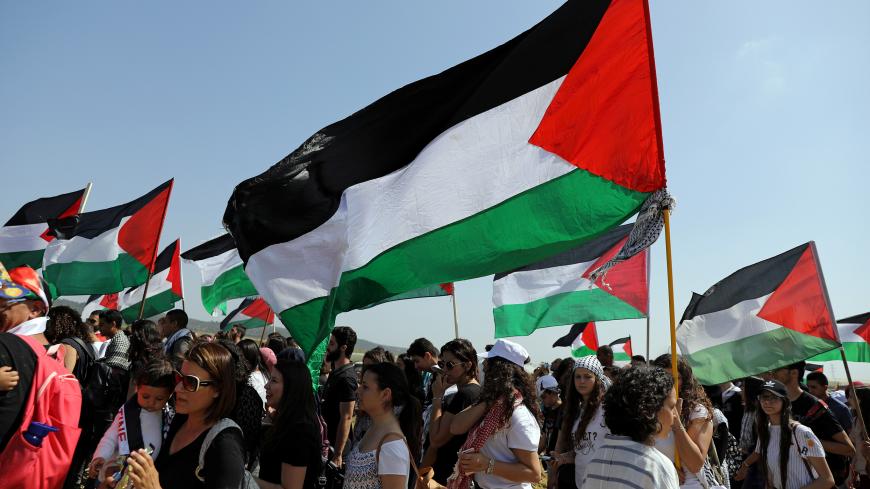 Israeli Arabs take part in a rally calling for the right of return for refugees who fled their homes during the 1948 Arab-Israeli War, Atlit, Israel, April 19, 2018. - REUTERS/Ammar Awad

Just before the Knesset began its summer recess on July 22, it held one of its most important discussions at the last parliamentary session on Jewish-Arab relations in Israel. The relatively poorer health of Israel's Arab population is another mark of the failure by all Israeli governments to eradicate discrimination against Arabs and promote equality.

The data presented at the discussion showed a worrisome rise in the number of diabetics in the Arab sector and a higher death rate of Arab women during childbirth when compared to the Jewish population, as well as shorter life expectancy. The medical testimony was further documentation of Israel's continued neglect of its Arab minority, which constitutes a fifth of the country’s population.

The initiator of the discussion was Ahmad Tibi, a veteran Arab Knesset member, a physician by profession and the chairman of the Arab Sector Employment and Social Equality Joint Committee. Tibi succeeded in bringing to the political and media agenda an item that has been ignored for many years.

Tibi truthfully announced that this was the first discussion of its type in the Knesset, even though studies and data are made public every year about the high rates of morbidity and fatality among Arab Israelis when compared to Jews. Yet until now, no systemwide governmental action has been taken to curb the phenomenon.

These worrisome facts were presented at the discussion by Dr. Bishara Bisharat, the chairman of the Society for Health Promotion in the Arab Community. He told the Knesset members that the health disparities exist in almost all spheres: Jews in Israel live an average of 82 years versus Arabs who live 79 years. The gap is even greater when it comes to women: Jewish women live an average of 84.5 years, while Arab women live 80.9. An average of 6.1 newborn Arab infants die for every thousand births, while only 2.2 of Jewish babies die. The highest death rate is that of the Bedouins: 11.1 for every thousand births.

A grim picture also emerges with regard to chronic diseases that result from an unhealthy lifestyle. An average of 32% of Arabs who have diabetes die from the disease, while the condition kills only 14% of diabetic Jews. There is a similar gap with regard to death caused by high blood pressure and heart problems. One shocking example is the high percentage of morbidity in the Jaser al Zarka village near Haifa, where 20% of inhabitants suffer from diabetes.

Talking to Al-Monitor this week, Tibi said that the importance of the discussion was that it clearly presented the severity of the morbidity gap between Jews and Arabs. He said, “It requires the government to take immediate action regarding an emergency program to treat the Arab population, to initiate a healthy lifestyle campaign, because some of the diseases can be prevented through educating the public.”

This gap was not caused by one particular government. Neglect of the Arab sector is part of the Israeli experience and has continued over recent decades almost without a break. One notable exception was Prime Minister Yitzhak Rabin’s second term of office (1992-1995). In this period, allocations to the Arab sector rose significantly. Rabin believed that the economic and social promotion of Arab Israelis would contribute to the state’s economic robustness. He also felt that it would alleviate security issues (by reducing frustration and protests over discrimination and the Israeli-Palestinian conflict).

Even though he didn’t have time to make many significant changes, proof that Rabin was correct came in October 2000, five years after Rabin was assassinated. At the time, Ehud Barak’s government was coping with violent riots in the Arab sector. The trigger for the October riots was, of course, nationalist identification by Arab Israelis with the Palestinians at the beginning of the second intifada. However, the Orr Commission of Inquiry that examined the bloody events in which 13 Arab citizens were killed devoted entire chapters of their report to the deep-seated reasons that led to the disturbances: the gaps between Jews and Arabs, inequality and neglect that were fertile grounds on which frustration and polarization grew. Even the Shin Bet, the body that tries to decipher deep social issues for reasons of security, believes that more equality will lead to less violence.

Former chief of the Shin Bet, Yuval Diskin, said in 2012 that the integration of Arab Israelis is more important than the Iranian threat.

The conclusions of the Orr Commission were not fully implemented, certainly not with regard to the allocation of funding to reduce social gaps between Arabs and Jews. The short-sightedness of the prime minister prevented the committee members from understanding that investing significantly in the Arab sector will not only serve simple social justice, but also offer part of the solution to Israel’s domestic security tensions. Almost every committee or study, from education to health, from policing to crime, that examined the gaps between Arabs and Jews and their long-term consequences came to the same conclusion. Yet Israeli governments still ignore the elephant in the room.

In this context, real changes are unlikely, especially once the topic disappears from the public agenda. Tibi’s friends in the Joint List could have worked together to publicize the subject on the social networks and in interviews, but they did not even make an appearance in the Knesset. It may be because of power struggles within the party, but it is hard to ignore the obvious: The Arab Knesset members show up when it comes to the conflict with the Palestinians, but fail to do so on social issues that affect Arab Israelis.

by Murielle KASPRZAK and Joseph SCHMID | AFP | May 26, 2022
END_OF_DOCUMENT_TOKEN_TO_BE_REPLACED