The head of a Jewish local council of Kfar Vradim in the Galilee halted the marketing of housing lots after half the bid winners were Arabs. 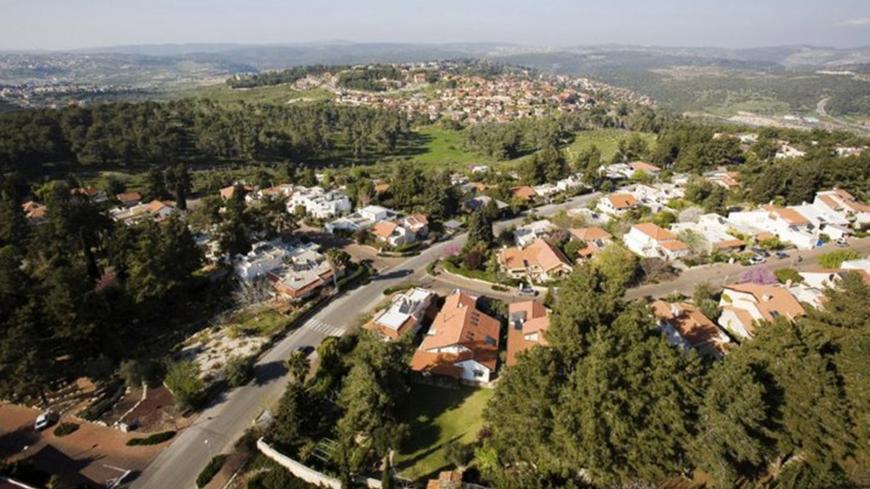 Hamas has scheduled an anti-Israel protest by Gaza residents, touted as “the Journey of Great Return,” for March 30. The date picked for this mass march, on the same day Israel’s Arab citizens hold their annual Land Day demonstrations, is hardly coincidental. This is the best date on which to mobilize Palestinian brothers in the Israeli Arab towns of Sakhnin and Tarshiha against the “Zionist enemy” that expropriated their lands in 1976. While Israel has spared no effort over the years to deepen the divide between the Palestinian communities in its midst and their sister towns and villages in the West Bank and Gaza Strip, occupation and deprivation have joined against Israel to counter this endeavor. The demographic time bomb — the term used to describe the threat of population parity between Jews and Arabs — coupled with the evils of racism show that a Jewish-Zionist identity is not compatible with democracy and equality. The latest proof can be found in the Galilee community of Kfar Vradim, Hebrew for “Village of Roses.”

The trouble began when head of the local council, Sivan Yechieli, realized that 58 families, about half the number that had won bids to buy housing lots in the community, were Arab residents of the nearby Jewish-Arab town of Maalot-Tarshiha. Despite the fact that a large part of the land on which Kfar Vradim was built in the 1980s was expropriated from the Arabs of Tarshiha, leaving them virtually without land reserves, Yechieli announced March 16 that he had decided to halt the planned marketing of additional lots. The reason he cited: the community’s “Jewish, Zionist and secular nature.” In a letter to residents, Yechieli said, “It is important to discuss majority rights, among them the right to sustain a community that preserves agreed-upon core values.” He added that unless Kfar Vradim, with the help of the government, can “provide a balanced demographic response that promises sustainability for the nature of the community, we will halt the marketing.” Almost in the same breath, he said, “In principle, every citizen of the State of Israel is welcome to live in our town.”

Just imagine the commotion in Jerusalem were the mayor of New York to prevent Jews from buying apartments in one of New York's upscale neighborhoods, citing a threat to the character of the community and its “demographic balance.” However, a loophole in the Israeli law banning communities from discriminating against housing seekers based on sex, religion, nationality, race, etc., provides for “a balanced demographic response” through the back door. In September 2014, the Israeli Supreme Court upheld an amendment to the law, allowing admission committees in certain communities to reject potential residents based on “incompatibility with the community’s social-cultural fabric” and “specific characteristics of the community as anchored in its articles of incorporation.”

In a January 2017 Knesset debate on the issue, Adi Nir Binyamini of Tel Aviv University’s law clinics testified, “Certain communities do not accept people from certain groups.” As a result, she added, members of groups subjected to historic discrimination do not even try for acceptance into such communities. She described the heavy sense of exclusion felt by people facing a screening committee with its intrusive questions about their families.

Arabs wishing to move into certain types of communities in the Galilee and Negev regions are invited to convince screening committees that they can fit in with the local social-cultural fabric, but the law does not define Kfar Vradim as that type of community. Thus, for example, if an Israeli-Arab brain surgeon from Tarshiha wins a bid for a lot in Kfar Vradim, he will not even get an opportunity to convince the leaders of the Jewish community that he would not sully the local rosy character. On the other hand, as far as these leaders are concerned, a violent drug pusher born to a Jewish mother could fare just fine.

Yechieli claimed his views represent those of most local residents. To which views was he referring? The one that preserving the community’s Jewish character justifies discrimination based on religion and ethnicity, or the one that approves of all Israeli citizens living wherever they want? Either way, a person who screens his neighbors according to their origin, like some sort of bouncer in a disreputable nightclub, is at the helm of a local authority in Israel. Not only that, but Kfar Vradim is hardly a West Bank bastion of the ultra-right. If election results are anything to go by, most of its residents espouse liberal values such as equality and coexistence. Almost half (48%) voted in 2015 for the center-left Zionist Camp, 13% for the centrist Yesh Atid party and 12% for the left-wing Meretz party.

A political furor broke out this week when Israeli officials cited Palestinian data indicating that the number of Arabs in the West Bank, Gaza and Israel proper had reached parity with the number of Jews — 6.5 million. This furor, in turn, brought back to the headlines the so-called demographic devil.

This “demographic devil” and its evil twin, the “racism devil,” have never differentiated between left and right. The project to bolster the Jewish majority in the Galilee region was adopted in the mid-1970s by the first government of Yitzhak Rabin and Shimon Peres, then leaders of the center-left Labor party, which expropriated 20,000 dunams (nearly 5,000 acres) of Arab lands to expand Jewish towns and villages. While Arabs privately owned 6,300 dunams of these lands, 80% were allocated to Jewish communities. “Land Day” was declared to protest that decision and commemorate the six Arabs shot dead by Israeli police and soldiers during riots that ensued in several Arab villages in the Galilee.

The Or Commission was established to examine rioting by Arab Israelis in October 2000, in which 13 demonstrators (12 Israeli-Arabs and one Palestinian resident of the West Bank) were killed by police fire. The committee studied meticulously the reasons behind the outburst in the Arab villages. And while examining these reasons, the committee also referred to the 1976 Land Day events and ensuing frustrations within the Israeli-Arab population. The committee argued that for many Arabs, the March 30, 1976, protest constituted “a formative experience.”

The report the committee submitted to the government in 2003 said the decision to “Jewify the Galilee” nurtured a sense among the Arab minority that Israeli democracy was in essence an “ethnocracy” — measurably less democratic toward the Arabs and measurably more democratic toward the Jews. Committee members noted that reasonable harmony in relations between a majority and minority is hard to achieve but is a task incumbent on all segments of society. The committee members warned that shirking this responsibility, or carrying it out in unsatisfactory fashion, gives rise to feelings and a reality of deprivation that could intensify over time. Almost 15 years have gone by since the report was issued. This week's twin protests of Land Day and the mass march of the Journey of Great Return on March 30 will merge the sense of deprivation felt by Israel’s Arab citizens and Gaza’s stateless Palestinians.

On March 21, the Ministry of Justice issued the first report of the Government Unit for Coordinating the Struggle Against Racism, established following manifestations of racism against Israel’s Ethiopian immigrants. Summing up his introduction to the report, former Supreme Court Justice Elyakim Rubinstein, who heads the public council advising the unit, wrote the following: “Racism is a tapeworm that can beget others. … It is like any other phobia directed at 'the other.'”

Yesterday “the other” was a Palestinian from Gaza, today it’s an Israeli Arab from Tarshiha, tomorrow a Jewish immigrant from Ethiopia. Who's next?