The Swiss Embassy picked the Jewish Arab village of Neve Shalom as the venue for its Independence Day events in protest of Israel's recently adopted nationality law. 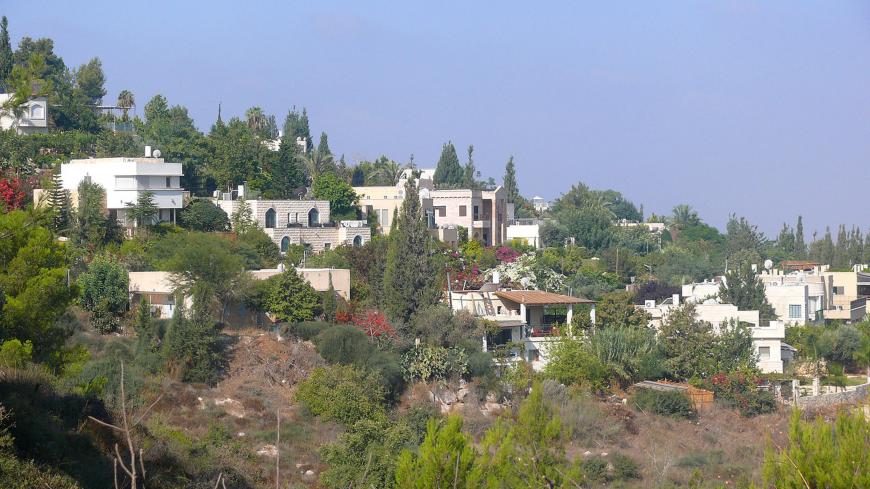 Some ambassadors to Israel celebrate their country's national day at the poolside of their official residences in Herzliya, just north of Tel Aviv. Others mark the day with receptions at fancy Tel Aviv hotels. Swiss Ambassador Jean-Daniel Ruch chose to celebrate his country’s independence in a unique spot. He will welcome his guests, among them government, Foreign Ministry and Knesset representatives, to the Jewish Arab village of Neve Shalom-Wahat al-Salam, which lies midway between Jerusalem and Tel Aviv. The principles on which this community, the first and only one of its kind, was founded run counter to the spirit of the nationality law — Israel’s new law that excludes the country’s 20% Arab minority, strips their mother tongue of its official status and negates their national narrative.

The official invitation to the event says that Neve Shalom — Hebrew for “Oasis of Peace” — is a village of Jewish and Palestinian Israeli citizens working together for justice, peace and equality in the country and the region. Its vision, the invitation quotes from Neve Shalom’s founding principles, is to offer "a model of equality, mutual respect and partnership, challenging the existing patterns of racism and discrimination as well as the continued conflict.” Contrary to the nationality law, which reads that Israel “views the development of Jewish settlement as a national value and will act to encourage and promote its establishment,” the 70 Jewish and Arab families living in the village reject the idea of Jewish-only communities. The Arabic language has equal footing with Hebrew. The village children attend a bilingual school and unlike other Israeli schoolchildren, are allowed to mark the Palestinian Nakba and to protest the Israeli occupation.

The village was established in the early 1970s by Bruno Hussar, who was born in Cairo in 1911 to a secular Jewish family that moved to France, where he converted to Christianity and became a monk. Readings of the Bible drew him back to Judaism and he migrated to Israel. His tombstone is adorned with both a Star of David and a cross. The name of the village, established on the grounds of the Latrun Trappist Abbey, was taken from the Book of Isaiah (32:18): "My people shall dwell in an oasis of peace." Shortly after its establishment, the Arabic version, “Wahat al-Salam,” was added to the name.

Many of the residents teach in its School for Peace, a unique institution that holds workshops and classes for Palestinians and Jews of all ages and walks of life, grooming agents of social change who can promote a true dialogue of equality in their chosen fields. Over the years, some 65,000 Jews and Arabs have taken part in these peace, justice and reconciliation projects.

Blogger and feminist activist Samah Salaime, who lives with her family in the village, said in an interview with Al-Monitor this week that hundreds of families are knocking at the doors of the small village and its school. “My Jewish neighbors don’t need the nationality law that seeks to split my people and discriminates against me,” says Salaime, born 40 years ago to a Palestinian refugee family from the northern Israeli village of al-Shajara (now the Jewish community of Ilaniya). She declares that native Palestinians such as herself will remain here for eternity in spite of discriminatory legislation like the nationality law. Salaime argues that the nationality law actually challenges Jews on issues they seek to evade, such as the question of the “Jewish people's” identity, the contradiction between being an occupier and a “free nation” and the borders of “our land.”

Boaz Kitain, one the village's first residents, told Al-Monitor he and his friends are violating the spirit of the nationality law, since the mission of the community’s selection committee is to ensure equal numbers of Jews and Arabs in the village rather than limiting it to Jews. Kitain, the former principal of the School for Peace, says he is particularly concerned by the prevailing view, especially among his religious Zionist friends, that equality is not a value nor a goal. “They want everyone to know that we, the Jews, are the lords of the manor, and that all the rest do not have and should not have rights equal to those we deserve.”

“Neve Shalom, Wahat al-Salam, is true to its name,” says Kitain. “Today, more than ever, it stands out as a desert oasis, with the changes in the political climate around us threatening to desiccate everything that’s good and the evil winds turning the desert into a more desolate and threatening place than ever.” Kitain’s personal story illustrates that the Israeli reality and the Israeli-Arab conflict do not stop at the village gates. The decision by his son, Tom, to serve his compulsory military service and his death in a 1997 helicopter disaster stirred controversy over his commemoration in the small community.

“Some had a hard time digesting the army, the uniform and our desire to erect a monument in Tom’s memory in the village,” says Kitain, who is also active in the forum of bereaved Israeli and Palestinian families. “It was painful, we paid a price, but we got through it.” Three years on, a harsh argument broke out over Kitain’s invitation to light a torch at the annual Independence Day ceremony on Jerusalem’s Mount Herzl to honor education for peace and co-existence. That was under Labor Prime Minister Ehud Barak. These days, the days of the nationality law, residents of a Jewish-Arab community must console themselves with an invitation to the national holiday of Switzerland.

In her book, “Against All Odds: The Story of a Binational Village," professor Amia Lieblich defines Neve Shalom as “a human laboratory researching in real time the central riddle of our existence here: Is integration possible, despite it all? How does an ideological community exist in a divided world, with all the attendant arguments, divisions, mutual guarantees, struggles and achievements?”

Psychology professor David Bar-Gal started his review of the book by quoting Sigmund Freud, who believed man was innately evil and that destructive tendencies were imprinted at birth. He claimed any element contributing to the establishment of affinity among human beings, engendering cooperation among them and feelings of community solidarity, can help thwart war. “The community of Arabs and Jews living together in Neve Shalom,” Bar-Gal wrote, “is taking a small but significant step forward toward shaking off this calamity.”

Kitain insists on believing that flourishing islands such as this village will survive in the political Israeli desert and will help it bloom when Israelis decide once again to strive for an end to the conflict and for reconciliation. Blessed is the believer.