Iran maneuvers to protect its interests in Syria

Iran’s strategy on Syria enters a more proactive phase as the Islamic Republic maneuvers to keep its interests, including its partnership with Russia, intact. 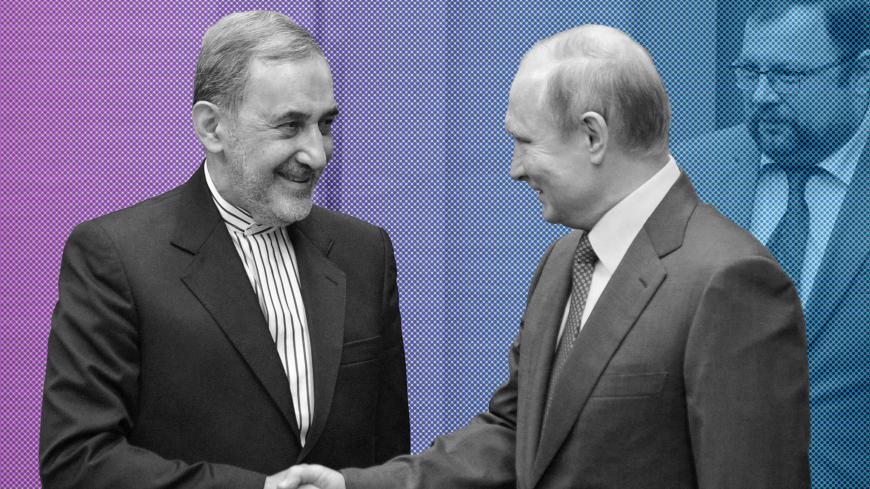 The Finnish capital, Helsinki, turned into the main center for international diplomacy July 16 by hosting a long-awaited summit between US President Donald Trump and his Russian counterpart, Vladimir Putin. Meanwhile, as Iran and Syria topped the agenda of the two presidents’ discussions at the summit, Tehran was trying to adapt its Syrian strategy by sending special envoys to Moscow and Damascus.

Five days prior to the meeting, on July 11, Supreme Leader Ayatollah Ali Khamenei's foreign policy adviser Ali Akbar Velayati traveled to Moscow to deliver separate messages from Khamenei and President Hassan Rouhani to the Russian president. Although the visit was primarily aimed at cementing cooperation with Russia in the aftermath of the US withdrawal from the nuclear deal, a great part of Velayati’s discussions in Moscow was focused on the Syrian issue and the Iran-Russia partnership in the war-torn country.

Upon his arrival in the Russian capital, Velayati touched upon Syria, saying that cooperation between Iran and Russia, as well as other countries of the region, is “indicative of an exemplary, strategic and long-term partnership between the two countries.” The issue was indeed one of the main topics of Velayati’s discussions with Putin on July 12. According to the official statement issued by the Kremlin after the meeting, “The discussion focused on Russian-Iranian cooperation issues as well as the situation in the region, including developments in Syria.”

Although no details have been published on which exact matters concerning Syria were discussed, some of Velayati’s remarks in the days following the meeting could shed light on the Iranian position. In a speech at Moscow’s Valdai Discussion Club on July 13, the top Iranian official said that Iran coordinates its presence in Syria with Russia as well as the Syrian government. Elsewhere in his remarks, Velayati addressed the possibility of a deal between Moscow and Washington over Syria, saying, “I told the Russian officials: Now the Americans are telling you that the Iranians must leave Syria and tomorrow they will ask you what you are doing in Syria.”

It can thus be reasonably explicated that Iran’s message to Russia on Syria contained two main components. On the one hand, the Islamic Republic reiterated its commitment to continue coordinating its moves in Syria with Moscow; this means that the Russians need not worry about the potential for unpredictable actions by the Iranians that might undermine Russia’s interests and initiatives. This could especially be the case with regard to Moscow’s determination to observe Israel’s security concerns in southern Syria, where Tel Aviv appears determined not to let Iranian influence grow as a result of the ongoing military campaign by the Syrian military.

On the other hand, by saying that in case of Iran’s withdrawal from Syria, Russia would be the next to be asked by the United States to leave, Tehran warns Moscow not to compromise on its presence in Syria with Washington. In other words, according to the Iranian leaders, the interests of Iran and Russia in Syria are so tightly intertwined that they cannot be pursued separately; so, if Moscow wants to maintain the balance of power in Syria in its own favor, it would need Iran’s close cooperation on the ground.

Meanwhile, another aspect of Iran’s current approach toward Syria was reflected in the visit of Hossein Jaberi Ansari, a senior adviser to Iranian Foreign Minister Mohammad Javad Zarif, to Damascus on July 15. In a meeting with Ansari, Syrian President Bashar al-Assad “stressed the importance of boosting the bilateral strategic relationship” between Iran and Syria, saying that relations will continue to develop despite “some internal and external threats.” Ansari also had a meeting with Syrian Foreign Minister Walid Moallem, in which the two sides discussed “the latest political developments as well as issues related to the Syrian Constitutional Committee.” Other topics on their agenda included matters related to the upcoming meeting in Geneva between the three guarantor states of the Syrian cease-fire — Russia, Turkey and Iran — and the UN special envoy, as well as the next round of Syria talks to be held in Sochi July 30-31. The talks will be part of the Astana process and are different from the Syrian National Dialogue Congress, which was held earlier this year in the same city.

As Iran has been persistently declaring that its presence in Syria is legal and upon the official request of the Syrian government, Ansari’s visit to Damascus could be seen as an attempt by Tehran to “renew its mandate” to stay in Syria. In other words, Iran senses that since the Syrian military has managed to retake most of the country from rebel and terrorist groups, Assad’s foreign adversaries — and especially the United States and Israel — are shifting their strategies toward accepting his rule, conditioned on his compliance with their demand to expel Iranians from Syria.

Against this backdrop, having Assad publicly support the development of ties with Iran despite the “internal and external threats” clearly means that the Islamic Republic is not about to let its interests in Syria be affected by external pressures. At the same time, Jaberi’s comprehensive portfolio in his talks with Muallem — ranging from developments on the ground to the Constitutional Committee and from Geneva to Sochi — is an indication of Iran’s determination to play an active role in all political frameworks when it comes to the future of Syria.

With the prospect of US-Russia collaboration ahead — as indicated by Trump and Putin — and as Israeli airstrikes in Syria continue, Iran appears to have devised a dual-aspect precautionary strategy to preserve its interests in Syria. The Islamic Republic believes that although Russia is neither able nor willing to expel it from Syria for now, possible political pressure on Assad as collateral damage of a US-Russian agreement together with Israel’s military pressures may change the viewpoint of the Syrian government toward cooperation with Iran. As such, by sending special envoys to Moscow and Damascus, Iran is seeking to keep Russia committed to its partnership while also moving to prevent Assad from giving in to the pressures.