Iranian Americans are unsure whether the Donald Trump administration intends to press for regime change in Iran or pursue eventual diplomatic outreach. 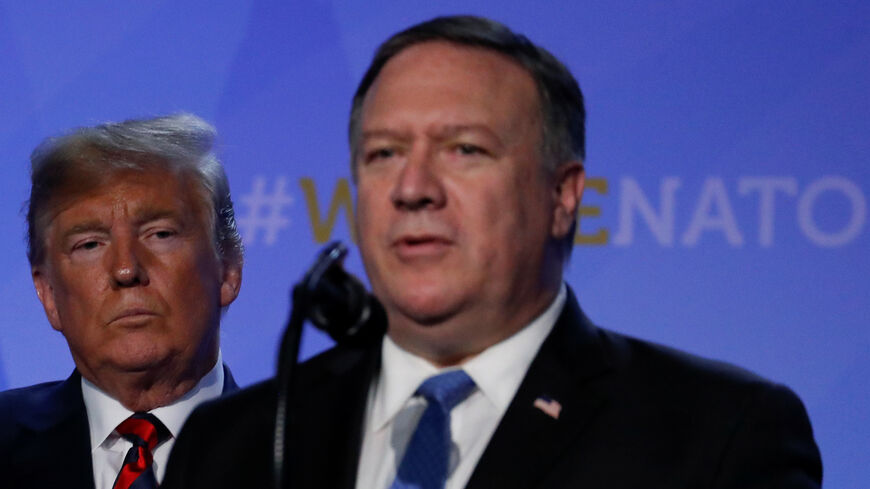 “To Iranian President Rouhani: NEVER, EVER THREATEN THE UNITED STATES AGAIN OR YOU WILL SUFFER CONSEQUENCES THE LIKES OF WHICH FEW THROUGHOUT HISTORY HAVE EVER SUFFERED BEFORE,” Trump tweeted late on July 22. “WE ARE NO LONGER A COUNTRY THAT WILL STAND FOR YOUR DEMENTED WORDS OF VIOLENCE & DEATH. BE CAUTIOUS!”

What had provoked Trump’s ire was apparently aides recounting comments Rouhani had made earlier on Sunday to a gathering of Iranian diplomats that they had interpreted as menacing.

Trump’s hawkish national security adviser John Bolton, in a statement to journalists on July 23, sought to reinforce the presidential threat of force on Iran.

“I spoke to the president over the last several days, and President Trump told me that if Iran does anything at all to the negative, they will pay a price like few countries have ever paid before,” Bolton said in a statement sent to White House reporters on Monday.

Uncertainty over whether Trump’s newly threatening language toward Iran signaled possible military escalation — or could be a prelude to eventual diplomatic engagement with the Islamic Republic — was echoed in Iranian Americans’ reaction to Pompeo’s speech Sunday night. In a speech titled “Supporting Iranian Voices,” Pompeo told an audience of about 1,000 people that he recognized that the Iranian American community has diverse views. But he said the Trump administration would pursue severe economic sanctions on Iran’s oil and banking sectors to try to pressure the Iranian regime to change its behavior both abroad and at home.

“I recognize the Iranian diaspora is diverse,” Pompeo told the audience at the Ronald Reagan Library in Simi Valley, California. “But I think everyone can agree that the regime in Iran has been a nightmare for the Iranian people.”

“To our Iranian American friends, tonight I want to tell you that the Trump administration dreams the same dreams for the people of Iran as you do, and through our labors and God’s providence that day will come true,” Pompeo said.

In addition to pressing countries around the world to reduce their import of Iranian oil to as close to zero as possible, Pompeo said the Trump administration would pursue efforts to circumvent Iranian regime controls on the internet and to provide 24/7 US-funded Farsi language broadcasting and social media to champion Iranians who want to challenge the Iranian regime over its spending in support of Syrian President Bashar al-Assad and Lebanese Hezbollah.

“The goal of our efforts is to one day see Iranians in Iran enjoying the same quality of life that Iranians in America enjoy,” Pompeo said.

Later, in a brief question and answer session, former California Gov. Pete Wilson asked Pompeo what the Trump administration saw as the best way to support Iranian peoples’ aspirations for a less-repressive government.

“The mission set for our team is clear,” Pompeo replied. “It’s to deny the Iranian leadership the resources, the wealth, the funds, the capacity to continue to foment terrorism around the world and to deny the people inside of Iran the freedoms that they so richly deserve.”

Wilson asked, “What could be a basis for reconciliation between the United States and Iran?” Pompeo at first sighed and conveyed personal skepticism that Iran would be willing to make the changes in its behavior demanded by the US administration to get to the negotiating table with Trump. But then Pompeo seemed to hesitate and noted Trump’s reversals on North Korea and his occasional expressions of enthusiasm for making a new deal with Iran.

“The president has made clear he would love that, he would welcome that,” Pompeo said. “I’ve now made three trips to Pyongyang, a regime that has treated its citizens in a way that also denies them their freedoms.”

He continued: “The president has said if we can get this change, if we can get the leadership to make a strategic decision about how to ensure its well-being and the well-being of its peoples, that we’re prepared to have a conversation and to discuss how that might proceed. The president has stated at least once, perhaps more than once, that he is prepared to do that with the leadership in Iran, but not until such time as there are demonstrable, tangible, irreversible changes in the Iranian regime that I don’t see happening today. But I live in hope.”

Roxana Ganji, an Iranian American pro-democracy activist based in Los Angeles who attended Pompeo’s speech, said she was enthusiastic about Pompeo’s remarks until he left open the possibility that Trump might decide to engage with the current Iranian regime at the end.

“I loved it, all the way to the last two to three minutes, when [Pompeo] said that President Trump would welcome the regime sitting with us,” Ganji told Al-Monitor in a phone interview after the speech.

“This is what happened with the Korean guys, scary,” Ganji said. “Pompeo himself knows that Trump may decide to do it.”

The changes that the Trump administration is demanding of Iran if it wants to pursue engagement with the United States are tantamount to regime change, Iranian American pro-democracy activist Pooya Dayanim said.

Dayanim added, “I think if you look at the 12-point speech Pompeo gave at the Heritage Foundation in May, even if you get only seven or eight of them, Iran would be a fundamentally different country. It would not be a revolutionary state anymore.”

There are three broad preconditions that the Trump administration is demanding from Iran in order to pursue diplomatic relations, said Marjan Keypour Greenblatt, an Iran-born human rights activist.

“My understanding from State … is there are three conditions for normalizing relations,” said Keypour Greenblatt, who heads the Alliance for Rights of All Minorities. “Abandon its terrorist ambitions. The elimination of its nuclear program. Show respect for their own civilians.”

“If these conditions were to be provided, most of us Iranian Americans would welcome engagement,” Keypour Greenblatt said.

Alireza Nader, a Washington-based Iranian American pro-democracy activist, praised the Pompeo team for reaching out to Iranian Americans, but said the focus should be on the follow-up to the speech.

“Some [of what the Trump administration has demanded of Iran] is for the regime undoable,” such as withdrawing its support for Hezbollah, Nader said. “But once the sanctions are snapped back and the oil exports in November go down, I think the regime will seriously consider negotiating. … Even if it negotiates and the US lifts its most serious sanctions, can the regime … pull out of the crisis? The regime may have to pay a very steep price, or get its act together.”

But Jamal Abdi, the vice president for policy at the National Iranian American Council, said he was worried that the Trump administration has convinced itself that its maximum pressure campaign will be more effective than it may prove to be.

“I am worried they are buying their own propaganda, and they don’t really have a plan,” Abdi told Al-Monitor. “They believe they can collapse the economy and bring things back to a magical point when they thought Iran was on the brink of such economic dire straits that the US could demand anything it wanted, and if not, they could … destabilize it.”

“At the end of day, the policy seems largely driven by governments in the region — the Saudis and Israelis, who want to weaken and destabilize Iran so that it is less able to project power outside of its borders,” Abdi said. “If they can weaken Iran and create that turmoil, they think that is fine for them. But there are true believers in the Trump administration who do want to topple the government.”

“I think they are waiting for the Iranians to do something stupid, and say the time has come” to take military action, Abdi said.