Although Ankara seems determined to reach the PKK stronghold of Qandil in Iraq, it faces many obstacles to sustaining such an operation against Kurdish militants in the punishing mountain region. 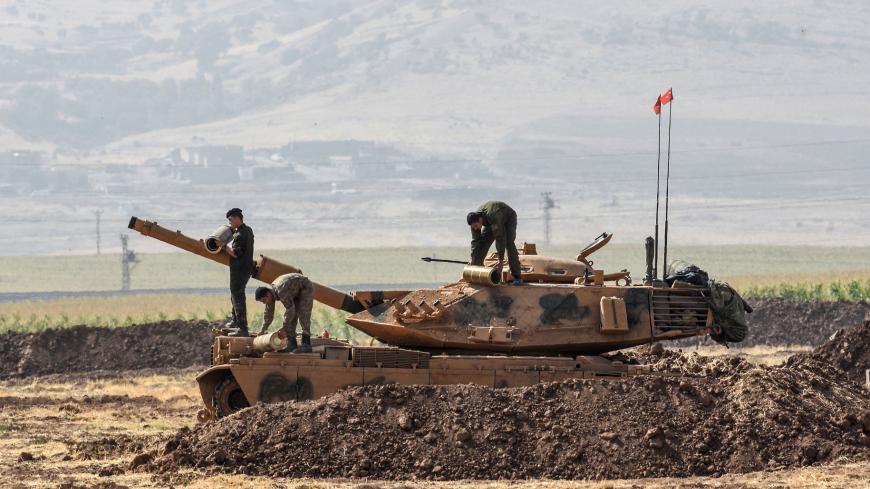 Despite growing tension over the June 24 elections, Turkey’s agenda in recent days has been taken over by its military operation against Kurdish militants in northern Iraq’s Sidekan region.

At the moment, about 1,500 Turkish troops of a commando brigade and a light infantry brigade responsible for border security at Semdinli, along with gendarmerie and army special operations battalions, are trying to open a corridor to advance from Sidekan toward Qandil, the "headquarters" of the Kurdistan Workers Party (PKK).

In the past two weeks, about 1,500 more commandos have arrived as reinforcements, signaling Ankara’s determination to pursue this operation for another one to two months at least despite the threat of extreme weather. Nevertheless, it's too early yet to say the push is a large-scale ground operation. Major attacks on PKK targets in the Qandil region are still being carried out by F-16s using smart munitions, along with assault helicopters and armed drones. Turkey said June 15 it had killed 26 PKK members in a June 12 airstrike. Such attacks show why it would be inappropriate to define the current phase not as an air-supported ground operation, but a ground-supported air operation. As well, the 10 fatalities the Turkish army has sustained since the beginning of this operation have been from roadside bombs and long-range anti-tank guided missiles (ATGM), suggesting that the PKK for the time is refraining from hot contact with Turkish troops and hasn’t yet decided to engage in major clashes.

Politicians in Ankara describe Turkey's end goal using inflammatory language such as "draining the swamp in northern Iraq" and “cutting off the snake’s head” to define wiping out the PKK’s physical presence in the Qandil region.

Turkey’s pro-government media, motivated by the excitement of the approaching elections, are laden with feverish news reports and assessments about “conquering Qandil” and about plans for hoisting the Turkish flag over Qandil in 90 days.

But even as reliable security sources in Ankara emphasize their determination to pursue the operation, they still refrain from discussing the larger picture. One of them speaking to Al-Monitor without giving his name said, “For the time, the basic goal is to create psychological effects and trauma on the PKK. Also, by shifting the struggle against the PKK from northern Syria to northern Iraq, the intention is to erode the legitimacy the PKK has gained with its narrative of combating the Islamic State (IS). Turkey is also telling the United States and other Western countries of its determination, while ensuring that Baghdad and Erbil understand that Turkey’s security starts in northern Iraq. Another intention is to prove to Tehran, which still hesitates, that supporting this operation is doable.”

What picture emerges from a realistic military assessment? As a former soldier who had gone south of Qandil in 2000 on reconnaissance missions, I must first speak of the terrain and weather conditions, which will challenge the Turkish army more than the PKK’s military prowess at Qandil.

Qandil, which is in the Turkey-Iran-Iraq border triangle that offers all these countries excellent opportunities for undetected approach, is a rough, mountainous region with an average altitude of 2,200 meters (7,200 feet) and hundreds of deep gullies, some 150 by 50 kilometers (93 x 31 miles). Mountains become rougher in the north, which is why there are about 600 villages there, mostly in the easiest approach, from the south. Among these rural settlements, not a single one has a population of more than 3,000. Moreover, in the area where PKK militants and villagers live intermixed, the PKK has reinforced thousands of caves with concrete.

The PKK doesn’t have a massive force for Qandil security because it has moved most of its armed detachments to northern Syria, Turkey and northern Iraq. Turkey’s decision to shift its focus from east of the Euphrates to Qandil makes it vital to have reliable, solid intelligence on Kurdish military strength. Also, Qandil's not a region where the United States, Russia or European countries have major interests, which is why Ankara believes other countries won't seriously oppose its Qandil operations.

Based on the number of soldiers currently participating in the operation, the harsh terrain conditions, the PKK’s fortifications and the reality that airstrikes are unlikely to make a serious impact on the ground, the ongoing operation is still not decisive in nature. It’s merely seeking to achieve operational objectives of denying area and limiting the PKK’s mobility into Turkey and northeast Syria.

The psychological impact, however, is strategic. Unless Ankara can get the full support of Baghdad and the Kurdish Regional Government in Erbil in providing sustainable logistic flow to Turkish outposts south and southwest of Qandil, this operation can't last past September. Because of extreme weather conditions and low visibility from October to March in Qandil's mountainous north, it would be nearly impossible to provide logistical support to the 10 military outposts recently established on roads from the north. In tactical terms, depending on outposts and passable roads for logistic flow and rotation of troops constitutes lethal vulnerability, as the PKK will surely rely on roadside bombs and ATGM ambushes to limit the Turkish military's mobility.

Turkey needs Tehran’s full military support for opening another advancement corridor from the east and northeast to reach Qandil. It also needs Baghdad and Erbil to provide active military support in the south. Without that help, Turkey is looking at a large-scale (maybe more than 30,000 soldiers) joint operation (Turkey-Iran-Iraq) designed as siege warfare and lasting at least a year. Otherwise, Ankara won't be able to get effective results.

It now seems that Tehran has been concentrating more on the activity of the Party for a Free Life in Kurdistan (PJAK), the PKK affiliate in Iran, and has limited its cooperation with Ankara against cross-border smuggling, and on border security and intelligence sharing about PJAK. Unlike Ankara, Tehran seems to have no strategic culture or ability to fight the PKK outside Iran's borders, particularly in Iraq. One should also remember that Tehran has announced several times that it has no intention of supporting Ankara’s operation against the PKK in northern Iraq, at least for now. Tehran’s support for this operation seems highly unlikely, despite optimistic pronouncements by some Turkish officials.

Washington’s stance has a direct impact on the operation evolution because the United States currently controls northern Iraq’s airspace. Ankara is drastically increasing its aerial activities in northern Iraq, which requires US consent and direct operational coordination, and more strategic and diplomatic synchronization.

The United States will criticize the operation if it thinks it will curtail the PKK’s logistic routes or impede delivery of personnel and logistic support to northern Syria — and, at the end of the day, if it will severely weaken the People's Protection Units (YPG) in Syria. The Kurdish YPG is the only armed group partnering with the United States in northeast Syria, and it operates under the umbrella of the Syrian Democratic Forces.

What will be the near-future prospects of Turkey's Qandil endeavor? In the past four weeks, six Turkish soldiers were killed in this operation, mainly by the PKK's A4 and Milan ATGM fire. This makes a hot issue out of Western countries’ programs to train and equip Kurdish fighters to expand their capacity in the fight against IS. One should note that the PKK has either been buying these new ATGMs on the black market in northern Iraq or transferring ATGMs delivered by the United States to northern Syria to fight IS. The ATGM issue is likely to become a new "diplomatic combat" issue between Turkey and those countries delivering ATGMs to northern Iraq and Syria — an issue that rises with the number of Turkish casualties from ATGM attacks.