Turkey has slowed its military operations in Syria and appears to be shifting attention to northern Iraq to intensify operations against the Kurdistan Workers Party. 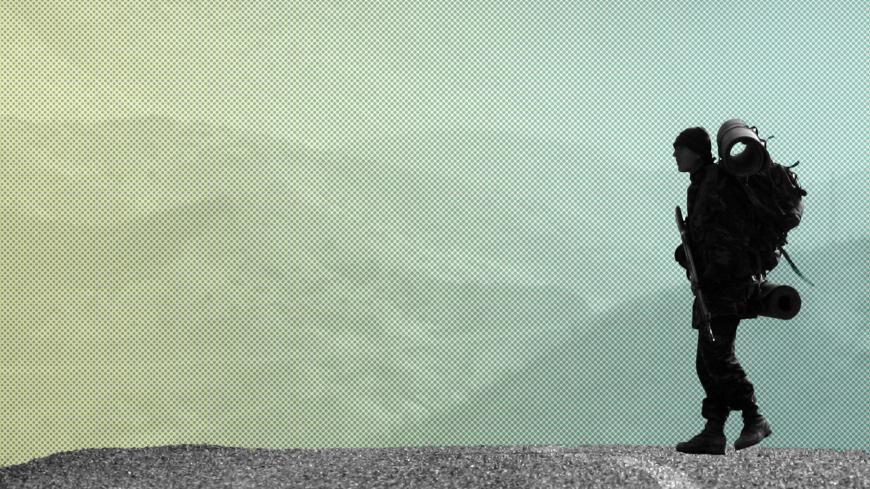 A Turkish soldier patrols a road near the Turkey-Iraq border in the mainly Kurdish southeastern province of Sirnak, Turkey, Feb. 29, 2008. - MUSTAFA OZER/AFP/Getty Images

With heat from the United States, France and even Russia, Turkey is being discouraged from pursuing further action right now in northern Syria and is instead focusing on Iraq in its fight against Kurdish militants. In addition, with the Kurdish groups pulling out of Iraq's Sinjar region, Turkey no longer has an excuse to launch a military operation there — so Ankara for now has to be content with conducting low-profile military missions around other parts of Iraqi Kurdistan.

Since the end of March, Turkish commandos have been quietly putting up military outposts in the mountainous Sidekan area of Iraq, north of Hakurk, which is adjacent to the Qandil Mountains, where the Kurdistan Workers Party (PKK) has its main headquarters. Turkey and other countries, including the United States, consider the PKK a terrorist organization.

Turkish warplanes in the past six months have frequently attacked Sidekan, where the PKK has many temporary and fixed bases south of Turkey’s Semdinli that the PKK uses to infiltrate Turkey.

Turkey’s pro-government daily Yeni Safak on April 8 confirmed the Rudaw report and said Turkey has been conducting discreet operations in northern Iraq for two months. Turkey controls "a corridor from Silopi-Cukurca-Hakkari" in Turkey into northern Iraq, the newspaper report said.

Yeni Safak claimed these are sweeping actions potentially leading up to an "Operation Tigris Shield” against the PKK; so far Turkey has set up six new military outposts in Iraq.

“In recent days, Turkish commandos have advanced toward the Soran area under [Kurdistan Regional Government Prime Minister Nechirvan] Barzani’s control and reached Sidekan town. Turkish troops that have asserted their control on all points north of Erbil-Dahuk have also imposed control over many villages in the region,” the newspaper said.

The Sidekan region is mountainous terrain just south of the Turkish border town of Semdinli and in the northern Choman district on the Iranian border, overlooking the Barazgir and Dooramolk plains. Sidekan is a critical passage to Turkey from the PKK-controlled Qandil and Hakurk regions. 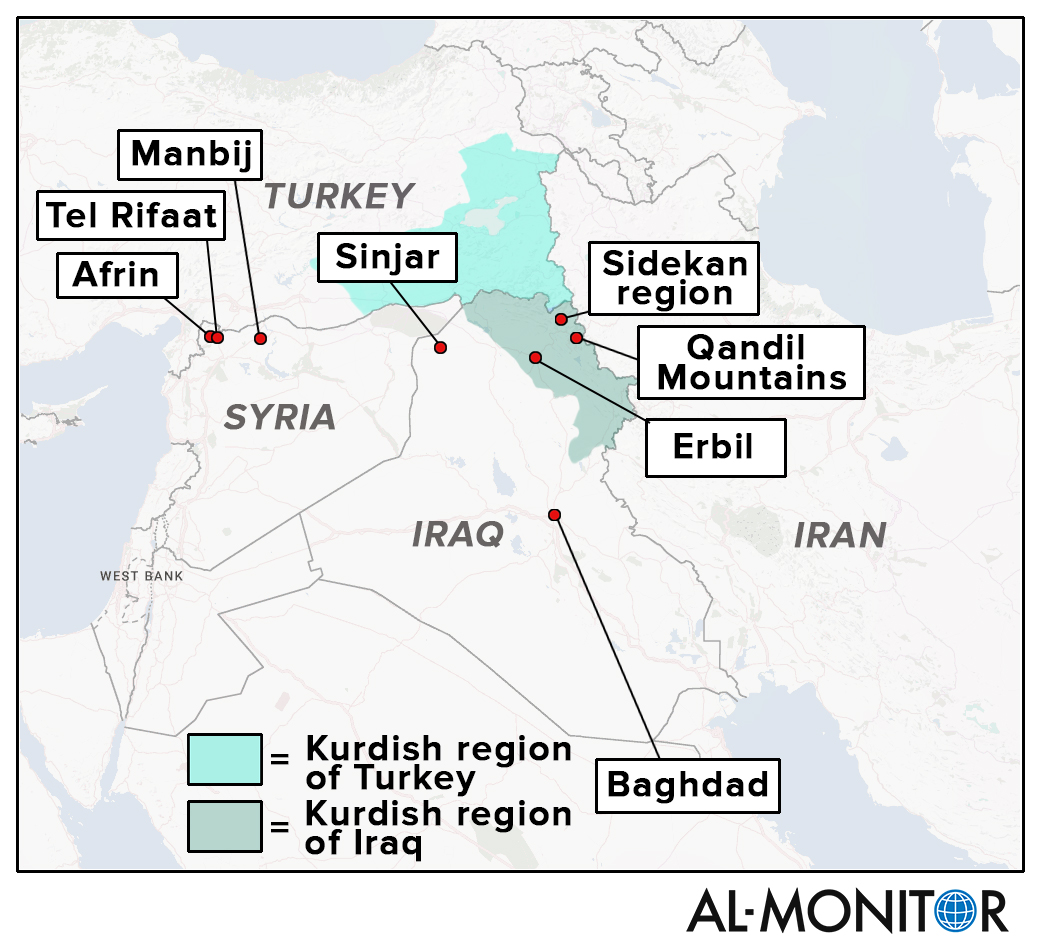 This is how the Turkish army is filling the empty region between its units nearby in Turkey, on northern Iraq’s Diyala-Amedi-Bamarni line, and its armored and command units at Kanimasi.

The operational map indicates that the Turkish army plans to use the corridor it opened to Sidekan to surround the Hakurk area and isolate Qandil from west to south. In other words, without saying it in so many words, Ankara wants to use this military corridor to reach Qandil.

Military engineering works by Turkish troops at Sidekan suggest they intend to stay in the area a long time. Turkish commandos who deployed at Siro Mountain and Geliya Resh hill control mobile bridges placed at Sidekan on the river that splits the Haci Beg area. Construction work opening roads to the positions built on dominating land features continues at full pace.

While the KRG at Erbil maintains its silence on Turkish military activities and doesn’t react to statements from Ankara warning that there may be operations against the PKK in northern Iraq, the central Iraqi government in Baghdad voices occasional reactions. In general, when Turkey’s potential intervention in Iraq to take on the PKK is mentioned, the public doesn’t think of Sidekan, but Sinjar, which is a critical location when it comes to connecting with Syria.

The PKK announced it had evacuated Sinjar on March 23 after Turkish President Recep Tayyip Erdogan said Turkey “may suddenly arrive in Sinjar one night.”

“After the PKK withdraws, foreign forces cannot come and occupy any part of Iraq,” Iraqi President Fuad Masum said April 14. He also expressed his concerns over an operation in Sinjar similar to the one in Syria’s Afrin.

Ankara is aware that its military actions against the PKK have no legitimate reason to continue in northern Syria. Moscow obviously isn't keen on Turkey expanding its Afrin offensive toward Tel Rifaat and wants Ankara to give priority to erecting de-escalation outposts around Idlib. Meanwhile, Washington and Paris are signaling that they are against Turkey stepping up the offensive first toward Manbij and then east of the Euphrates. Not to be overlooked is Iraq’s posturing against a Turkish military intervention at Sinjar.

But Turkey is now at fever pitch over the snap presidential and parliamentary elections set for June 24. Public opinion polls on Turkey's Operation Euphrates Shield and the Afrin offensive concluded that when a cross-border operation targets the PKK, the Turkish public's approval never goes below 70%. Of course, Erdogan and his Justice and Development Party are perfectly aware of this; hence Ankara is likely to continue such operations against the PKK in the coming weeks.

However, as emphasized above, it is not easy for Ankara to maintain its military actions against the PKK-linked People's Protection Units, given Syria's current state of affairs. Since the PKK announced its withdrawal from Iraq's Sinjar, Turkey has no pretext that would allow it to insist on an operation there.

Ankara is thus left only with the option of operating in northern Iraq and the Sidekan region; this could mean it will step up its efforts to open a military corridor to Qandil.

Ankara has been trying to persuade Iran to conduct a joint operation against Qandil for the past two years. So far, Tehran has refrained from any military action against the PKK-linked Kurdish groups in Iran and across the border in Iraq, and has not signaled it will comply with Turkey’s request. Baghdad is also unwilling to risk an operation at Qandil because of its general elections set for May. The KRG’s capital of Erbil is keeping mum while trying to soften Turkey’s anger over the Kurdish independence referendum last year. Barzani can even offer military support to Ankara to disrupt the growing political profile of the PKK in Sulaimaniyah, as Barzani's Kurdistan Democratic Party sees the PKK as a rival.

The bottom line in all this activity is that we are likely to hear much more of Turkey’s military actions in northern Iraq, rather than in Syria.