Turkish President Recep Tayyip Erdogan's re-election was seen in Russia as a sign that Ankara would maintain its current policies in Syria and perhaps diverge further from Washington. 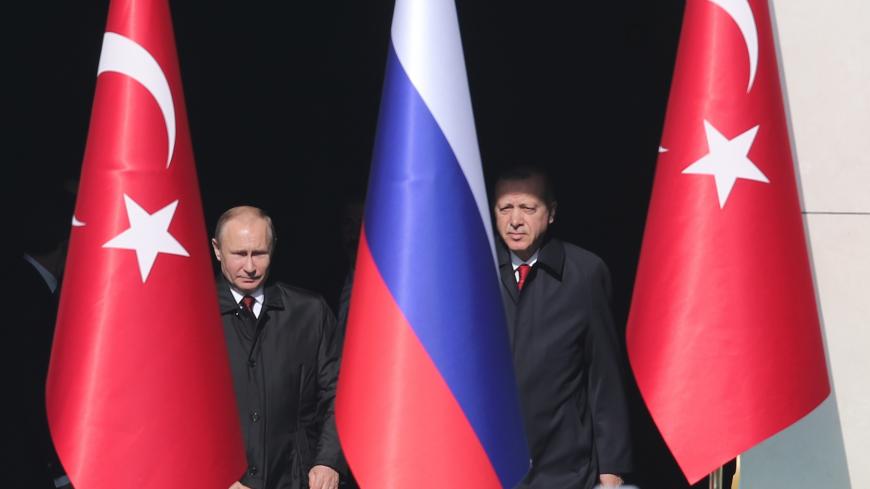 Russian President Vladimir Putin was among the first world leaders to congratulate Turkish President Recep Tayyip Erdogan and his party following their electoral victory. On June 25, the day after the vote, Putin sent a telegram congratulating Erdogan on his re-election as the president of the Turkish Republic and the victory of the Justice and Development Party in the parliamentary election.

Later that day he called his Turkish counterpart to wish him success in “further state administration.”

“The presidents confirmed their mutual interest in expanding partnership between the two countries and noted as priorities joint strategic energy projects, including the construction of the Akkuyu Nuclear Power Plant and the TurkStream pipeline. President Putin and President Erdogan agreed to maintain close cooperation in the Syrian conflict resolution,” said the Kremlin statement.

Much warmer greetings came from Vladimir Zhirinovsky, a Russian politician and leader of the nationalist pro-Kremlin Liberal Democratic Party of Russia, who back in his academic years majored in Turkish studies and speaks Turkish. He sent a telegram with congratulations to Erdogan. Zhirinovsky believes that the Turkish people “made the right decision.”

“I have said many times that our countries will benefit from [the bilateral] cooperation. We can ensure Turkey’s security with our weapons, offer our technology. Turks can supply us with their products and offer our tourists beaches. Turkish construction companies have a good reputation in our country. Together we can become a powerful force throughout Eurasia,” said Zhirinovsky.

He also said that he and some of his party members are counting on an invitation to the inauguration. "I have no doubt that by 2023, under the leadership of President Erdogan, the country will flourish.”

Almost all Russian media sources covered the Turkish elections. Rossiya 1, the second-most popular state-run Russian TV channel, in its daily news program “Vesti” showed a three-minute report about mass celebrations of Erdogan’s victory in Ankara and Istanbul. The report showed some short interviews with Erdogan’s supporters who voted for him and the ruling party. However, no one from the opposition or those who voted against Erdogan was mentioned.

“There are American military bases on Turkish territory. This country is a member of NATO, but despite the tough reaction of the United States, it is still buying the S-400 Triumph missiles from Russia. We have a lot of joint projects,” Vesti’s report stressed.

The print media provided more analytics. Daily newspaper Izvestia wrote that the strengthening of Erdogan’s presidential powers will not affect Turkey’s foreign policy. “Erdogan will continue to use anti-Western rhetoric and to develop relations with Russia.”

Rossiyskaya Gazeta, another Russian daily newspaper, also believes that serious changes should not be expected in Ankara’s foreign policy. “Most likely, Erdogan, who has received additional levers of governing, will try to pursue a more independent policy toward Washington.”

Online newspaper Pravda.ru stressed that the recent Turkish election results mean that the country is returning to the Eastern tradition — focusing on individuals, not institutions. “The parliament included parties that … prioritize cooperation with the Turkic subjects of the Russian Federation. It must be used to consolidate cooperation with Turkey, in order to weaken the southern flank of NATO and prevent the Americans from dividing Syria.”

Most Russian experts came to conclude that Erdogan’s re-election means that Russian-Turkish relations remain positive and all existing projects will be saved.

In an interview with Russian media source News Front, Amur Gadgiev, an expert from the pro-government Center for Modern Turkish Studies, said that Erdogan’s re-election means “predictability in Turkey’s foreign policy.” Gadgiev believes that Erdogan will continue to develop good ties with Russia and pay attention to Turkey’s Eurasian policies.

“Russia and Turkey will continue to closely cooperate in Syria. Turkey’s Syrian policy has changed since [former Prime Minister] Ahmet Davutoglu left his office. Now Turkey is acting according to its security interests. Turkey has assessed the situation in Syria. Now its Syrian policy is based on neorealism. Ankara understands that Turkey cannot rely on the Syrian opposition, which is very diverse and has shown its incompetence,” Gadgiev added.

Ilshat Saetov, an expert from the Institute of Oriental Studies of the Russian Academy of Sciences, believes that no change in Turkey's policy can be foreseen. “I do not think that there will be any drastic changes now, it will be plus or minus the same.”

Erdogan's popularity is connected with the strengthening of Turkey as a center of power in the system of international relations, said Vladimir Avatkov, from Russia’s Diplomatic Academy. According to the Avatkov, Erdogan’s Turkey poses itself as an independent player with its own interests.

However, Nikita Isayev, the head of the Institute of Contemporary Economy, believes that Erdogan’s re-election does not mean that the talks with him will be easier now. “Turkey is cooperating with Russia’s Gazprom in the construction of the second line of the Turkish Stream, which will supply gas to southern Europe, but at the same time they are developing an alternative Trans-Anatolian gas pipeline,” Isayev said. He also mentioned Syria where, according to him, Erdogan is heading for the restoration of the Ottoman Empire. “Russia's actions in Syria may not satisfy the Turkish president,” he concluded.

During his election campaign, Erdogan showed much interest in developing good relations with Russia. In one of his latest interviews, on June 22, Erdogan praised Putin as one of the most experienced politicians in the UN General Assembly.

“Speaking about experience, there are two most experienced politicians in the UN General Assembly — I cannot think of anyone else — the first one is me and the other one is Putin.” He said both leaders had been in power for over a decade as presidents or prime ministers of their respective countries, and he boasted having “good, special ties” with Putin.