Despite political estrangement between the Palestinian Authority and the United States over Donald Trump’s decision to recognize Jerusalem as the capital of Israel, security coordination continues between the two sides. 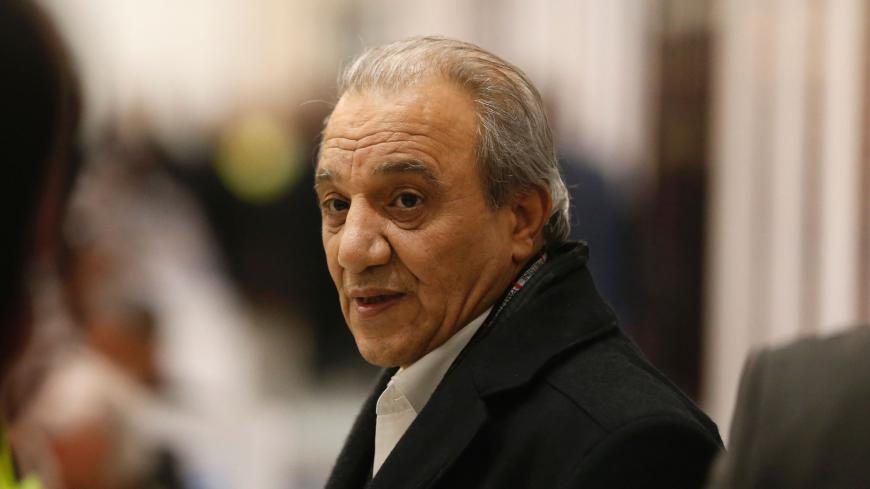 While the Palestinian Authority (PA) has upped its rhetoric against the US administration ever since US President Donald Trump’s announcement late last year recognizing Jerusalem as the capital of Israel, new reports suggest Ramallah and Washington continue to cooperate when it comes to intelligence matters.

Ever since Trump's Dec. 6 announcement regarding Jerusalem, public contact between the two sides has been suspended. On May 15, Palestinian President Mahmoud Abbas recalled head of the PLO office in Washington Hussam Zamlat in protest of the US decision on Jerusalem. Yet despite the diplomatic boycott, Haaretz reported May 28 on a meeting in Washington at the end of April between Palestinian intelligence chief Majid Faraj and Mike Pompeo, who at the time was still head of the CIA but was about to become secretary of state. The meeting came as “part of a close relationship between the two intelligence chiefs, which began last winter,” according to Haaretz.

The article further mentioned that it was the most high-ranking meeting between both sides in the past six months. The men discussed regional security issues that have implications on the region, the meeting of the Palestinian National Council that took place at the end of April and the health of Abbas, “which could signal an American attempt to ensure stability and governance on the Palestinian side in the days after Abbas.”

A Palestinian official close to Abbas, who spoke on condition of anonymity, told Al-Monitor, “Abbas and a few other close associates knew about the meeting between Faraj and Pompeo, which was a security meeting par excellence. Security talks between the Palestinian and American sides have been going on without any interruption, knowing that Pompeo had previously met with Abbas in Ramallah in February 2017 in a meeting arranged by Faraj with senior US intel officials.”

It is still unknown whether Faraj’s desire to nominate himself as a successor to Abbas was discussed during the meeting with Pompeo. The US choices in this matter are based on its security interests and on the candidate who might serve these interests. Many names have been debated in Washington. Perhaps Faraj’s visit to Washington was an attempt to sway the United States into choosing him, especially since his chances were lessened when he was not selected as a member of the PLO Executive Committee at the beginning of May. In December 2016, he was also not selected as a member of Fatah’s Central Committee. These two positions are critical for any candidate to succeed Abbas.

All in all, Faraj’s chances of eventually assuming the presidency may be slim because some Palestinians see him as a collaborator with Israel. In an interview with Defense News Magazine in January 2016, Faraj said that his security forces had foiled 200 armed attacks against Israelis since October 2015 and that the forces are working alongside Israel and the United States.

Yoni Ben Menachem, a former Israeli military intelligence officer, said May 27 that Faraj, who is close to Abbas, has US and Israeli support and the support of some Arab states, which he did not specify, and that Abbas may appoint him as his successor.

Ibrahim Habib, an expert on national security in Gaza, told Al-Monitor, “The Faraj-Pompeo meeting means that the US intelligence services have a close network with their Palestinian counterparts. When Hamas took control of the Gaza Strip in mid-2007 and took over of the intelligence security archive, it revealed strong security cooperation between Palestinian intelligence and the CIA.”

He added, “In fact, Palestinian security personnel train in the US, and US officers oversee the security situation in the West Bank. The Palestinian intelligence service has security attaches in most Palestinian embassies in the world (90 embassies) and security ties with international bodies. They also help US security to track down armed groups in some parts of the world such as Syria and Libya by providing security data.”

There has been speculation in both Gaza and West Bank that Faraj is involved in many security activities in coordination with or directed by the CIA, in countries where there is a Palestinian presence and where Palestinians can easily move, especially in countries with security tensions such as Syria, which are troublesome for the United States and Israel.

US and Libyan sources reported that Faraj was praised by Washington for providing valuable data to the CIA that helped identify the whereabouts of al-Qaeda leader Abu Anas al-Libi, leading to his abduction in 2013.

In Syria, the Palestinian intelligence services, led by Faraj, participated in the release of two Swedish hostages in 2015. The hostages had been held by armed groups since 2013.

Fadi Elsalameen, a US-based Palestinian researcher, told Al-Monitor, “Faraj is well-liked in US security circles and has a strong network of relations with senior CIA officers. His meeting with Pompeo was a personal farewell to him, after years of working together. Their meeting focuses on bilateral coordination to pursue armed groups in the Middle East. The Palestinian issue was not extensively touched on during the talks. Americans are thankful for Faraj’s security efforts, and he is grateful for the training and money.”

Abdel Sattar Qassem, a professor of political science at An-Najah National University in Nablus, told Al-Monitor, “The PA is one of the arms of US policy in the region. There is high-level security coordination between the two sides. Talks about political rupture between Washington and Ramallah are not true, as communication channels are still open between the two sides. The PA cannot sever its relations with the US, as this would be like cutting off its arteries. Faraj and Pompeo could have touched on Abbas’ health issues during their meeting, as Faraj’s name is among the candidates to succeed the Palestinian president. Faraj is seeking to have [full] US support.”